[Brief] All aviation events for the U.S. Navy's giant biennial Rim of the Pacific exercise off of Hawaii have canceled due to COVID-19, and so when the U.S. Navy amphib USS Essex got under way to join the maneuvers, she didn't need to carry her usual complement of aircraft. Instead, since her flight deck and hangar were free, she gave a lift to a collection of WWII-era historic aircraft (and their pilots), which will be participating in the 75th anniversary celebration of the war's end. 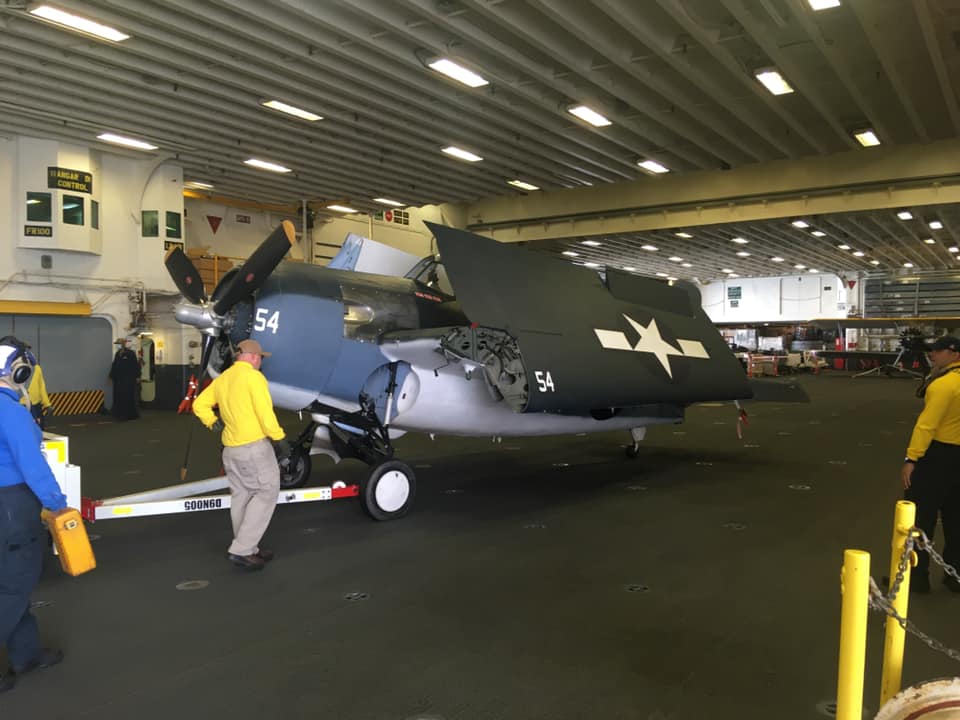 Like other personnel, the planes' pilots and mechanics had to quarantine for two weeks and undergo a coronavirus test before boarding the vessel. Some owners and pilots decided to cancel their participation in the event because of this logistical challenge and the risk of COVID-19, and the aerial component of the celebration will be smaller than planned, two participants told Sequim Gazette.

In commemoration of the victory over Japanese forces in the Pacific, the national organizing body for the 75th anniversary celebration - 75wwiicommemoration.org - is planning a series of events in late August and early September on Oahu. On August 29 and August 30, the WWII-era warbirds aboard USS Essex will conduct a "Legacy of Peace" aerial parade around the island. An official commemoration ceremony aboard the battleship USS Missouri is scheduled for September 2, though the USS Missouri Memorial Association says that it will be a scaled-down event due to the risk of COVID-19. The ceremony is by invitation only and will be live-streamed for the public.