The U.S. Navy has confirmed the recent detection of fast-moving unidentified objects in restricted airspace, pulling a long-running conspiracy theory into the real world of military intelligence.

The acknowledgement follows a string of high-profile revelations about Navy fighter pilots' encounters with unusual aircraft during flight exercises at sea. Three videos from Navy fighter camera footage that were leaked to media in 2017-2018 appear to show oddly-shaped objects moving in ways that exceed the capabilities of known aerospace technology. The video's audio tracks include exchanges between the pilots, who expressed surprise at the objects' speed and movement. 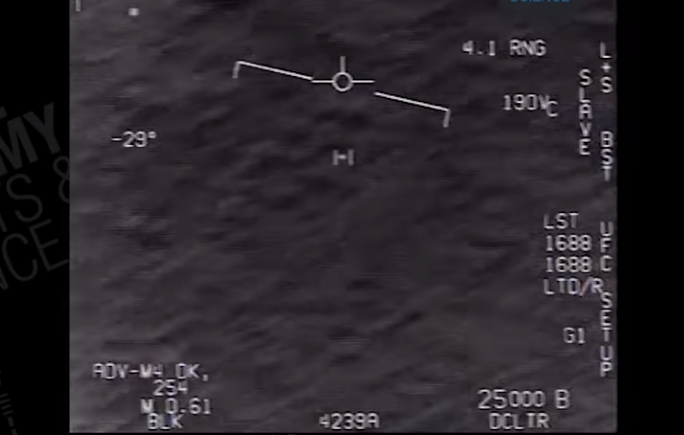 Luis Elizondo, the ex-director of the Defense Department's Advanced Aerospace Threat Identification Program, told media in June that the encounter depicted in one of the videos was confirmed by an observation from a ship-mounted Aegis AN/SPY-1 radar system, the advanced air defense radar carried by Arleighe Burke-class destroyers and Ticonderoga-class cruisers.

The Navy is creating new guidance for reporting the encounters, which it has described as "unexplained aerial phenomena" or "unidentified aerial phenomena." In a recent statement confirmed by Fox News, U.S. Navy spokesman Joseph Gradisher acknowledged that unidentified object sightings have occurred in military airspace and confirmed that the videos depict phenomena that the Navy has not identified.

“The ‘Unidentified Aerial Phenomena’ terminology . . . provides the basic descriptor for the sightings/observations of unauthorized/unidentified aircraft/objects that have been observed entering/operating in the airspace of various military-controlled training ranges," Gradisher confirmed.

Gradisher also provided the dates that the gun camera footage was obtained - the first on November 14, 2004, and the second and third videos on January 21, 2015. Though he confirmed the videos' legitimacy, he declined to speculate on the nature of the phenomena they appear to depict.