On Friday, the U.S. Coast Guard and the U.S. Navy worked together to medevac a sick crewmember whose health condition was deteriorating.

Last Wednesday, Rescue Coordination Center Bermuda received a request for assistance from the tanker Antonis, which reported a crewmember in ill health on board. The center reached out to the U.S. Coast Guard's Fifth District, which responded by contacting two nearby merchant vessels through the AMVER system to ask them to provide the Antonis with needed medical supplies.

An HC-130 Hercules SAR aircraft got under way from Air Station Elizabeth City to deliver additional supplies to the Antonis. The crew airdropped the supply package out of the cargo bay, and the crew of the Antonis recovered it successfully. However, even with the aid, the crewmember's condition continued to deteriorate, and a duty physician called for a long-range medevac. 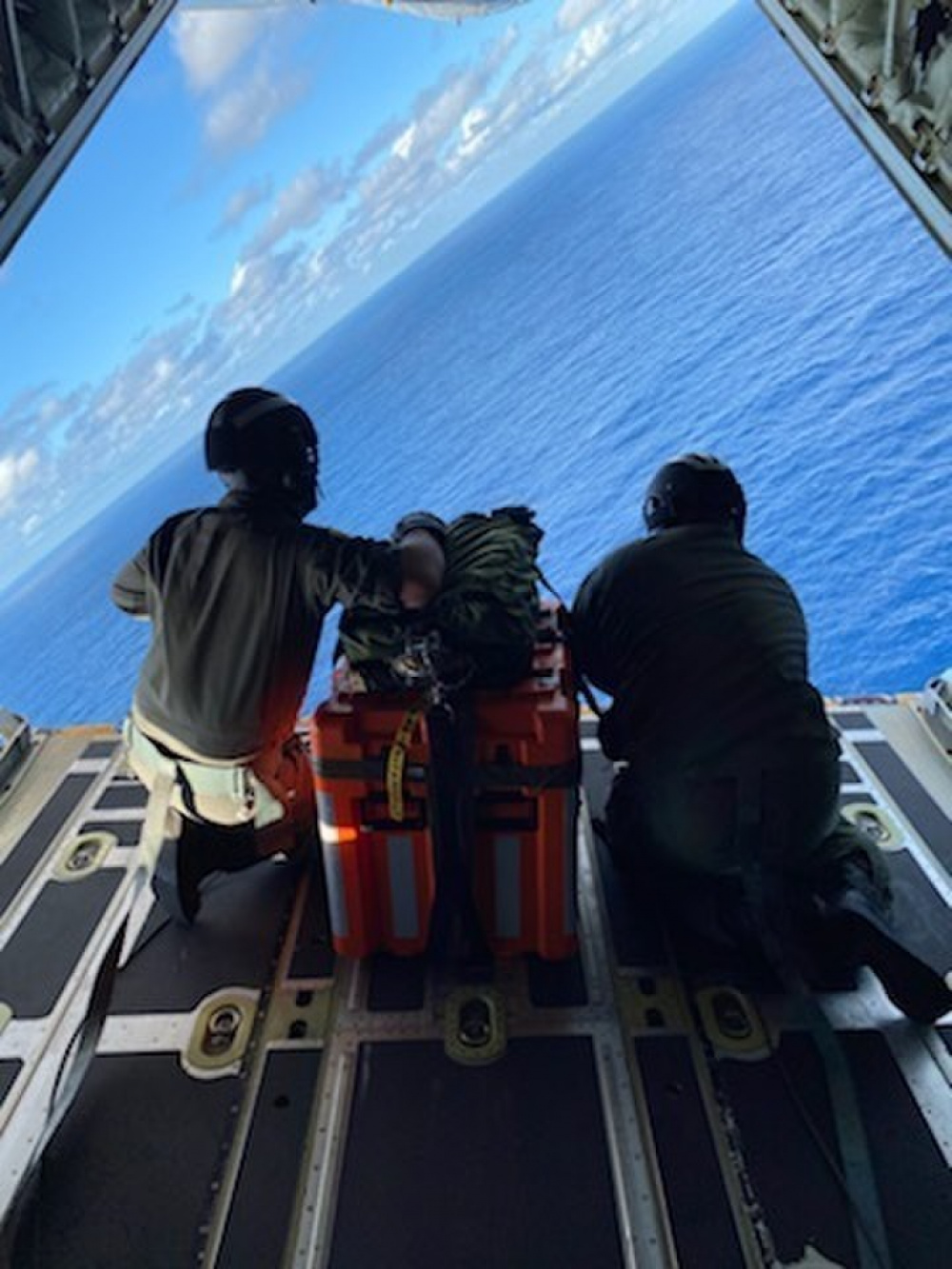 The HC-130 aircrew prepares to airdrop a medical supply package to the Antonis, March 19 (USCG)

At this point, the Antonis was several hundred miles off the coast of Bermuda - well beyond helicopter range for the Coast Guard's East Coast assets. Instead, Air Station Elizabeth City worked out a complex ballet to execute a long-distance medevac. An MH-60 helicopter aircrew departed the station on Friday morning, and at about 1200 hours they touched down on the flight deck of the U.S. Navy amphib USS Arlington to refuel. With their range extended, they continued on the long flight to Bermuda.

Meanwhile, an HC-130 Hercules aircraft ferried a relief helicopter aircrew to meet the MH-60 at an airfield in Bermuda. The relief crew took over the helicopter, then flew out to meet the Antonis at a position about 150 miles off the coast. They hoisted the patient on board at about 1600 hours on Friday, then delivered him to medical care on Bermuda. After the medevac was completed, the helicopter repeated the refueling maneuver with USS Arlington on its way back to Elizabeth City.

“Long-range refueling and rescues at sea require precision and cooperation.  This case is a clear demonstration of the ongoing partnerships that allow us to try to help mariners in distress both near and far from shore," said Rear Admiral Laura Dickey, commander of the Coast Guard’s Fifth District.