On Friday, the Coast Guard cutter Mohawk returned home to Key West after a successful two-month patrol in the Caribbean. Over the course of the mission, the crew interdicted four drug vessels, detained five suspected smugglers and seized about 4,000 pounds of cocaine with a street value of nearly $70 million.

During the patrol, Mohawk’s crew worked with the Dominican Republic navy and Panamanian law enforcement to track down smugglers and deter illegal fishing.

"These interdictions reflect teamwork and the unwavering resolve between the Coast Guard, federal law enforcement, Department of Defense, and our international partners," said Cmdr. James L. Jarnac, Mohawk's commanding officer. "The crew of Mohawk demonstrated remarkable enthusiasm and commitment during the execution of our missions over the last eight weeks, and it remains my pleasure to serve with and for them." 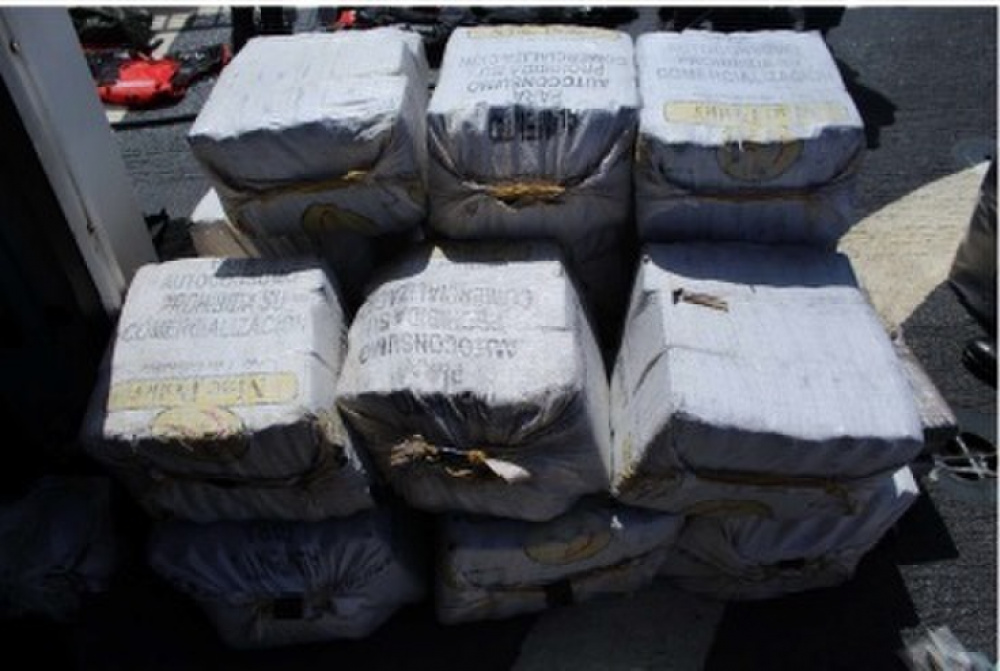 The successful anti-trafficking patrol is just one of four that the U.S. Coast Guard and the U.S. Navy have concluded in the past two weeks. Altogether, the seizures total to nearly $700 million worth of narcotics, almost exclusively in cocaine (by value).

On February 8, the Coast Guard cutter Campbell returned to her home port in Kittery, Maine after two months in the Eastern Pacific. Campbell's crew interdicted or disrupted a total of about 11,600 pounds of cocaine, worth an estimated $215 million. She also apprehended six suspected smugglers.

On the same day, the cutter Harriet Lane offloaded another $200-plus million in seized cocaine at Port Everglades, Florida. The week earlier, on February 1, the LCS USS Gabrielle Giffords delivered about $200 million worth of cocaine captured in the Eastern Pacific to a secure pier at the Port of San Diego.