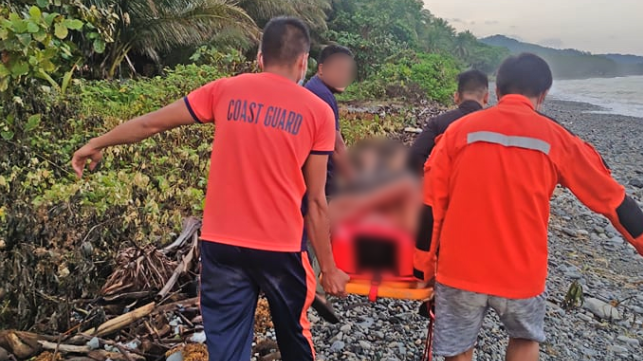 Last week, the crew of a U.S. Coast Guard cutter arrested a fugitive murder suspect in an interdiction and boarding operation off the coast of Puerto Rico.

On Tuesday afternoon, a Customs and Border Patrol aircraft spotted a suspect vessel about 40 nautical miles to the north of Desecheo Island, outside of U.S. territorial seas. Desecheo is an uninhabited wildlife refuge located near the midpoint of the Mona Channel, the strait between Puerto Rico and the Dominican Republic - an area known for smuggling activity.

Coast Guard watchstanders diverted the cutter Heriberto Hernandez to investigate. Once the vessel arrived, her crew launched their small boat with a boarding team. They found that the 22-foot wooden boat was unmarked and appeared unseaworthy, and its three passengers were unable to produce evidence of registration.

Given the condition of the craft, the crew of the Heriberto Hernandez took all three men aboard to ensure their safety. The rescuees all claimed to be citizens of the Dominican Republic, but when the Coast Guard crew conducted biometrics processing, they found that one of the men had an outstanding arrest warrant in Puerto Rico. The suspect was identified as Gustavo Guerrero-Reyes, 37 (aka "Quipin"). Guerrero-Reyes faces charges in connection with a double murder in San Juan in March 2020.

The Heriberto Hernandez rendezvoused with a Dominican Republic Navy patrol boat and transferred the two other passengers for repatriation. The crew then delivered Guerrero-Reyes to the custody of the U.S. Marshals Service at the port of Mayaguez, Puerto Rico.

“This case was complex and the crew of the cutter Heriberto Hernandez did an outstanding job interdicting this voyage and working with our partners from U.S. Customs and Border Protection (CBP) and the U.S. Marshals, which led to the apprehension of a wanted fugitive,” said Cmdr. Beau Powers, Sector San Juan chief of response.