Stretching from Cornwall to Northumberland, the new protections safeguard 12,000 square kilometers of marine habitat, an area almost eight times the size of Greater London. The announcement follows the government’s manifesto commitment to create a Blue Belt of marine protection for Britain’s overseas territories. The U.K. government has called for 30 percent of the world’s ocean to be protected by 2030 and has co-chaired the creation of the Commonwealth Clean Ocean Alliance with Vanuatu.

The rare stalked jellyfish, short-snouted seahorse and blue mussel beds are among the species and habitats that will benefit from the protections.

Gove said: “The U.K. is already leading the rest of the world by protecting over 30 percent of our ocean - but we know there is more to do.” 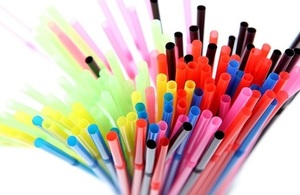 He has also confirmed a ban on plastic straws, drinks stirrers and plastic stemmed cotton buds in England. The ban will come into force in April 2020 and will include exemptions to ensure that those with medical needs or a disability are able to continue to access plastic straws. Restaurants, pubs and bars will not be able to display plastic straws or automatically hand them out, but they will be able to provide them on request.

Even though non-plastic alternatives are readily available, it is estimated that 95 percent of straws are still plastic.

It is estimated there are over 150 million tonnes of plastic in the world’s oceans and every year one million birds and over 100,000 sea mammals die from eating and getting tangled in plastic waste. A recent report estimates that plastic in the sea is set to treble by 2025.

Other recent key government actions include a world-leading ban on microbeads, taking over 15 billion plastic bags out of circulation and consulting on introducing a deposit return scheme to drive-up the recycling of drinks bottles and cans.

Earlier this year, the government launched a consultation on a world-leading tax on plastic packaging which does not contain a minimum of 30 percent recycled content from April 2022.