Two Large Cruise Ships Return to Service in the Mediterranean

Despite continuing waves of the COVID-19 virus in Italy and Europe, both cruise lines were able to start the ships sailing on itineraries from Italy following precautions similar to those they had used on their prior cruise programs. Costa operated one ship in the fall of 2020 but did not resume sailing after a hiatus between Christmas and New Year’s. MSC had resumed service with one cruise ship, the MSC Grandiosa in 2020 and is working to expand operations into the summer of 2021.

Both of the cruise ships that returned to service this week are sailing from western Italy and operating initially in the Western Mediterranean limiting port calls mostly to Italy. The 180,000 gross ton Costa Smeralda is operating from its homeport of Savona, while the MSC Seaside joined her fleet mate in sailing from Genoa.

Costa Smeralda's first cruise features an all-Italian itinerary, with port calls in Civitavecchia, Naples, Messina, Cagliari and La Spezia. While the itinerary is similar to the cruises offered in 2020, Costa also introduced an option of splitting the week-long cruise into three- and four-day mini-cruises.

Costa Smeralda is the first of a total of four ships that Costa has announced will operate in the summer of 2021, offering cruises in the Mediterranean. On May 16, the Costa Luminosa will restart, offering week-long cruises to Greece joined by the Costa Deliziosa in June also sailing to Greece. On July 4, the newly built Costa Firenze will begin her first cruises sailing on a one-week itinerary in Italy. The Costa Firenze was delivered by Fincantieri in December 2020 and has been waiting for its entry into service. Starting in July, Costa also plans to add ports in France and Spain to the Costa Smeralda’s cruises. 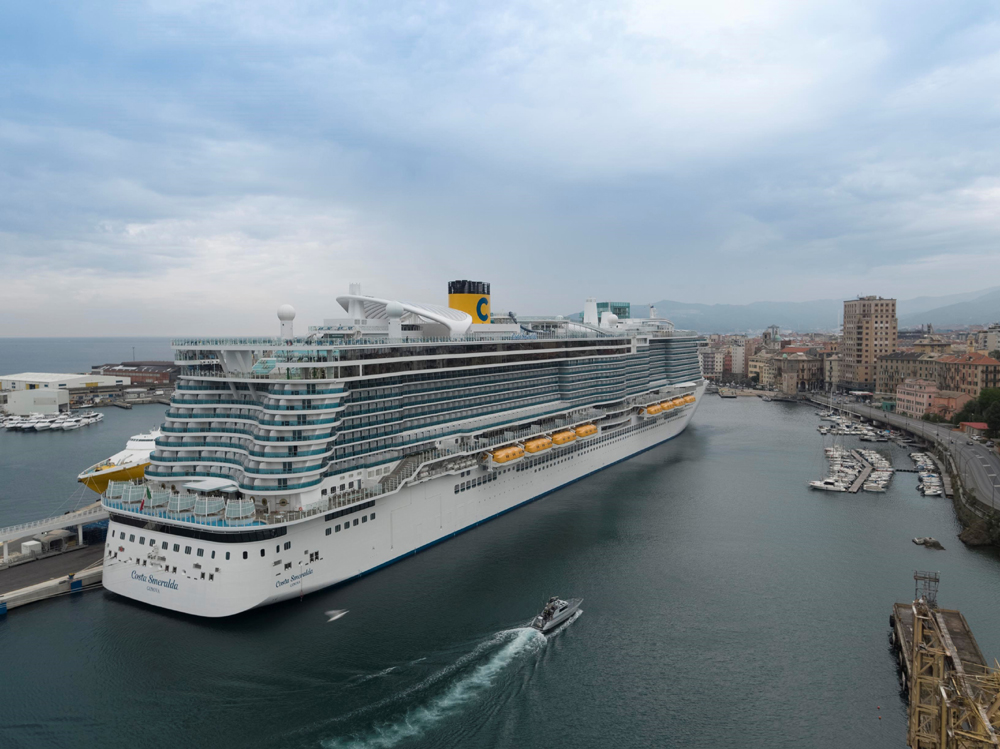 MSC Cruises’ 153,500 gross ton MSC Seaside also sailed its first cruise since the spring of 2020. She joins MSC Grandiosa which has been operating seven-day Western Mediterranean cruises to Italy and Malta. MSC Seaside is offering weekly cruises in the Western Mediterranean, featuring new destinations in Sicily and Puglia, Italy as well as calls in Malta and Civitavecchia for Rome.

Both cruise lines are continuing to implement health and safety protocols including pre-cruise COVID-19 testing for all passengers and repeating the testing mid-week. All crewmembers are also tested before joining the ship. Capacity aboard the ships is limited and excursions in ports are limited to company-run tours. Face masks are being used where appropriate as well as social distancing. Costa also reports that it is doing body temperature checks for all passengers returning to the ship from shore as well as when they enter the restaurants.

The cruise lines plan to continue to introduce more summer cruise programs in the coming weeks. MSC is the first of large cruise lines planning to sail in the U.K. in May with most of the major lines following with cruises in the UK, Mediterranean, and the Caribbean in June.