Expedition cruising with a new generation of vessels offering greater luxury and amenities continues to be one of the fastest-growing segments of the cruise industry. Once focused mostly on the destinations instead of the onboard luxuries, the market has evolved to add more features for passengers aboard the ships while expanding the out-of-the-way destinations featured during the trips.

China Merchant Heavy Industries (CMHI) shipyard in Haimen recently completed construction on the fourth and fifth vessels in the Infinity series being built for vessel owner SunStone Maritime Group of Denmark. The vessels, which are part of the trend of using enhanced technology to expand the market, were handed over on October 21 in China. As is SunStone’s business model, both vessels will operate under long-term charters. The Sylvia Earle will operate with Aurora Expeditions, and the Ocean Odyssey will be with Vantage Deluxe World Travel, which also operates a sister ship Ocean Explorer.

Construction of the first vessel of the class, the Greg Mortimer, began in April 2018 and was delivered in September 2019. She is also operating under a long-term charter to Aurora Expeditions. Each of the ships is 8,500 gross tons and the class was expanded to a total of six vessels. The final ship to be built by CMHI, the Ocean Albatros, was launched in September 2022 and her delivery is planned for the spring of 2023. She will also be on a year-round charter with Albatros Expeditions. SunStone expressed interest in building at least one more vessel but reported the CMHI has declined further orders prompting the company in May 2022 to report it was planning a new class and seeking a new shipyard. 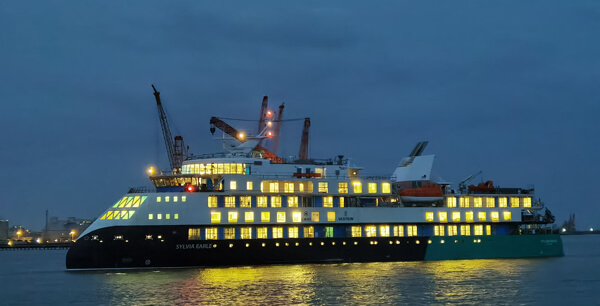 The Infinity class is the product of a collaboration between European design and technology and Chinese shipbuilding. The most distinctive feature of the vessels is the use of the X-Bow by Ulstein Design & Solutions first deployed more than 15 years ago. According to Ulstein, the shape of the bow results in a wave piercing effect at small wave heights, and also reduces pitching and bow impact loads in bigger seas. It is well suited for expedition ships that seek to reach some of the most remote locations and experience heavy seas such as when they are sailing in the Antarctic.

Each of the vessels is about 340 feet in length and 59 feet wide. They have a draft of just under 17 feet. They feature a passenger capacity of between 130 and 200 people and a crew ranging between 85 and 115. The vessels are Ice Class 1A, Polar Code 6, and are built with Safe Return to Port, Dynamic Positioning and zero-speed stabilizers.

The individual operators made some design changes but overall, the vessels are outfitted with Zodiacs for passengers’ exploration and shore trips as well as restaurants, lounges, and observation decks. Among the amenities are a swimming pool and hot tubs as well as a gym and spa. 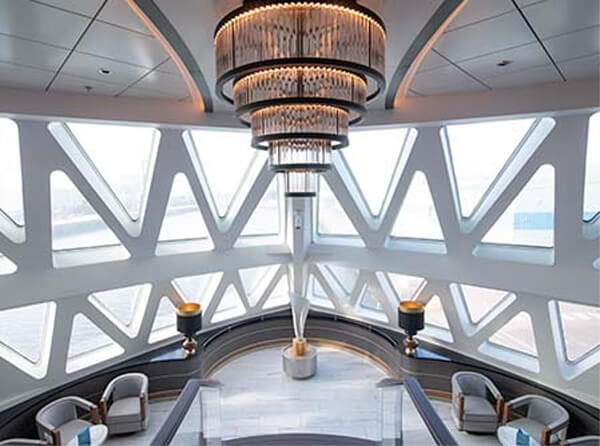 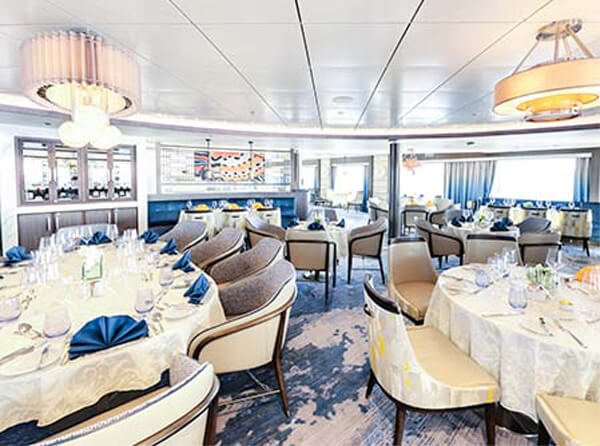