On Sunday morning, the tug Miss Bonnie allided with the Old Bonner Bridge at Oregon Inlet, a waterway in North Carolina's Outer Banks.

The Coast Guard received the report of the allision from a good samaritan at about 1100 hours Sunday. All eight people aboard the tugboat returned to shore safely,with the help of a nearby vessel, and no injuries or pollution have been reported. 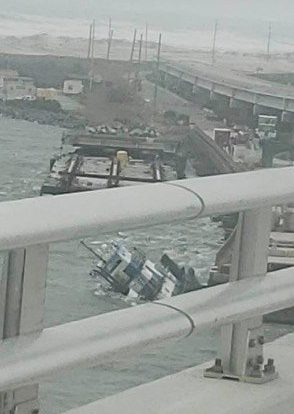 The tugboat is currently semi-submerged and leaning up against the Old Bonner Bridge. The owner is currently working on a salvage plan, according to local media.

The cause of the case is currently under investigation. Early reports indicate that a barge broke away in a storm and allided with the bridge, and the tug may have followed suit and partially capsized in strong currents while attempting to recover it.

Any damage to the the bridge's pilings may be moot, as it is currently undergoing demolition. A replacement opened early this year, and the removal of the old span began in March. A portion of the bridge will be retained as a fishing pier.

On Monday, the U.S. Coast Guard reported that it is monitoring a fuel spill emanating from the hull of the submerged tug. A Coast Guard Station Oregon Inlet motor lifeboat crew reported a sheen near the bridge site at 1000 hours.

The maximum potential for the discharge is 6,000 gallons, but the Coast Guard believes that only 3,000 gallons were onboard. Sorbent boom and containment boom have been deployed around the wreck, and a secondary ocean boom will be deployed Tuesday. A salvage effort to remove the vessel is planned when weather allows.

No impact to wildlife has been reported, and the Oregon Inlet channel remains open to marine traffic. 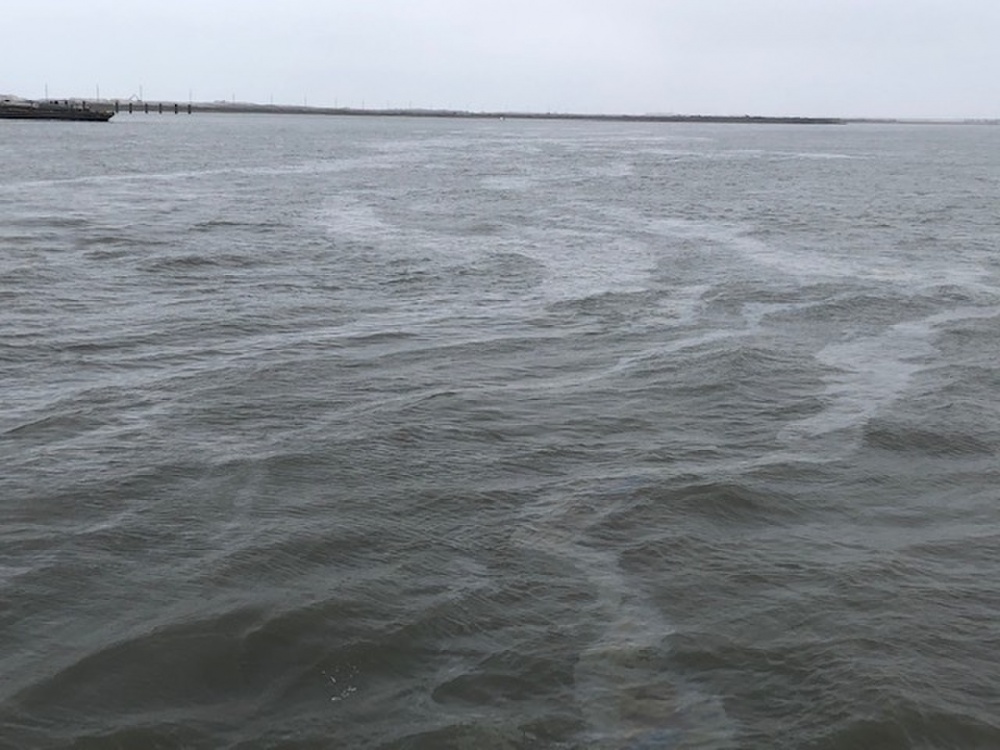 Sheen on the water's surface near the wreck site (USCG)