Timeline Pushed Back for Shore Pollution from Grande America Spill

The fuel oil pollution from the wreck of the con/ro Grande America will not reach shore this week, according to new projections by French response officials. Previous estimates indicated that petroleum could come ashore in the vicinity of Les Sables d'Olonne within 3-4 days of the sinking, but the latest drift modelling indicates a longer timeline. The forecast could still change based on weather conditions, and containers and other debris could reach the coast of the Bay of Biscay earlier.

“The estimate of the consequences of the accident for the coast is subject to daily assessments,” said the prefecture of Gironde in a statement. 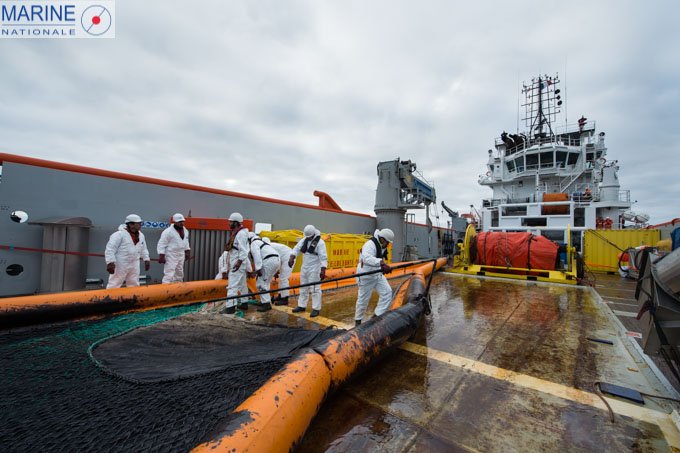 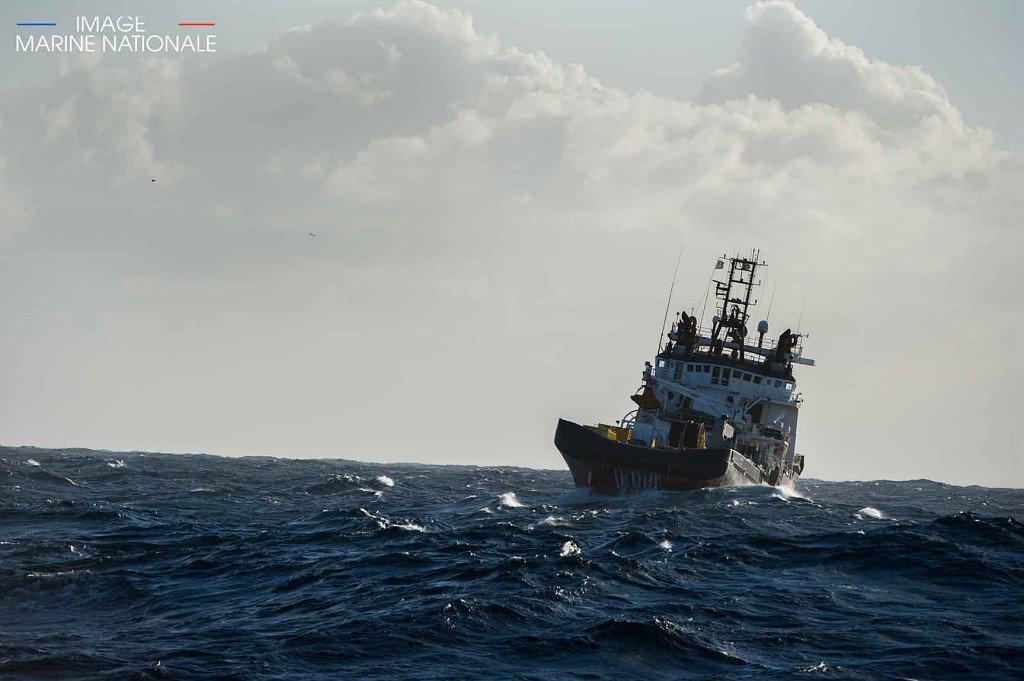 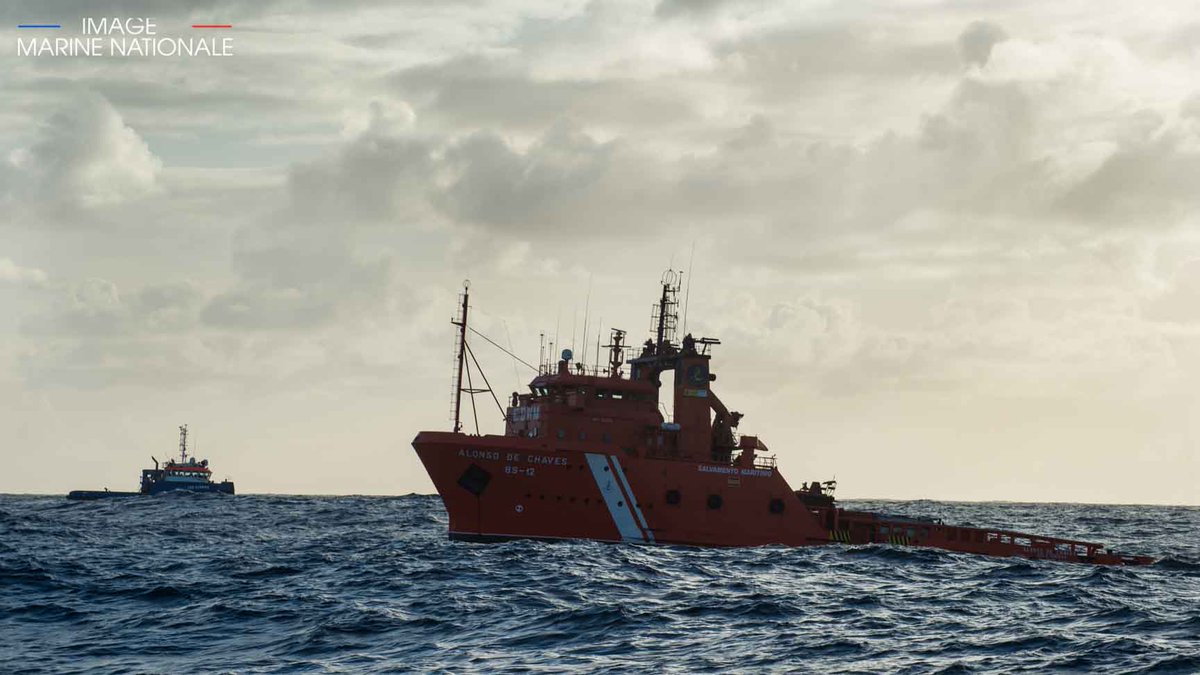 Winds of 30-35 knots and heavy swells have hampered the spill response effort at sea, but the French Navy has been using towed boom devices to recover at least some of the fuel oil from the surface. The Navy-chartered auxiliaries Argonaute and Sapeur, the EMSA-chartered Partisan and Ria de Vigo, the Premar Atlantique-chartered tug TSM Kermor, and the multipurpose French Navy tug Rhone are all participating in the effort. The Spanish tug Alonso de Chavez joined them on Monday morning. Weather conditions are expected to improve on Tuesday, which will help cleanup and assessment efforts move forward.

A fast-moving fire and abrupt sinking

French rescue agency Premar Atlantique received a distress call from the America at 2000 hours on March 10, and the master reported a fire aboard at a position 140 nm off the French coast in the Bay of Biscay. The situation on board quickly deteriorated, and the fire grew out of control. The master ordered abandon ship at 0200 hours the next morning, and the crew of the Royal Navy frigate HMS Argyll worked through difficult conditions to bring America's crew on board. All survived, but some required medical treatment, and they were evacuated by helicopter on March 11.

Efforts to fight the fire with water were abandoned early on due to concerns about its effects on the ship's stability. The America took on a gradually increasing list to starboard, and on Tuesday afternoon, she went down at a position about 180 nm southwest of Les Sables d'Olonne.

Multiple inquiries into the cause of the casualty continue: The regional prosecutor in Brest has opened an investigation, and French minister of ecology Francois de Rugy called for an examination of all factors, including port state control measures. Shipowner Grimaldi Lines has confirmed that the fire originated in a container, putting the casualty on the growing list of devastating container fires at sea.