Norwegian police have named three suspects in the investigation into the collision that sank the Norwegian frigate KNM Helge Instad last November.

An employee at the local Vessel Traffic Service (VTS), an officer aboard the Ingstad, and the pilot who had the conn on the other vessel, the tanker Sola TS, are now considered suspects. No one has yet been charged in connection with the casualty.

Seven individuals were on the bridge of the Ingstad at the time of the casualty, including one U.S. Navy trainee. According to a preliminary report from the Accident Investigation Board Norway (AIBN), the frigate's bridge team members were confused by Sola TS' deck lights and incorrectly believed that the oncoming tanker was a fixed object. Despite extensive attempts at communication between the tanker, the VTS center and the Ingstad, the Ingstad's team did not attempt to alter course until they were in extremis. The tanker's bow struck Ingstad amidships on the starboard side, suggesting a starboard-to-starboard passing attempt.

Despite salvage efforts, Ingstad sank within several days, and salvors worked through difficult Norwegian winter weather to raise her again. She was refloated in late February and taken to the port of Hanøytangen for an investigation. Based on her condition after several months under water, the Royal Norwegian Navy will determine whether to salvage surviving equipment and scrap her or to attempt a restoration. 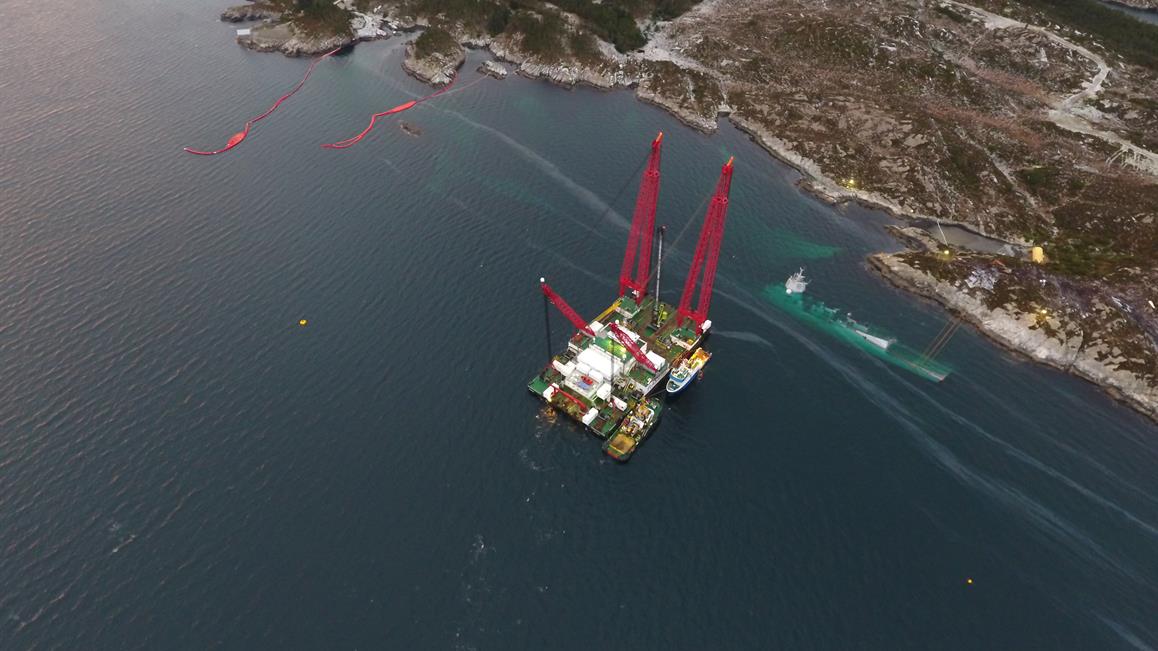 On Sunday, the AIBN, the Royal Norwegian Navy, the owner of the Sola TS and Norwegian police took the unusual step of recreating the accident voyage in real life and real time, twice. Sola TS departed the same terminal at the same speed and about the same time as on the day of the casualty. One of Helge Ingstad's sister ships - KNM Roald Amundsen - stood in for the wrecked frigate. After passing port-to-port at the same speeds (but a much safer distance), the vessels returned to their starting points and did the re-creation again, this time starboard-to-starboard (again at a safe distance).

"This was important to get an idea of ??what it was like and how things looked with the naked eye. This makes it easier for investigators to understand those who explain themselves," said police inspector Frode Karlsen, speaking to NRK. "We will never be able to get exactly the same conditions as that night, but this gave a good idea of ??what it was like to be there. Not least, we now had the opportunity to see with our own eyes how the cargo ship looked with deck lighting."