INTERCARGO has published its Bulk Carrier Casualty Report 2019 providing an analysis of casualty statistics covering the years 2010 to 2019.

Thirty-nine bulk carriers with 173 seafarers were reported lost over that period, based on available reports of total losses and constructive total losses from public sources and IMO’s GISIS.

Cargo shift and/or liquefaction is one of the greatest concerns for the safe carriage of dry bulk over the past 10 years, likely to be the main reason behind eight bulk carrier casualties and 106 seafarers losing their lives. The most common reported cause of ship losses has been grounding, with 17 losses. Losses due to flooding accounted for five ships, and four ships were lost due to unknown causes, accounting for 35 lives. 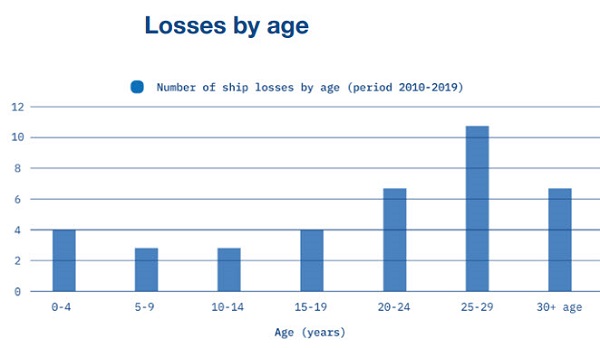 INTERCARGO welcomes the latest amendment to the International Maritime Solid Bulk Cargoes Code (IMSBC 05-19), which will enter into force on January 1, 2021. The Code incorporates the lessons learned from the loss of the Bulk Jupiter which was carrying a cargo of bauxite fines. According to the Code: “This cargo may suffer instability due to moisture content resulting in dynamic separation and formation of a liquid slurry (water and fine solids) above the solid material, leading to a free surface effect which may significantly affect the ship’s stability. This cargo is not liable to undergo dynamic separation when the cargo is shipped below its TML [transportable moisture limit]’ (Res MSC.462(101), adopted on 13 June 2019).”

The investigation into the sinking of the Stellar Daisy (March 2017) found that she foundered due to a structural failure in the No. 2 port side water ballast tank that initiated progressive structural failure within the cargo length and caused a total loss of buoyancy. The IMO is expected to consider additional measures for bulk carrier safety in SOLAS chapter XII, and the 2011 International Code on the Enhanced Programme of Inspections during Surveys of Bulk Carriers and Oil Tankers (2011 ESP Code). These measures are aimed at closing gaps that were identified and reducing the potential for similar very serious marine casualties involving bulk and ore carriers.

At the end of January 2020, 24 of the 39 bulk carrier losses covered in the report have had investigation reports made available on IMO GISIS, representing around 60 percent of the total. The average time from an incident to a report becoming available has been 32 months for these investigations. 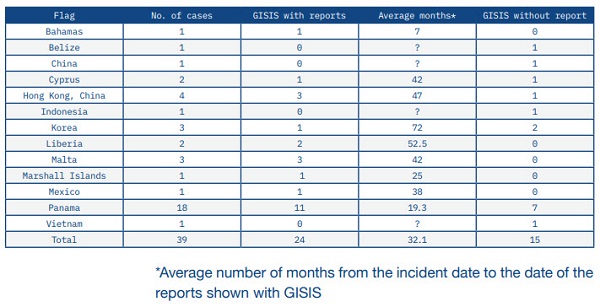