The Norwegian government has agreed to help underwrite a pilot project for an offshore wind energy storage system based on hydrogen.

A new grant from Innovation Norway announced Thursday will support the $11 million cost of the "Deep Purple" project, led by oil and gas EPC contractor TechnipFMC. Deep Purple would couple an offshore wind farm with a hydrogen electrolysis system, seabed hydrogen storage tanks and a hydrogen fuel cell. Electricity from wind power would be converted into hydrogen, which would be compressed, stored and then used to power fuel cells when more electricity is needed.

In converting electricity to hydrogen, the nominal efficiency of an electrolysis plant is typically in the range of 70 percent. From hydrogen back to electricity, solid-oxide and PEM fuel cells typically have an efficiency in the range of 60 percent, according to a recent study by CIMAC. The combined energy losses from these two conversion steps are seen as a limitation for hydrogen as a storage medium for electrical power; by comparison, lithium-ion batteries are about 99 percent efficient, though their energy density is low. As another option, the hydrogen produced by Deep Purple's electrolysis plant could be piped to shore and used as a fuel, TechnipFMC said.

TechnipFMC is working with hydrogen systems consultancy HYON, utility Vattenfall, oil firm Repsol, technology firm ABB, class society DNV GL and others on the project. The total cost of the pilot is about $11 million.

“Securing the approvals and funding to proceed with a scale pilot is a critical step in the path to commercialization," said Jonathan Landes, president of subsea at TechnipFMC. “We are grateful to our partners and to Innovation Norway for collaborating with us as we advance sustainable renewables production. Deep Purple is another example of our commitment to working with clients and industry to develop transformative technologies, leveraging our industry know-how and subsea expertise to serve the Energy Transition." 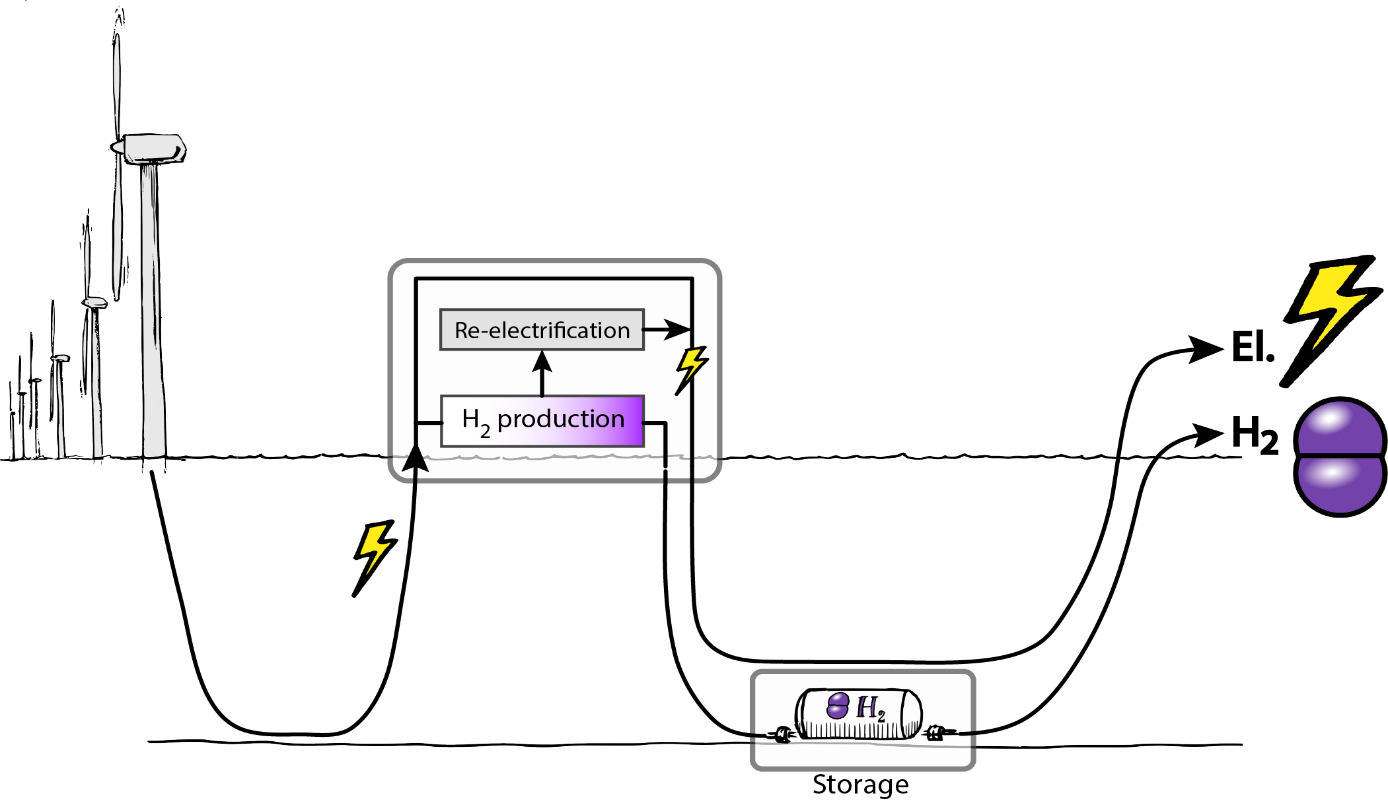