A containership and an Aframax tanker collided during the early morning hours of September 28 in the busy Malacca Strait between Malaysia and Indonesia. While the Malaysian Maritime Enforcement Agency (MMEA) is reporting no injuries to the 45 crew on both vessels or oil leaks, questions are emerging about the identity of the tanker and its current operations.

Maritime Commander Mohd Haniff Mohd Yunus of the MMEA is reporting that the collision took place shortly after 4:00 am local time. He identified the two vessels as the Liberian-flagged containership the GLS Grania and the Panama-flagged tanker Zephyr I. The collision was approximated 12 nautical miles southwest of Tanjung Laboh, at the southern end of the Malaysia peninsular near Singapore.

“The Batu Pahat maritime zone operations center dispatched the Benteng 05 boat to the location to carry out a monitoring and assistance mission,” the MMEA said in its statement. "Preliminary accident information received from the captain of MV GSL Grania stated that this violation was caused by MV Zephyr I losing control and crashing into the right side of the vessel causing damage." 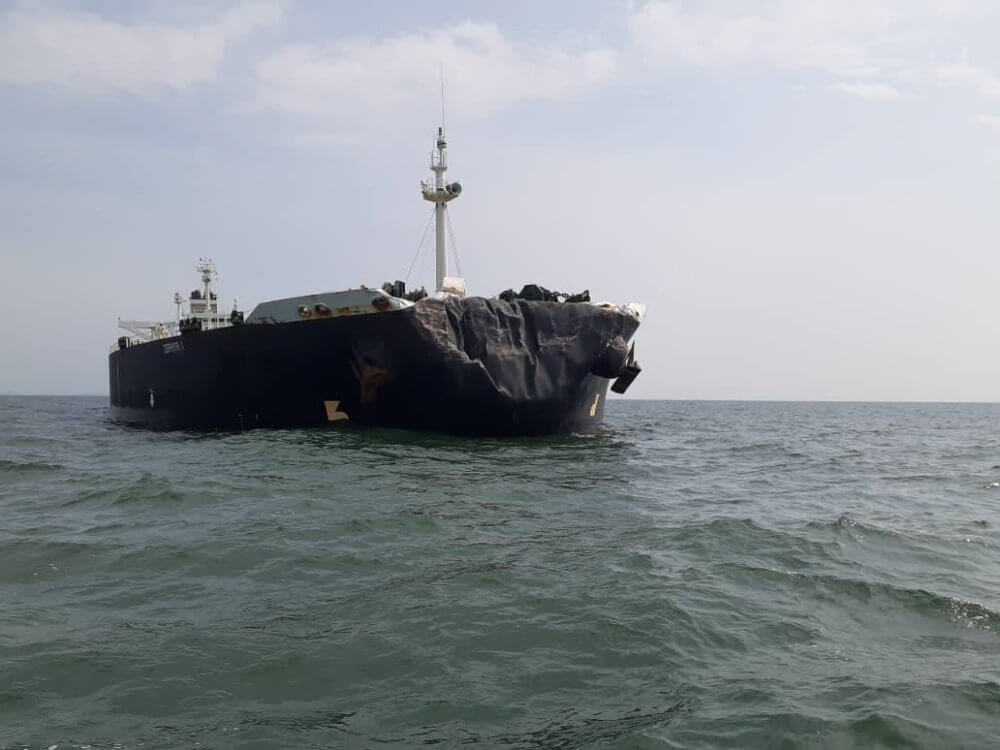 Bow of the Aframax tanker was crushed in the collision (MMEA)

The MMEA ordered both vessels to anchor. They reported that verification was taking place to the damage to both vessels as well as further investigation into the cause. Pictures show significant damage to the bow of the tanker and a large dent in the stern quarter of the 814-foot long containership.

The 105,588 dwt tanker was reported to be sailing to Yantai, China loaded with mixed bitumen. Earlier this year U.S. authorities had cited the 20-year-old vessel for deceptive actions and Lloyd’s List is reporting that they believed the vessel was avoiding sanctions. They believe it had loaded its cargo in Russia. The vessel’s AIS signal lacks details on the destination or voyage and ownership of the vessel is unclear. It has reportedly changed names and owners at least twice in 2022. 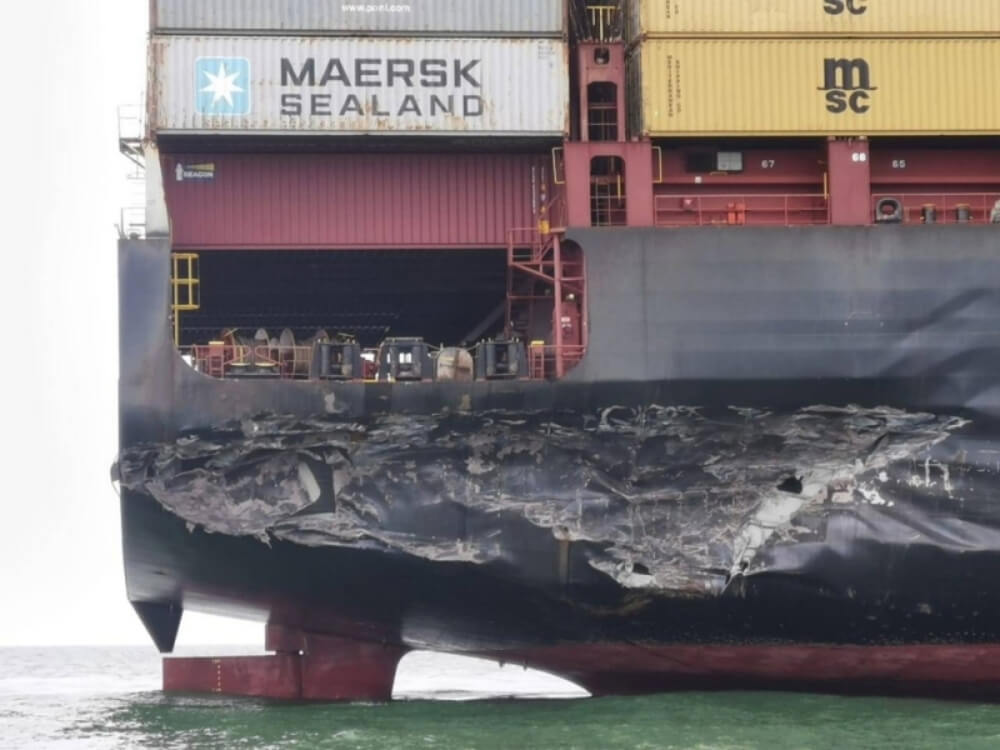 The containership is the 93,600 dwt GSL Grania operating under charter to Maersk and owned by Global Ship Lease. Maersk confirmed that the vessel was involved in the accident reporting no injuries or loss of containers. The vessel, which has a capacity of 7,455 TEU, was operating on its route from Savannah in the United States to Tanjung Pelepas in Malaysia. Maersk reports the vessel will proceed when released by the Malaysian authorities to the port for a further inspection.

The Malaysian Maritime Department is reporting that it is monitoring the condition of both vessels and has sent a team to investigate the reports of the steering failure and determine the cause of the collision. They have also issued a warning to all ship traffic in the area for added caution while transiting the area.