“The scale of the fleet involved in this illegal fishing is about one-third the size of China’s entire distant water fishing fleet. It is the largest known case of illegal fishing perpetrated by vessels originating from one country operating in another nation’s waters,” said Jaeyoon Park, senior data scientist at Global Fishing Watch and co-lead author of the study.

Using an unprecedented combination of AIS data, satellite imaging (day and night), satellite radar and "big data" analytics, the team identified 900 Chinese vessels that likely broke UN sanctions restrictions by fishing in North Korea's EEZ. It represents a big business: these vessels likely caught more than 160,000 tonnes of Pacific flying squid in North Korean waters in 2017-18, an amount which would be worth more than $440 million. 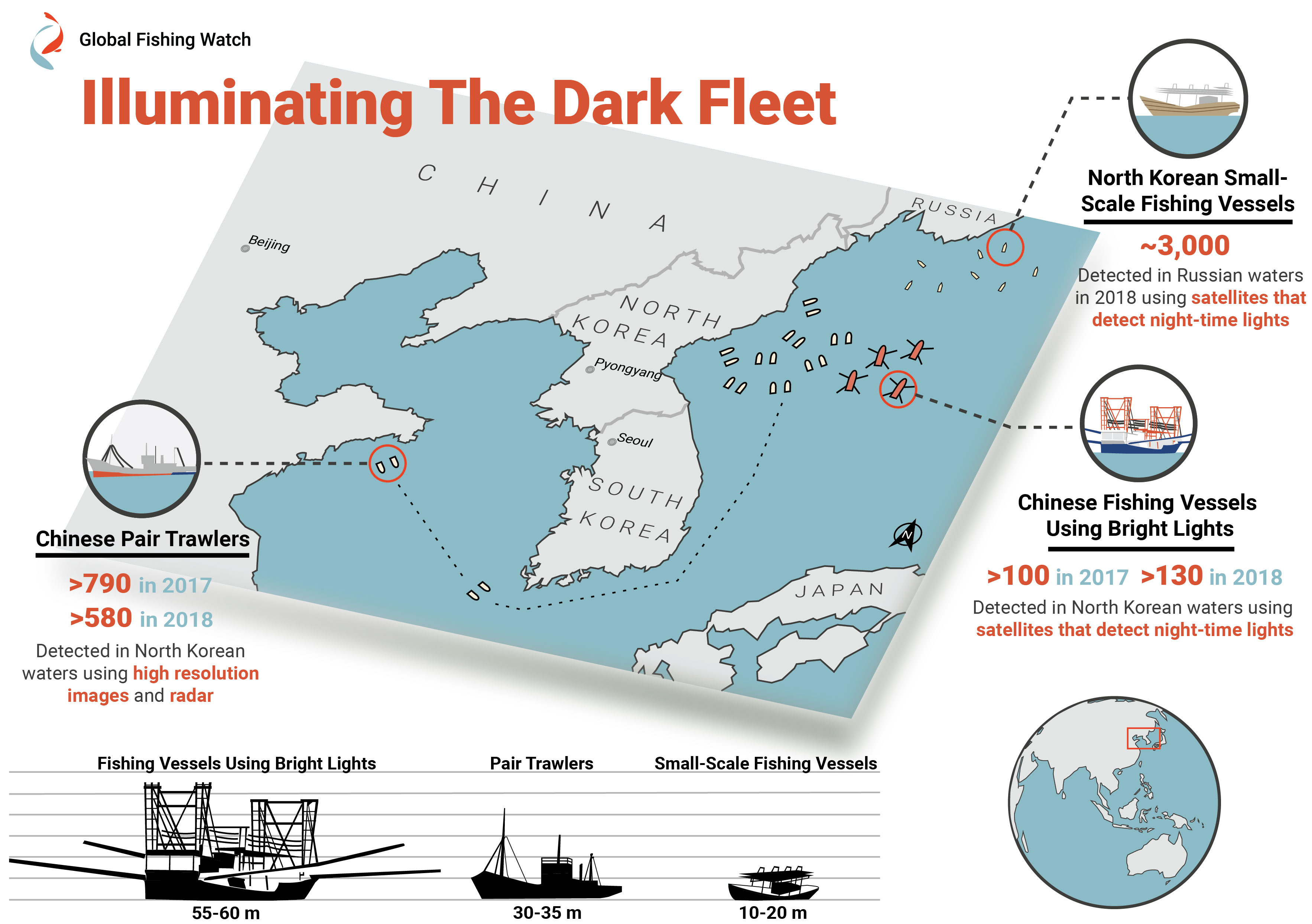 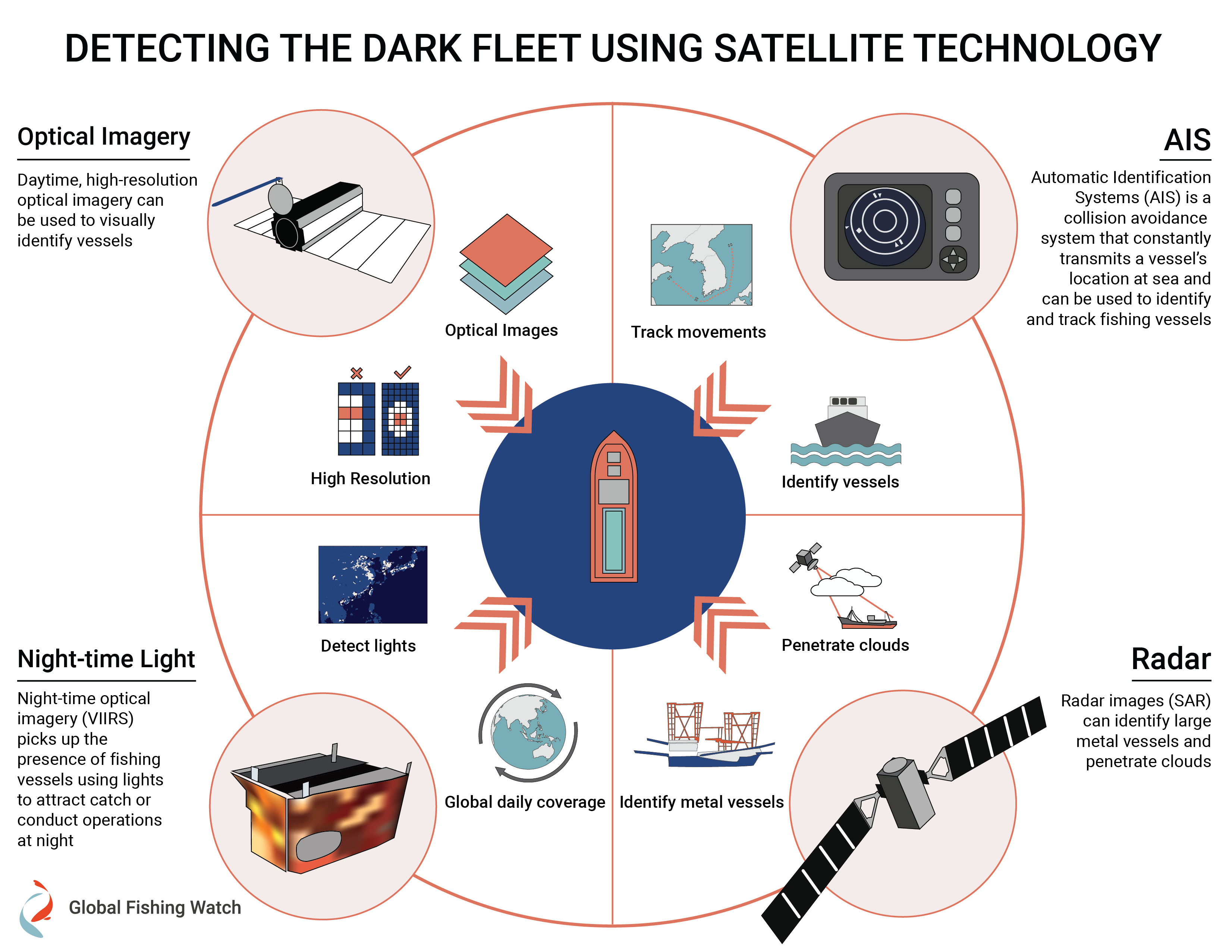 AIS showed the identified vessels transiting to and from Chinese ports. Many of them stopped transmitting an AIS signal once they reached North Korean fishing grounds, but they could not hide from high-resolution satellite imaging and satellite radar. Global Fishing Watch believes that they are likely to be unregulated “three-no boats" - Chinese-owned vessels operating without official Chinese authority, with no registration, flag, or license.

In an ironic turn, these efficient pair trawlers and squid boats likely have a negative impact on local North Korean fishermen: the same imaging showed a giant fleet of 3,000 North Korean boats that are now searching for fish in Russian waters instead of their own home territory. “Competition from the industrial Chinese trawlers is likely displacing the North Korean fishers, pushing them into neighboring Russian waters,” said study co-lead Jungsam Lee of the Korea Maritime Institute. “The North Koreans’ smaller wood boats are ill-equipped for this long-distance travel.”

If unseaworthy North Korean boats are being pushed further from home, it might help explain why hundreds of drifting hulls - many laden with the remains of North Korean fishermen - have washed up on Japanese and Russian shores in recent years, the researchers said.