The U.K. Maritime Archaeological Trust has discovered an 8,000 year old structure next to what is believed to be the oldest boat building site in the world.

The Isle of Wight site lies east of Yarmouth, and the newly-discovered platform is the most cohesive, wooden Stone Age, Late Mesolithic (c. 8,400 to 4,000 BC) structure ever found in the U.K. The site is now 11 meters below sea level, but during the period there was human activity on the site, it was dry land with lush vegetation. It was at a time before the North Sea was fully formed and the Isle of Wight was still connected to mainland Europe.

The site contains evidence for technological skills that were not thought to have been developed for a further couple of thousand years, such as advanced wood working. 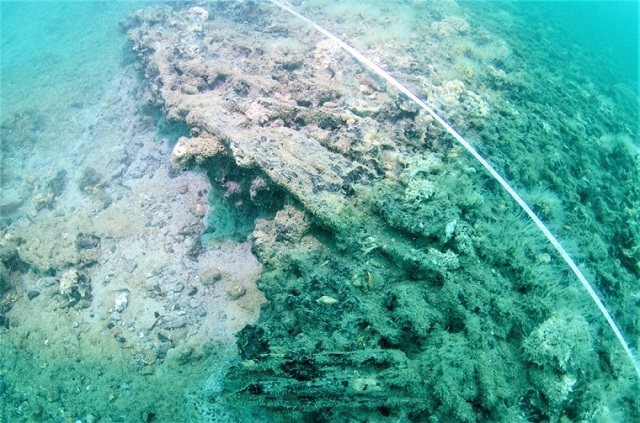 The site was first discovered in 2005 and contains an arrangement of trimmed timbers that could be platforms, walkways or collapsed structures. However, these were difficult to interpret until the Maritime Archaeological Trust used photogrammetry techniques to record the remains. This revealed a cohesive platform consisting of split timbers, several layers thick, resting on horizontally laid round-wood foundations.

As with sediment cores, ancient wood will degrade more quickly if it is not kept in a dark, wet and cold setting. While being kept under these conditions, the aim is to remove salt from within wood cells of the timber, allowing cut marks or engravings to be detected. These are most often found on the surface of the wood and are lost quickly when timber degrades. Once the timbers have been recorded and have desalinated, the wood can be conserved for display. 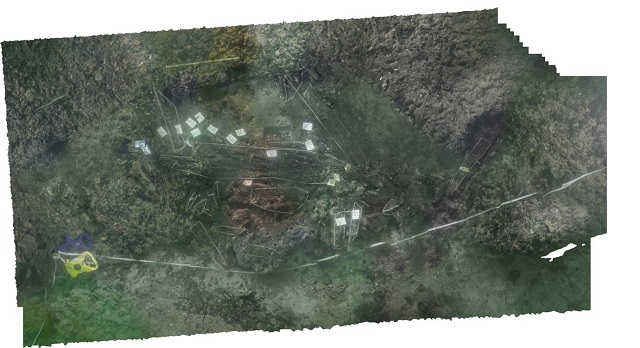 3D mosaic of structure during excavation