Satellite imagery taken February 25 shows that fuel oil from the grounded freighter Solomon Trader has spread for hundreds of meters along a coral reef on the coast of Rennell Island, the southernmost island in the Solomons. Aerial surveillance images from the scene indicate that as of February 25-26, there was no spill containment boom in place around the Trader, though three weeks have passed since the grounding.

The estimated size of the spill now sits at 75 tonnes out of a maximum 600 tonnes on board, and the Solomons government has acknowledged that it does not have the capacity to cope with the incident on its own. New Zealand and Australia are providing material assistance with the assessment and response operation. 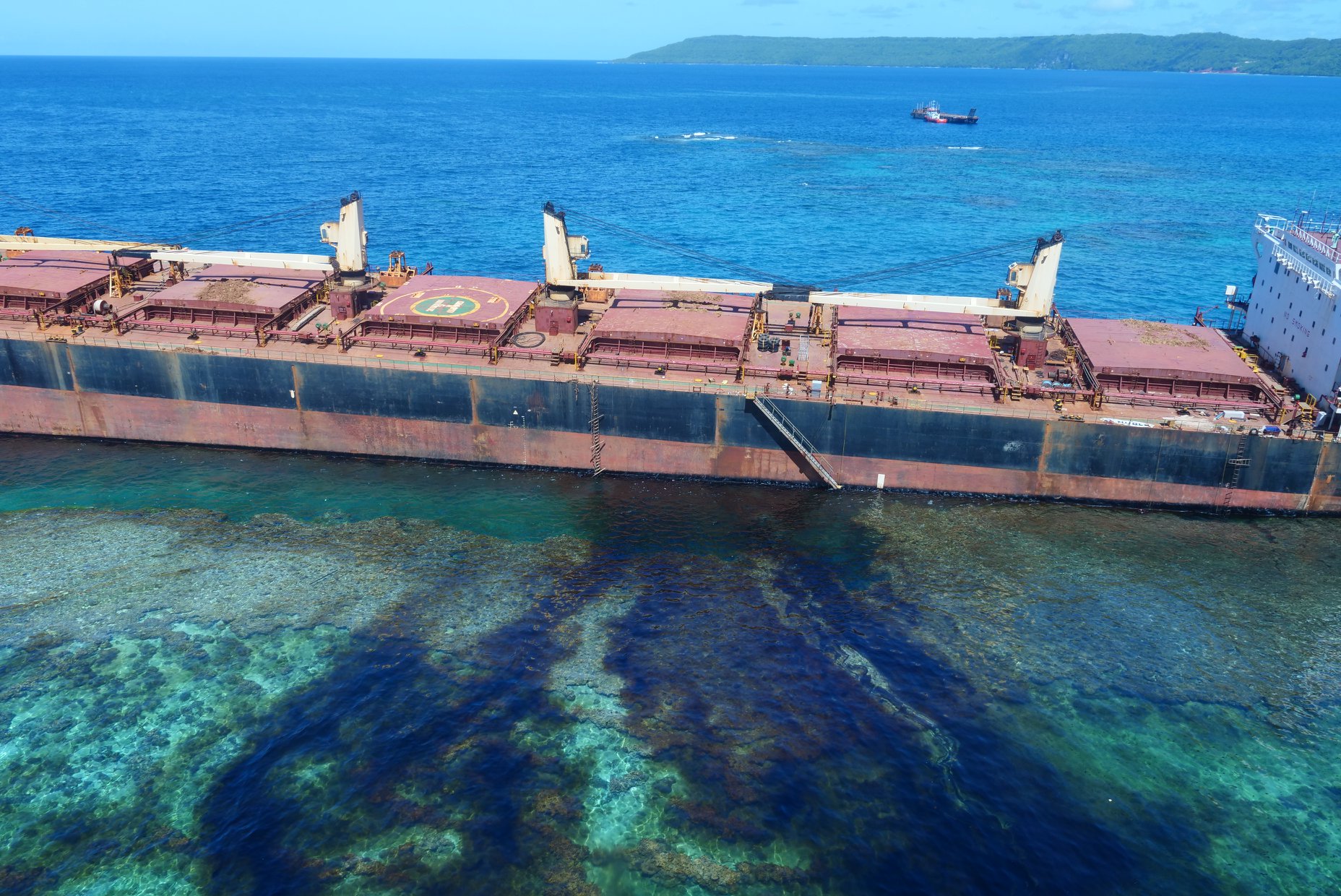 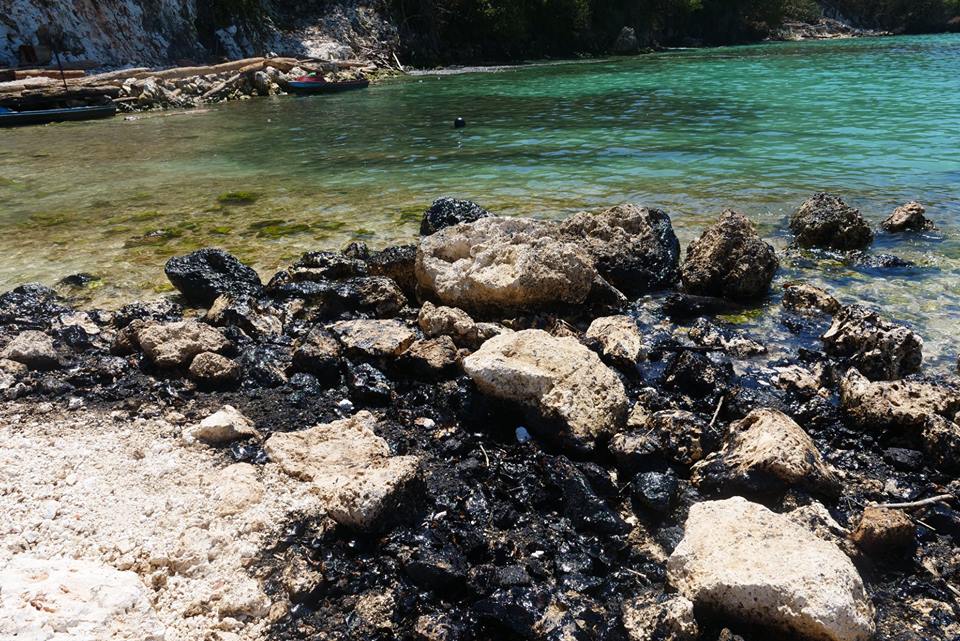 The Australian High Commission for the Solomon Islands and the Australian Maritime Safety Authority (AMSA) have provided surveillance overflights and imagery of the wreck site. In a statement, the commission said that its assistance is intended to help the Solomons to "hold the responsible parties to account for this disaster."

The mine site is operated under contract by Bintan Mining Corporation (BMC), an Indonesian firm, which chartered the Trader from a Hong Kong-based shipowner. BMC maintains that it has no liability arising from the spill, as it is not the vessel operator. The government of the Solomon Islands asserts that the charterer and shipowner bear "the primary responsibility to salvage and mitigate any spill."

The government's disaster response agency, NDMO, says that the first priority is to remove the remaining fuel from the ship. This may be a challenge, according to BMC, because the Trader's auxiliary engines are down, and there is no power for her cranes. Without cranes, transferring salvage equipment from a landing craft would be a challenge, and so BMC is attempting to source a portable generator that can handle the electrical load.

According to local residents, BMC is still loading commercial cargoes at its pier while the spill continues. "[We’re] calling on the company to halt loading," said Derek Pongi, a member of Rennell's Tehakatuu tribe, speaking to SBS.

Australia has issued an advisory cautioning visitors to "rethink" their need to travel to Rennell Island due to the spill. "Heavy fuel oil is a toxic substance and you should avoid exposure to it," warns Australia's SmartTraveller site. The spill primarily affects Kangava Bay, towards the island's center, and has not yet spread to East Rennell, a listed UNESCO World Heritage Site.

The Trader went aground on February 5 during the passage of Cyclone Oma, a large storm system which lingered over the region for weeks. BMC's critics have questioned why the Kangava Bay mine site kept loading cargoes when a cyclone warning was in effect, given the hazards posed by the reef and the severity of the storm.