After 10 years of planning, three years of construction, and an investment estimated at $14 billion, Singapore officially inaugurated the first phase of its massive new Tuas Port operated by PSA Singapore. Located on the western seaboard, the plan is to consolidate container operations at one of the world’s most technologically advanced and sustainable ports which Singapore expects to become the leading transshipment hub in Asia.

The first phase of the port was officially declared open on September 1, although two of the berths had been in use for the last year to help Singapore deal with the surge in global container traffic. A third berth was officially opened today while PSA expects to have five berths able to handle the largest containerships in the world in service by year’s end. The port is built entirely on reclaimed land and the reclamation effort is already underway for phase two of the port.

“I first spoke about Tuas Port 10 years ago, when Asia was growing strongly and we expected our port business to grow with it,” said Singapore’s Prime Minister Lee Hsien Loong during a visit to the port on Thursday. He said that the opening of the port “sends a strong signal to the world that Singapore is open for business and going full steam ahead. This new port is an infrastructure marvel that will help PSA sustain its tradition of success in securing our maritime future.”

Singapore is already calling Tuas “the world’s largest fully automated container port,” noting that it uses the highest levels of automation. The quay cranes are automated and operated remotely from a control center. The Prime Minister even posted a picture on social media of himself trying the remote lifting and loading of a container from a vessel onto the yard. 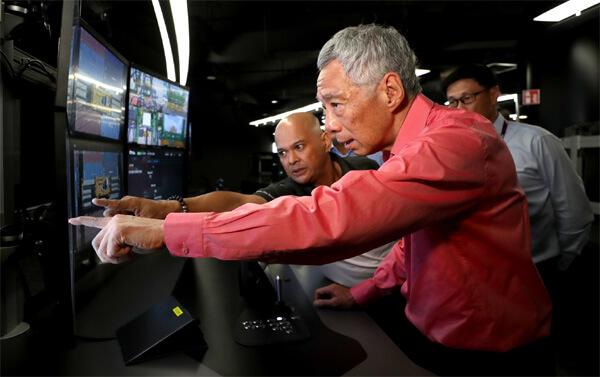 The automation element is just one part of the advanced technologies at use with PSA highlighting it has built up its data analytics and digitalization capabilities as part of Tuas Port’s modular design. The port employs both artificial intelligence and machine learning to manage the full scope of its operations. Sustainability is also being highlighted with the port using electricity for most elements of the operations as well as green eco-friendly buildings and a smart power grid, making it a key contributor to Singapore’s net-zero plans.

“This is a momentous occasion and we are thrilled to transform our vision into reality,” said Peter Voser, Group Chairman of PSA International. Once the port authority of Singapore, PSA was converted to a corporation in 1997. “Tuas Port is where we can help to realize the immense potential of Singapore as a trade hub for the world.” 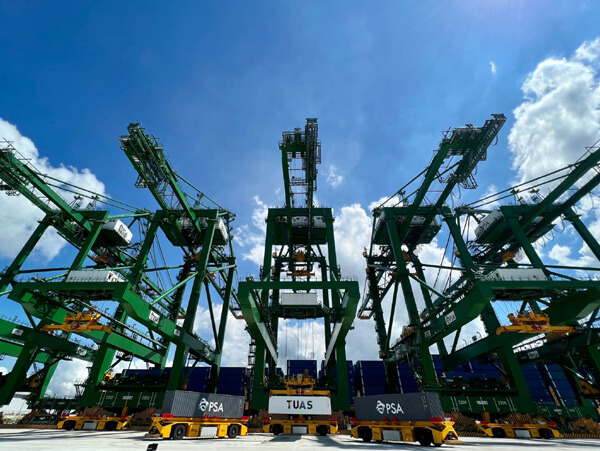 In 2021, Singapore handled 37.2 million TEU being connected to more than 600 ports worldwide, making it the busiest port outside China. Tuas has a massive 75-foot draft and when fully operational in 2040 more than 16 miles of berths. The port has been designed with the capacity to handle 65 million TEUs annually. By comparison, current plans for Shanghai call for a capacity of 50 million TEU annually.