This ship, categorized as a "Heavy Fire Vessel (HFV)" and named Red Sailfish, has 12 remote-controlled monitors providing full 360 degree coverage. Its pumps can put out more than 60,000 gallons per minute of foam and water. In addition, it is DP-enabled, making it possibly the only purpose-built vessel of its kind with dynamic positioning. It is also fitted with a full Chemical, Biological and Radiation (CBR) system and a RIB response boat. 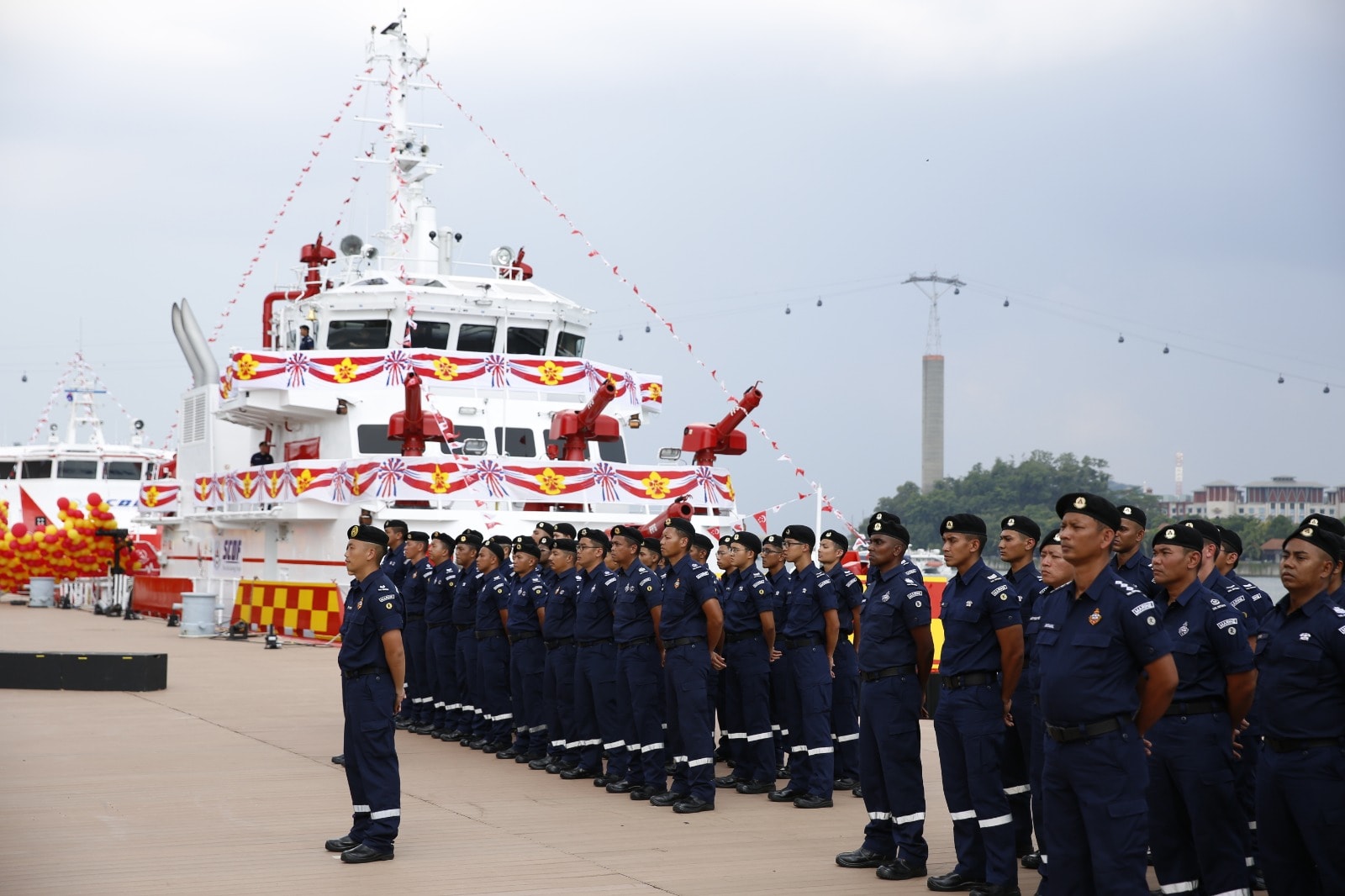 The second addition to the fleet, the Red Manta, is a catamaran-hull firefighting vessel designed for mass evacuations. The twin hull gives it high stability for ship-to-ship transfers, and it provides enough space that the boat can carry up to 300 passengers at a time. It is equipped with an emergency medical bay for onboard treatment, and it can make up to 35 knots if needed for rapid emergency response. 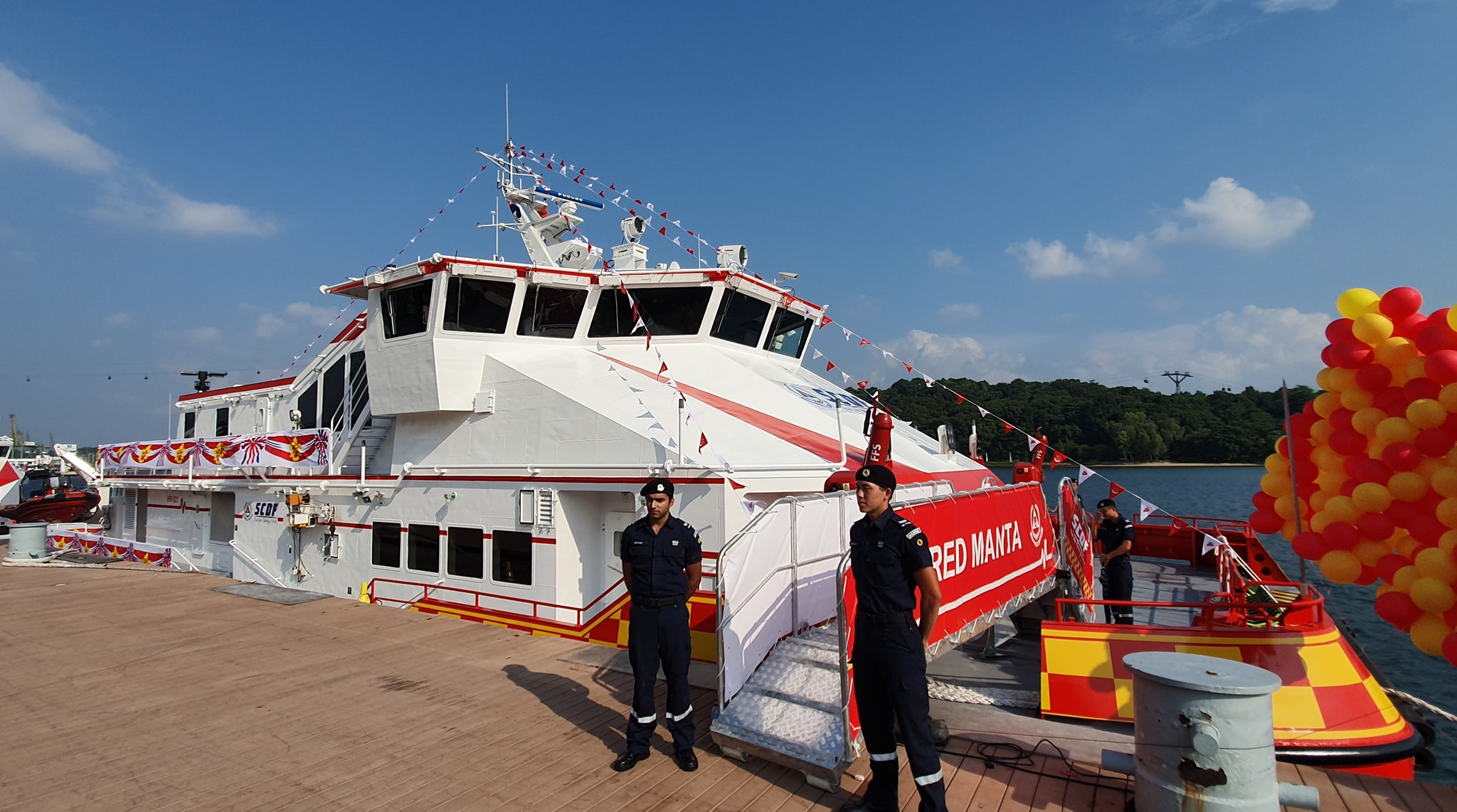 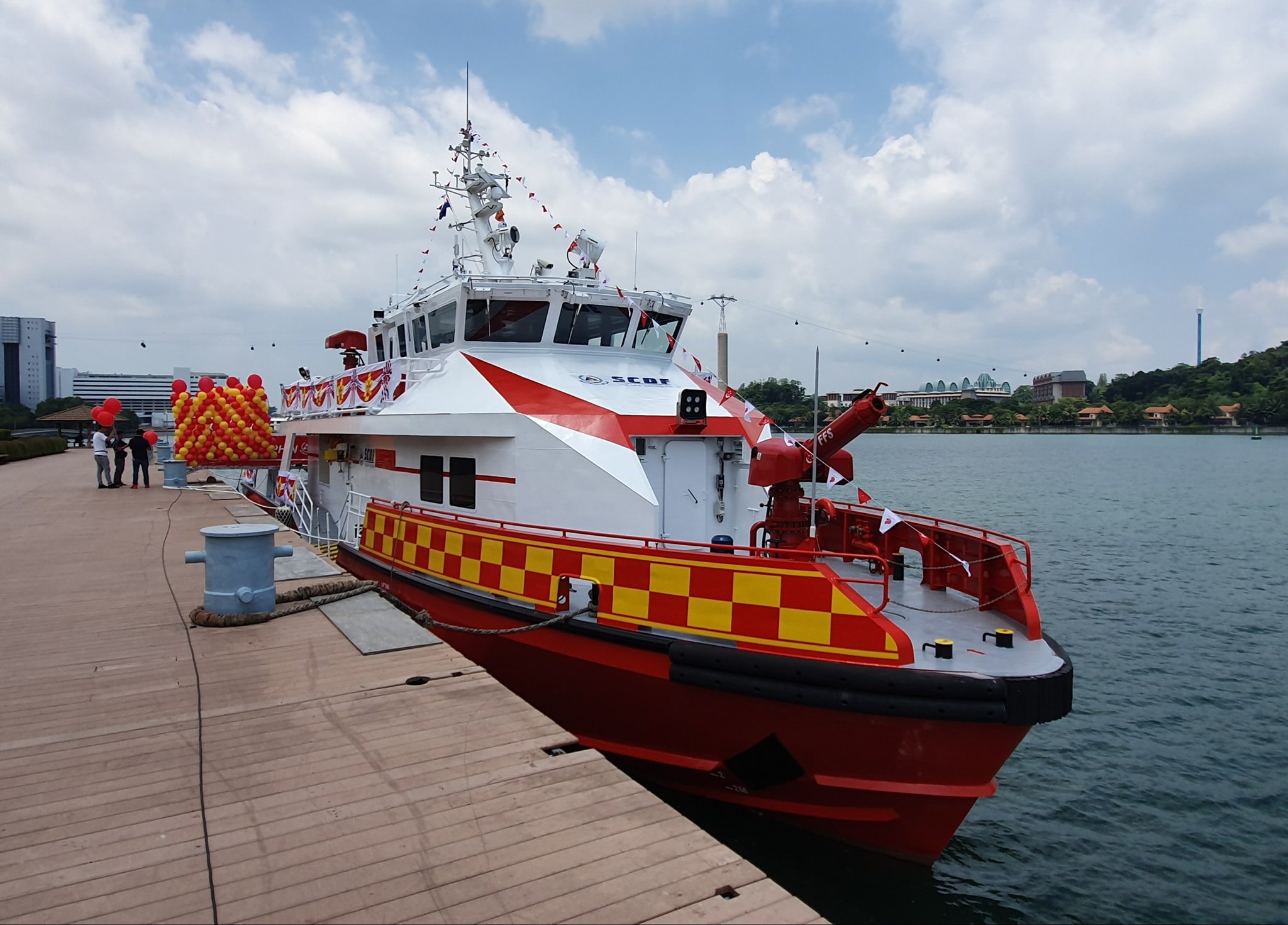 The third, the Red Dolphin, is equipped with a CBR system, decontamination cubicles and positive pressure cabins, which make it suitable for responding to CBR incidents.

The additions bring Singapore's firefighting fleet to eight vessels, boosting the preparedness of one of the world's busiest shipping, refining and bunkering hubs. SCDF said in a statement that the high volumes of marine traffic through the port require more capacity to handle maritime emergencies. Minister K Shanmugam, Singapore's Minister for Home Affairs and Minister for Law, said during the commissioning ceremony that the waterborne emergency response time for the port is now down to 45 minutes or less - and it will fall further with the opening of two new fire boat stations in the next two years.