Shell has decided to proceed with the construction of a massive new hydrogen plant in Rotterdam, which is expected to become Europe’s largest renewable hydrogen plant when it starts operations in 2025, and will significantly increase Shell’s hydrogen production. Known as Holland Hydrogen I, the facility will be located in the Port of Rotterdam drawing power from a newly launched offshore wind farm,

The company announced today that it has taken the final investment decision to proceed with the plant which analysts are viewing as a pioneering move noting that not all the regulations are yet finalized for the emerging industry.  Shell is also calling the project the largest in Europe, although it is likely to be rivaled by others also in the planning stages.

The 200MW electrolyze will be constructed on the Tweede Maasvlakte in the port of Rotterdam and will produce up to 60,000 kilograms of renewable hydrogen per day. The renewable power for the electrolyze will come from the offshore wind farm Hollandse Kust Noord, which is partly owned by Shell, and is currently under development.

“Holland Hydrogen I demonstrates how new energy solutions can work together to meet society’s need for cleaner energy,” said Anna Mascolo, Executive Vice President, Emerging Energy Solutions at Shell. “Renewable hydrogen will play a pivotal role in the energy system of the future and this project is an important step in helping hydrogen fulfill that potential.”

The renewable hydrogen produced will supply the Shell Energy and Chemicals Park Rotterdam, through the HyTransPort pipeline, a new hydrogen pipeline being developed through the Port of Rotterdam. The hydrogen will be used to replace some of the grey hydrogen usage in the refinery. According to Shell, this will partially decarbonize the facility’s production of energy products like petrol and diesel and jet fuel. As heavy-duty trucks are coming to market and refueling networks grow, Shell believes that renewable hydrogen supply can also be directed to help in decarbonizing commercial road transport. 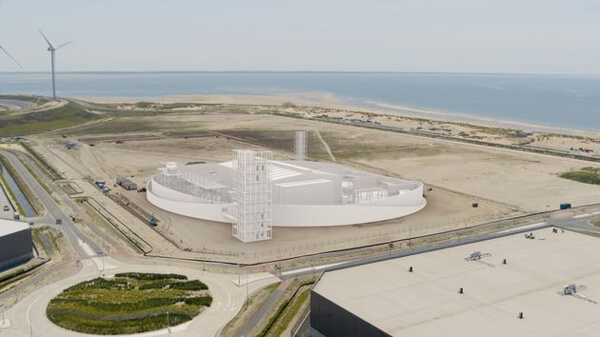 With Holland Hydrogen I, Shell aims to produce hydrogen using electricity that has been generated by the offshore wind park Hollandse Kust Noord. The final determinations will be made pending EU legislation, but Shell is participating in the offshore wind farm as part of the Consortium CrossWind, which won the lease for the site in July 2020. The wind farm is to be located approximately 11 miles off the west coast of the Netherlands with an installed capacity of 759 MW. Eneco, which is leading the development, plans to incorporate batteries, solar power, and hydrogen storage to ensure a continuous power supply regardless of the wind situation. The development timeline calls for the wind farm to be operational in 2023.

Shell’s ambition is to help build a global hydrogen economy by developing opportunities in the production, storage, transport, and delivery of hydrogen to end customers. Holland Hydrogen I’s approval marks an important milestone on that journey not only for the Netherlands, as well as globally Shell said in announcing its decision to proceed with the project. The company says that it owns and operates around 10 percent of the global capacity of installed hydrogen electrolyzes, including a 20 MW electrolyze in China that produces around 3,000 tons of hydrogen annually and a 10 MW proton exchange membrane electrolyzer in Germany that can produce 1,300 tons of hydrogen a year.