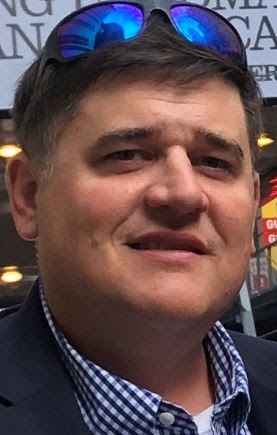 On Wednesday night, an experienced marine pilot with the Sandy Hook Pilots Association fell from a pilot ladder and was fatally injured. It was the second fatality in a year for the Sandy Hook pilots.

At about 2230 hours last night, pilot Capt. Timothy M. Murray fell from a pilot ladder while boarding a tanker inbound for the Port of New York and New Jersey. He landed on the deck of the pilot boat and sustained injuries in the fall, according to the U.S. Coast Guard. New York City Fire Department and Coast Guard assets responded to the scene, and FDNY paramedics transferred to the pilot vessel to provide CPR. The pilot vessel transited to Staten Island and the victim was transferred to Staten Island University North Hospital in critical condition. He did not survive his injuries.

Capt. Murray had been a marine pilot at the Port of New York and New Jersey for more than eight years. According to the pilots' assocation, he is survived by his wife Erin, his five children (Brennan, Rory, Grace, James, Ella), his mother Kathleen and his three siblings (Jackie, Sean and Kathleen).

The U.S. Coast Guard has launched an investigation into the cause of the casualty.

The fall was the second fatal pilot ladder accident involving a Sandy Hook pilot in eight months. On the morning of December 30, 2019, marine pilot Captain Dennis R. Sherwood was involved in an incident while boarding the inbound container ship Maersk Kensington. He was injured after falling from an accommodation ladder and was evacuated to a medical facility on Staten Island. He succumbed to his injuries at the hospital.

The climb from a moving pilot boat up the side of a moving ship involves risk, and pilot ladder accidents are not uncommon. In an attempt to address pilot transfer safety issues, SOLAS V Regulation 23 provides specific measures for pilot ladder arrangements and equipment, but many marine pilots report that these rules are not always followed.

In a letter to all state pilotage authorities issued earlier this year, the American Pilots' Association warned of the risk of improperly rigged "trapdoor" pilot ladder arrangements. The trapdoor ladder uses a combination of an accommodations ladder and a pilot ladder for boarding. If the ladder is hung from the bottom of the accommodations ladder platform, the arrangement "requires a pilot to pull himself or herself up through the trapdoor while twisting to get a secure footing on the platform." Capt. Sherwood fell to his death while attempting that maneuver, according to the association.