Paul Doell, National President of the American Maritime Officers (AMO), has been selected as the recipient of Seafarers’ House International Golden Compass Award for 2019.

The award is given each year to those who have achieved distinction in the maritime world, those whose vocation or avocation has been the sea, or those who have ministered to or otherwise assisted seafarers. 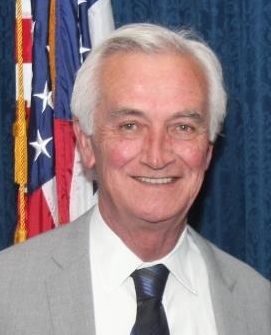 Doell, who heads the nation’s largest union of licensed seagoing professionals, has served the organization for 47 years. AMO is affiliated with the Seafarers’ International Union of North America.

Prior to taking the helm at AMO, he served for nearly nine years in Washington, D.C. as its Legislative Director, where he worked with key figures in both political parties to promote the privately owned and operated U.S. flag merchant fleet to sustain jobs for civilian American merchant mariners in domestic and international trades. He was elected president in 2014 and re-elected to a second term in December 2018.

“Paul has made a lifelong commitment to maritime labor and has been a long-time supporter of Seafarers’ House,” said Lesley Warrick, executive director of the Port Everglades-based nonprofit organization. “His dedication to mariners transcends AMO and is seen in the support he has provided to Seafarers’ House over the years.”

AMO became Seafarers’ House first Philanthropic Partner and has continued to support the organization for the past two years. The partnership program was established to give donors an opportunity to support Seafarers’ House mission in a way that not only has a more significant impact, but also best fits their own philanthropic giving goals.

“Seafarers’ House provides our maritime community with critical services year-round. Many people don’t know how important mariners are to our global economy or about the hard work they do and the many days they spend away from their homes,” said Doell. “Seafarers’ House serves as a home away from home for these dedicated men and women, and I am proud to be honored by such a wonderful organization.”

Doell came to his love of the maritime community through his father Ray Doell, who was a founding member of the Brotherhood of Marine Engineers, the union that evolved into AMO.

In 2018, he received AMO’s United Seamen’s Service (USS) Admiral of the Ocean Sea Award, its most prestigious award. He also is the recipient of the 2016 Paul Hall Award of Merit from the AFL-CIO Maritime Trades Departments Maritime Port Council of Greater New York/New Jersey and Vicinity. That same year, he was presented with the Outstanding Friend of Seafarers Award by Seafarers International House in New York City.

This year’s annual Golden Compass Gala is being held May 18, 2019 at the Pier Sixty-Six Hotel & Marina in Fort Lauderdale. Tickets and more information may be found here.