On January 31, Sea Shepherd Vessel M/V Farley Mowat was attacked by over 50 assailants the organization says were posing as fishermen.

They were on board 20 high speed boats and attacked the Farley Mowat while she conducting maritime conservation patrols inside the Vaquita Refuge in the Upper Gulf of California.

Molotov cocktails and projectiles were hurled, including lead weights and large stones, shattering windows and setting the side of the Sea Shepherd ship on fire. Sea Shepherd crew members fended the attackers off using emergency fire hoses, while Mexican Navy soldiers and Federal Police stationed on board opened fired into the air and sea to deter the attackers. 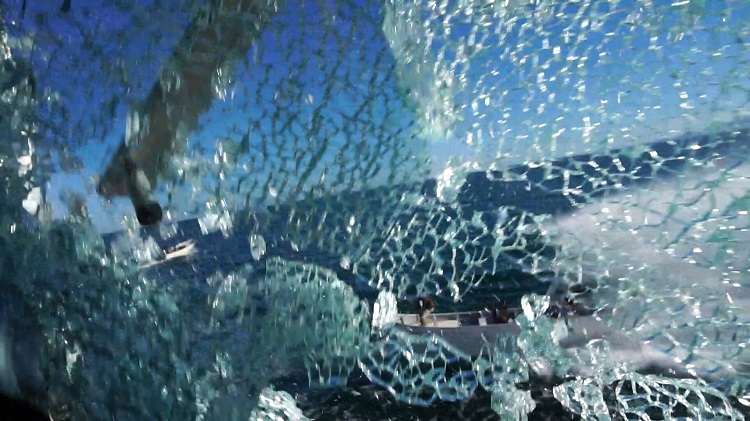 The captain of the Farley Mowat carried out anti-piracy maneuvers consisting of varying the vessel’s speed, the use of fire hoses and other anti-boarding techniques. When hailed by radio by the Mexican Naval Frigate Barrera, the Farley Mowat set course towards the vessel stationed inside the Refuge for increased safety.

Two Navy Defender inflatable boats also closed in on the scene and were attacked.

No one was injured during the attack. So far, no arrests have been made.

Sea Shepherd has been present in the Upper Gulf of California protecting the vaquita porpoise since 2015. Less than 30 vaquitas remain alive. The main threat to the tiny cetacean is illegal totoaba gillnet fishing.

Sea Shepherd says its gillnet retrieval operations remain the single most effective means of protecting the vaquita from extinction. Sea Shepherd operates inside the Federally Protected and UNESCO recognized Vaquita Marine Refuge: in this area the use of gillnets is prohibited due to overlap with the reduced habitat of the threatened vaquita porpoise.

The Gulf of California is home to a rich ecosystem, many of which are rare and threatened, such as the world’s largest animal, the blue whale, as well as the world’s smallest cetacean, the critically endangered vaquita porpoise. Many other endangered species such as the scalloped hammerhead, Pacific leatherback and green sea turtles inhabit the area and have been rescued by Sea Shepherd crew.

The region is rich in history as a fishery, but has been plagued by the poaching and trafficking of totoaba fish swim bladders. The totoaba fish is another endemic endangered species to the Gulf of California, and it is poached for the trade of its swim bladder in Asian black markets. Totoaba bladders are known as “aquatic cocaine” due to their high value. It is believed that a totoaba bladder can be worth up to $100,000.

In the 2017-2018 season, nets retrieved by Sea Shepherd within the Vaquita refuge were found to be 97 percent illegal totoaba gillnets. Less than three percent were found to be of other types of nets (also prohibited in the refuge). Sea Shepherd has removed more than 780 pieces of illegal fishing gear from the Upper Gulf of California, more than 174,000 meters of illegal gear, directly saving the lives of over 3100 animals. Over 62 gillnets in December 2018 alone.

This second attack this season, within only 21 days, happens as the film Sea of Shadows, a Leonardo DiCaprio produced documentary featuring the vaquita’s plight and Sea Shepherd’s work to save it, was being presented at Sundance Film Festival. The film, that premiered at the festival, and will soon be released worldwide.