One week after the announcement of Operation Albacore II, a joint operation between Sea Shepherd and the Gabonese government to tackle illegal, unregulated and unreported (IUU) fishing in Central West Africa, the crew of the Sea Shepherd ship Bob Barker has assisted Gabonese authorities in the arrest of two illegal fishing trawlers.

The two vessels, the Chinese-flagged trawlers Haixin 23 and Haixin 28, were intercepted after five fishing vessels were observed by radar crossing the border between the Republic of Gabon and the Republic of Congo under the cover of darkness, with their fishing gear deployed and actively fishing.

Armed Gabonese marines (Marine Nationale) boarded and secured the two trawlers without injury or incident as Fisheries Enforcement officers (ANPA) inspected the vessels. The other three trawlers escaped across the border into Congolese waters.

Upon inspection, it was discovered that neither vessel was licensed to fish in Gabonese waters, and one of the trawlers did not even have a license to fish in Congolese waters.

After a 30-hour transit, the two vessels, escorted by the Bob Barker, were handed over to local authorities in Port Gentil to commence further investigation and the necessary legal proceedings.

The two 45-meter trawlers, with crew made up of Chinese and Congolese nationals, are the first arrests undertaken as a part of Operation Albacore II.

“The arrest of these two vessels at the start of this campaign shows the importance of governments and NGOs working together to secure the seas from poachers. We are immensely proud of our collaboration with Gabon which has resulted in this early victory for law and order,” said campaign leader Captain Peter Hammarstedt. 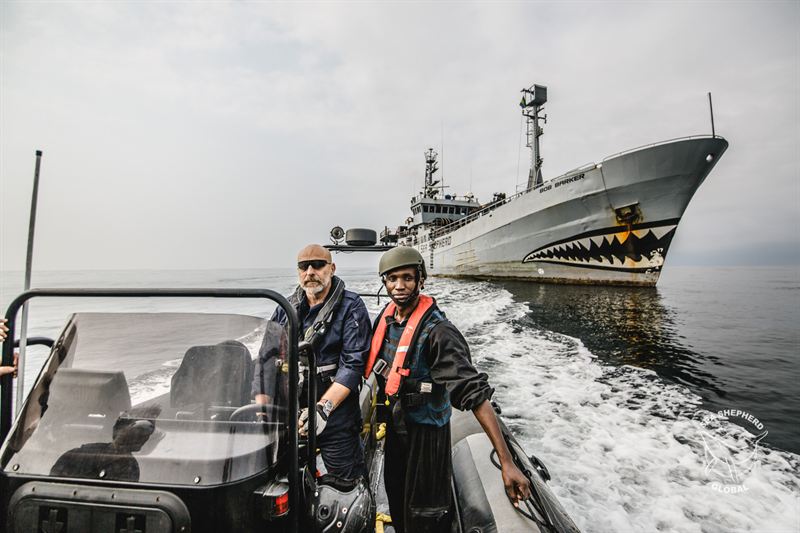 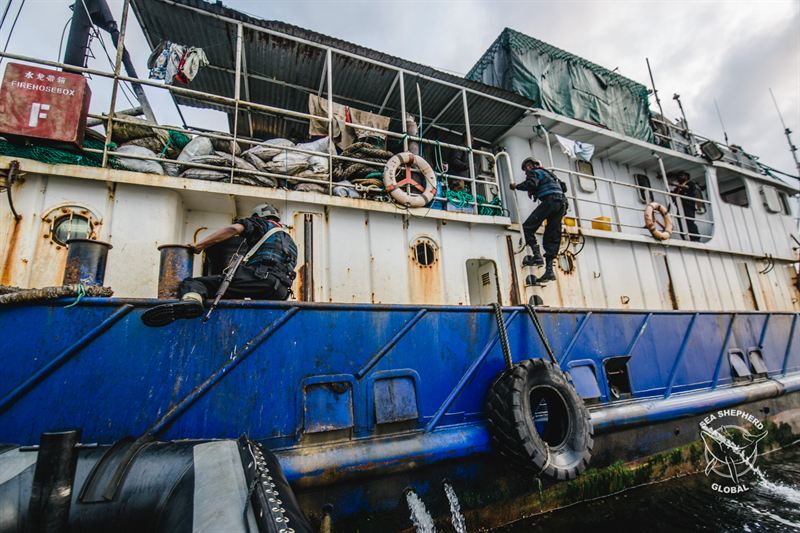 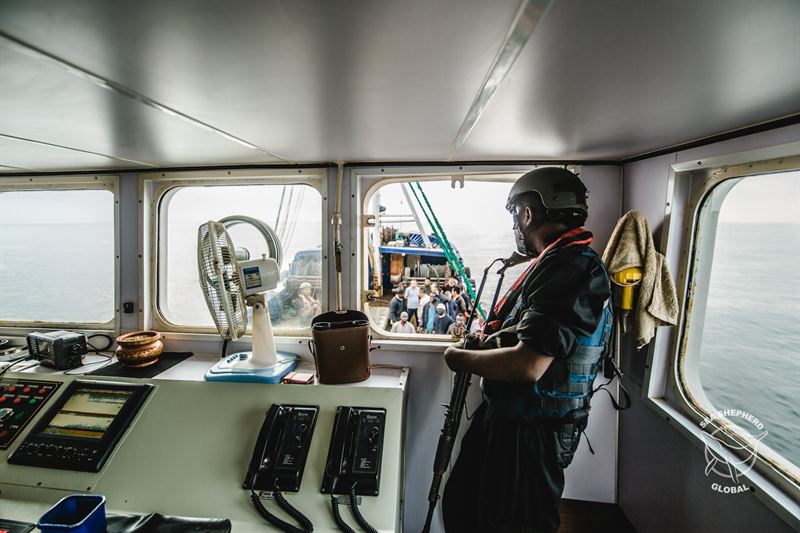 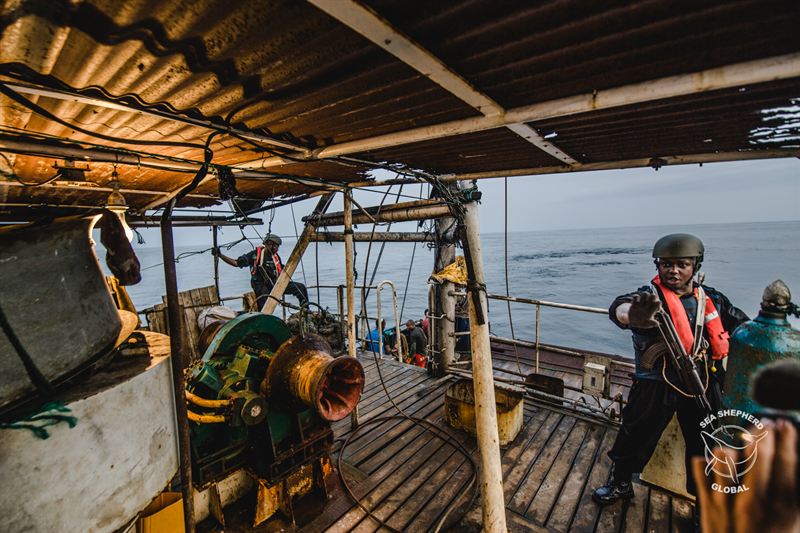 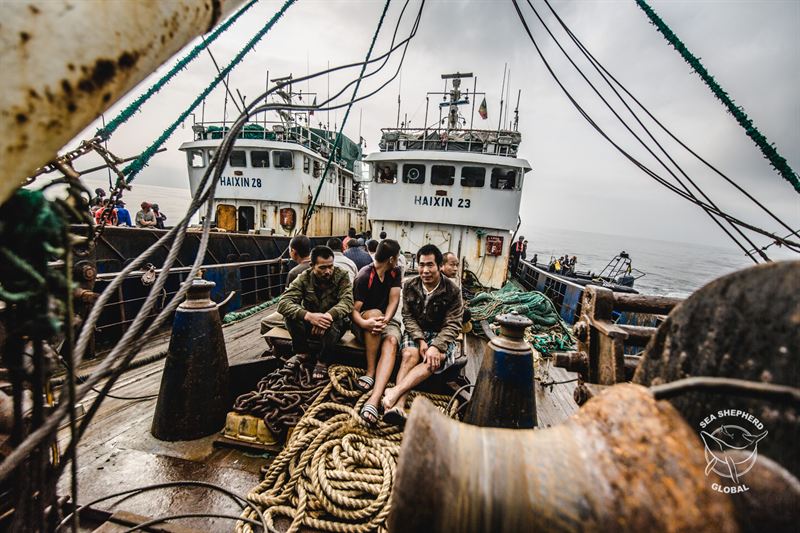 It is estimated that between 11 and 26 million tons of fish are caught globally through IUU fishing every year. Developing countries are particularly vulnerable to IUU fishing, and up to 40 percent of the fish caught in West and Central West African waters is caught by criminal operators.

In 2016, Sea Shepherd partnered with the government of Gabon for the first Operation Albacore campaign, resulting in over 40 fishing vessel inspections at sea and the subsequent arrest of three IUU Congolese fishing trawlers and one Spanish long-liner. Operation Albacore re-commenced in 2017 with the arrival of the Bob Barker in Gabon on July 5.

The campaign aims to expand existing monitoring, control and surveillance measures; and to detect and deter IUU fishing activity while also monitoring legal compliance by licensed fishing operators. Throughout the 2017 tuna fishing season, Marine Nationale and officers with the ANPA will be stationed on board the Bob Barker, working alongside Sea Shepherd crew to patrol Gabon's sovereign waters. Admiral Giuseppe de Giorgi, the former chief of the Italian Navy, is also crewing on the Bob Barker with Sea Shepherd, contributing his experience and skills to increase law enforcement capability in the region.