The ferry which will be 484-feet long will be built at the Cemre Shipyard in Turkey for delivery in 2024.  It will be powered with a hybrid propulsion system capable of running the one-hour voyage between Denmark and Germany and back again or using fuel propulsion making the run in 45 minutes between the ports of Puttgarden and Rodby.

The initial plan is to use the charging facilities Scandlines developed in Rody to recharge the ferry. The company installed a 50kV / 25 MW power cable. They plan to extend that cable to the ferry berth where a transformer and charging station will be installed. In the future, they also plan to develop a charging capability at the other end of the route in Puttgarden. The service speed will be 18 knots.

In addition to having the ability to operate emission-free, the new ferry represents a significant increase in capacity for the company. It will replace two older ferries while increasing capacity by 23 percent. The new ferry will have approximately 1,200 lane meters giving it the ability to carry 66 freight units as well as a maximum of 140 passengers.

“With the added capacity, we will be able to meet the increasing need from freight customers. In 2021, the number of freight units has already increased by 12 percent,” said Scandlines’ CEO Carsten Nørland.

The vessel also features a modular design that will permit the company to adjust it to carry cars in the future if they decided to add it to the service.

Because the ship will have a hybrid propulsion system capable of operating on fuel, it will also have the ability to act as a stand-by to fill in for one of the company’s other vessels if it is out of service for maintenance.

Scandlines currently operates two ferry routes with a high capacity between Denmark and Germany. Six of its seven vessels are now hybrid ferries, and one is also equipped with a rotor sail. The company has been an innovator in enhancing environmental performance in the maritime industry. 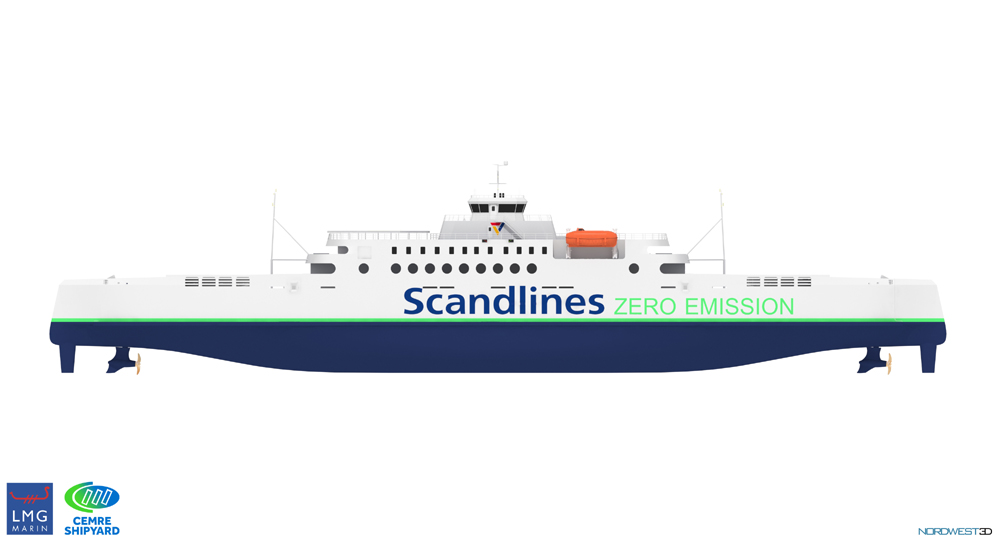