Saudi and US Navy Conduct Joint Exercise in the Arabian Gulf

The U.S. Navy and Royal Saudi Naval Forces recently took part in the third combined exercise Sentinel Shield in the Arabian Gulf as part of the Coalition Task Force Sentinel. The International Maritime Security Construct was established in November 2019 to provide reassurance to merchant shipping in the Middle East region.

The exercise was designed to demonstrate the interoperability between coalition warships supporting Sentry and Sentinel patrols in the coalition’s area of operation and support their overall mission. The Sentinel task force was established to collaborate in maintaining freedom of navigation, international law, and the free flow of commerce to support regional stability and security of the maritime commons.

“This third exercise marks participation by all three of our GCC partners,” said Commodore Craig Wood CBE, Royal Navy, CTF Sentinel commander. “We are maintaining our edge with every engagement, and we will not let up.  The free flow of commerce requires sustained vigilance.” 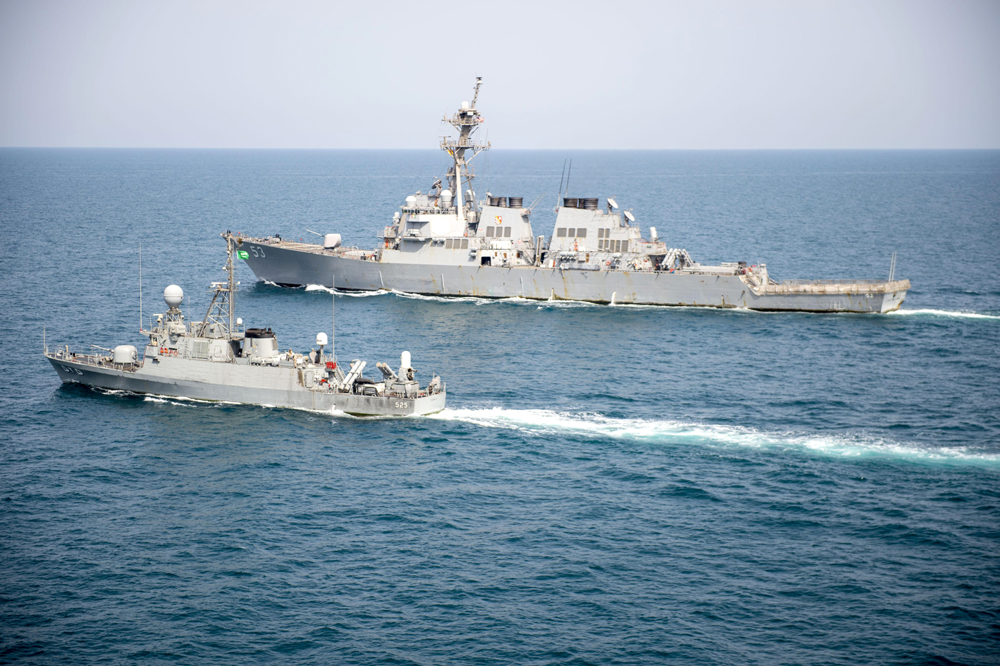 During the exercise, the Royal Saudi Naval Forces patrol boat HMS Oqbah and the United States Navy guided-missile destroyer USS John Paul Jones conducted synchronized tactical maneuvers in the Arabian Gulf. They tested their ability to communicate with each other across different systems and with merchant vessels.

“This exercise has enhanced our ability not only to work together but understand each other better. Better understanding prevents the loss of time when we have to respond together quickly,” said Royal Saudi Navy Cmdr. Thamer Dhafi Alhussain, commanding officer of HMS Oqbah. “We, here on the HMS Oqbah, are honored to uphold our part with our coalition partners in support of maritime security in this region.”

According to the command, regular training between Sentry and Sentinel patrols throughout the Arabian Gulf is important to the mission of deterrence because incidents involving state-sponsored malign activity can happen at any moment. 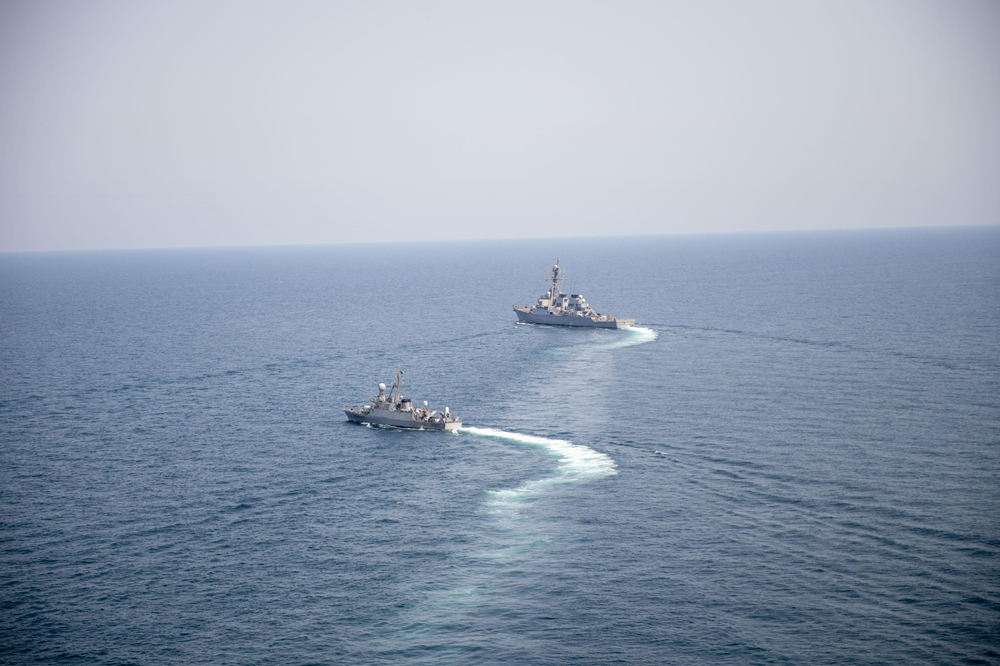