Search and rescue efforts are continuing into a third day as Indonesian officials look for the victims from a ferry sinking off the coast of Bali in rough seas. Officials from Basarnas Bali report that as many as 18 people may be still unaccounted for from the 76 passengers and crew believed to have been aboard the ferry.

According to the local authorities, the 29-year-old ro-ro ferry KMP Yunice departed East Java’s Ketapang port late on June 29 for a 30-mile trip to Bali’s Gilimanuk port. Approximately 1.65 nautical miles outside Gilimanuk, the 920 gross ton ferry was in heavy seas and possibly caught by a swift-moving current. Reports indicate the vessel began taking on water and was being carried southward after taking on a list. It sank within about 30 minutes.

SAR teams reported being hampered by the darkness and seas running up to 13 feet. During their initial efforts, they were able to recover 39 people from the water, reporting that many of them were unconscious after having drifted for hours in the sea. Seven bodies were also recovered. Subsequent reports indicated that the number of survivors was increased to 51 individuals, and the number of missing was increased from an early report of 11 to a current figure of 18. Basarnas officials reported having difficulty establishing the exact number of people aboard the ferry. They believe it had a crew of 13 plus three individuals who worked in a cafeteria onboard. The estimates on the number of passengers have ranged between 41 and 60.

A total of more than 200 personnel from the joint SAR team are involved in the operation with reports of the expanded search area ranging between 30 and 50 square nautical miles. The search includes 13 vessels as well as from the air. 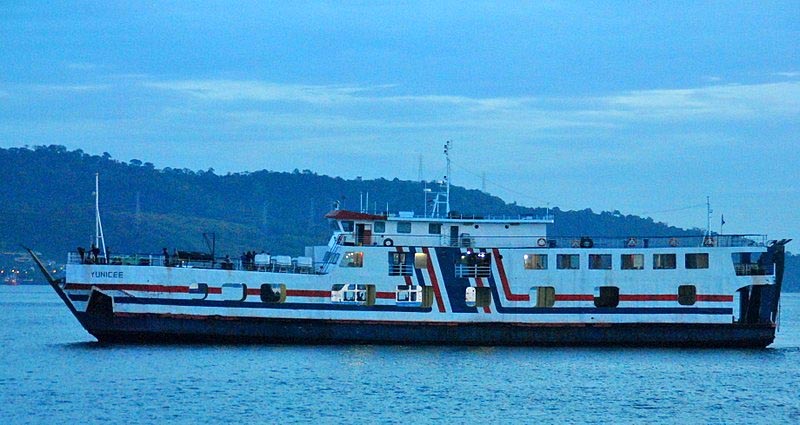 Hampering efforts is the fact that the SAR team has been unable to establish the position where the vessel sunk. They have located personal effects believed to belong to some of the passengers and life jackets. Efforts to dive in the area have so far not been able to determine the location of the vessel. Divers report strong currents and areas with a depth up to 250 feet.

Investigations are also beginning into the cause of the accident. Maritime accidents, unfortunately, are all too common for this region where with more than 17,000 islands ferries are one of the main forms of transportation. Experts cited in the past lax compliance with safety regulations, overloading, and weather as contributing factors.

The SAR team plans to resume its efforts in daylight and is also asking for help from the community to report any items found in the water or along the shoreline.