The salvage crew for the Golden Ray wreck removal has completed the fourth cut through the vessel's hull, fully separating the second section aft of the bow.

“Section Two was cut and separated in seven days without any unplanned stoppages,” said Incident Commander Chris Graff of Gallagher Marine Systems. “The speed of this cut was a result of the structural characteristics of the section combined with the cutting technique and pre-cutting operations.”

The section will be loaded out on the deck barge Julie B, and once sea-fastening is complete, it will be towed to a recycling yard in Louisiana. Work on the third cut in the sequence is not yet complete. On the 31st day of the operation, a link in the cutting chain failed - one of a series of link and connecting link breakages during operations. The break took the chain out of the cut groove, requiring divers to survey the hull, then install a system to position the chain back in the groove.

While the dive work proceeded, the heavy lift barge VB 10000 shifted over to work on the (now-completed) fourth cut in the sequence. Once the loadout of the separated section is finished, VB 10000 will shift back to complete the rest of the challenging third cut, which passes through the vessel's engine room.

According to the response team's engineers, the wreck remains stable.

The operation's spill response vessels are still finding and recovering oil sheens and debris on the water around the wreck site, as expected, according to the unified command. The Golden Ray still contains quantities of bunker fuel and lubricating oil, along with a cargo of cars, and salvors predicted that limited amounts of pollution would occur during the demolition and removal process. 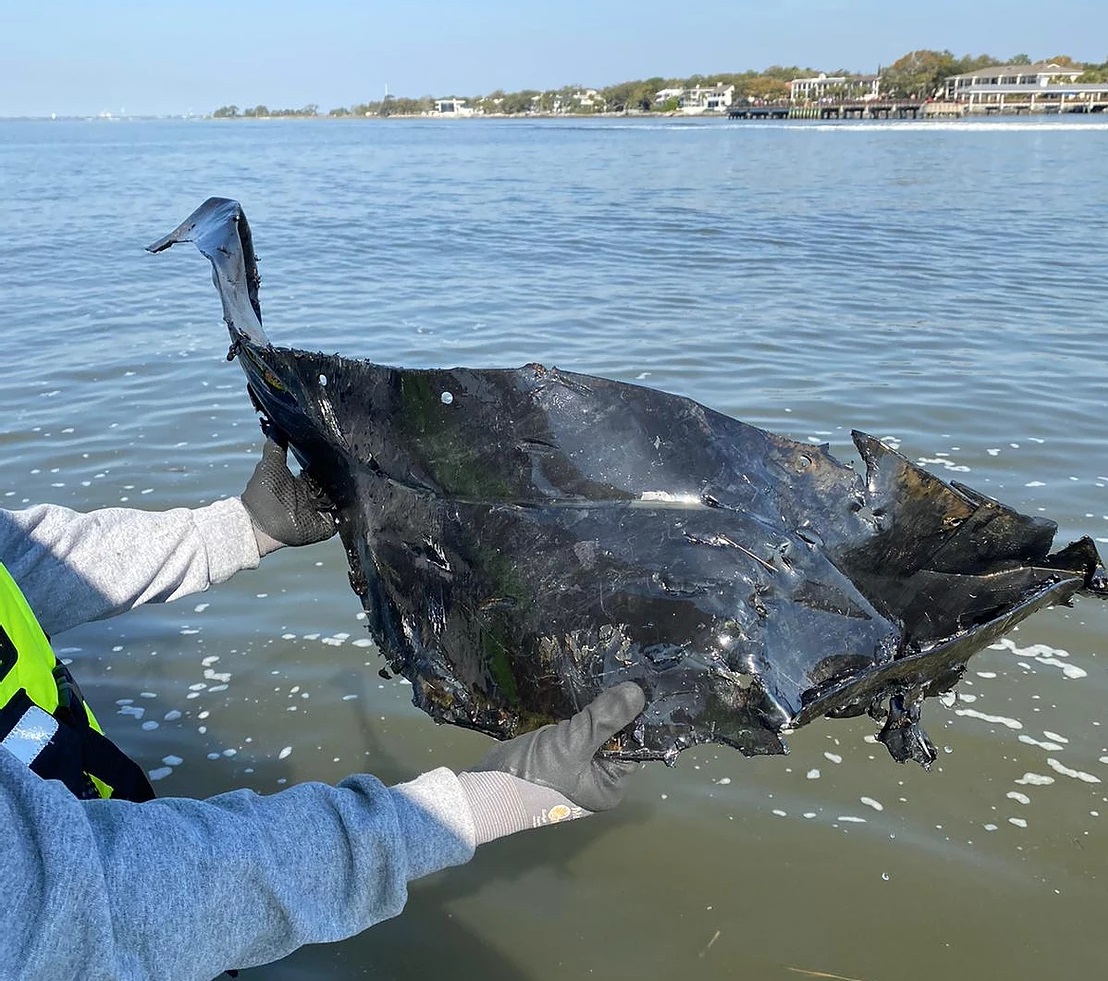