On the fifth anniversary of one of the world’s worst typhoons, maritime charity Sailors' Society says traumatized children need long term strategies to rebuild their lives.

Five years ago on November 8, Typhoon Haiyan - one of the most destructive tropical cyclones ever recorded - hit Southeast Asia, killing more than 6,000 people and leaving an estimated $2.8 billion worth of damage. 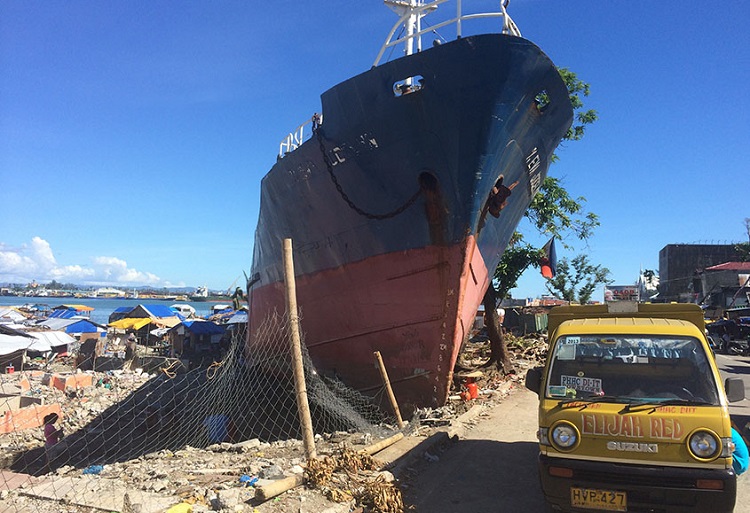 Marylourds Lim, 11, survived the disaster, but struggled to deal with the mental trauma it caused. “I got so many wounds and my foot was pierced by a nail, a lot of blood was coming out.” she said. She was six when the typhoon hit. Along with her sister and grandfather, she climbed a mountain to seek sanctuary from the floods. “I was so afraid, I asked if I was going to die. The rain was so strong and I was almost hit by lightning.” Eventually, Lim’s physical injuries healed, but the mental trauma she suffered took years to come to terms with and every time rain fell, her anxieties resurfaced. “I kept thinking about it. I kept dreaming a dog was chasing me. I felt that there was another typhoon coming.”

Julianna Cabibihan, 11, has also struggled to deal with what happened. “I heard the sounds of the wind and people shouting for help. The wind was so strong and the rain was so painful when it hit my skin,” she said. During the floods, 10 feet of water entered Cabibihan’s house and the wind blew the building’s roof off. The family spent three hours clinging to what was left of the roof, waiting for the waters to subside. Unable to swim, Cabibihan was terrified she might end up washed away. “We thought we were going to die.”

Sailors’ Society responded to the disaster by raising £225,000 ($295,000) through an emergency appeal. The charity has rebuilt 48 homes, four medical centers and three classrooms that double as emergency shelters. It also founded a Seafarers’ Pupil’s Club to help children like Lim and Cabibihan come to terms with their traumatic experiences and train them in disaster preparedness.

The charity’s deputy CEO and director of program Sandra Welch said, “After the disaster I visited the Philippines and spent a lot of time speaking to the children in the schools. I realized as I spoke to them that many of them were traumatized by what had happened and that they were still afraid.”

Teacher Annielor Malooy lost some of her pupils in the disaster. When the school began to hold classes again, many of the pupils were deeply affected by their experiences. Malooy said, “They were telling me ‘my mother died’, ‘my father died’, ‘we don’t have any food’ - I gave them my love but that’s not enough when someone has lost everything.”

Malooy has been teaching at Dr AP Banez Memorial Elementary School for more than 25 years. Haiyan was the worst typhoon she’s experienced in her 60 years. She lost all her possessions in the devastation and had to borrow food from neighbours to survive. Alongside getting her family’s life back on track, she was faced with the dilemma of how best to support her pupils.

In the aftermath, the school focused on the children’s emotional well-being rather than academic lessons and Malooy believes that the Seafarers’ Pupils’ Club has really helped the children. “The children have gained more confidence since attending the club, and we’ve had parents comment that it has really helped.” 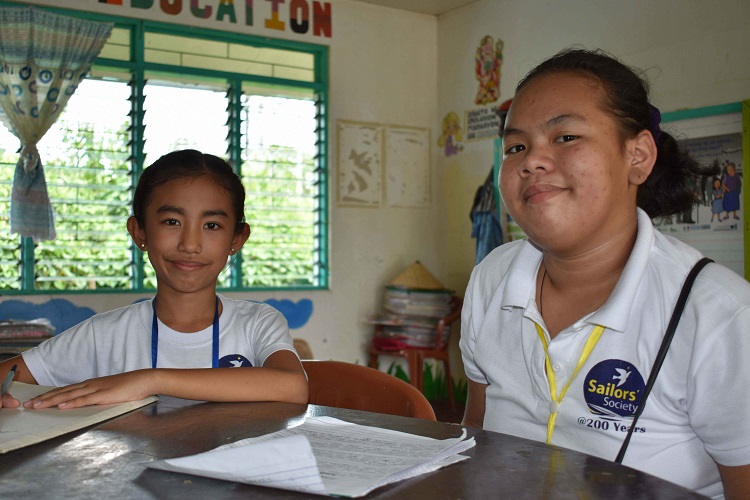 Lim added, “We were taught how to prepare before and after the typhoon, what we should do. I’m not afraid anymore.”

Welch said, “Five years down the line, we’re still helping people dealing with the trauma of a disaster. Sailors’ Society does not forget those affected. We’re about transforming lives and staying with them when it’s really tough. We will continue to work with those communities and support them because typhoons aren’t going to go away.”