Continuing with an ambitious shipbuilding effort while much of the industry has slowed, the keel was laid for the fifth Aframax tanker being built at Russia’s Zvezda Shipbuilding Complex. In total, they have announced plans to build 12 Aframax tankers.

The development of the yards at Zvezda and the tanker construction project is a high profile project for Russia as it seeks to develop its shipbuilding capabilties with the support of the President of the Russian Federation Vladimir Putin. He attended the signing of the initial order for the tankers and returned to the shipyard a year later for the first keel laying.

With a length of 250 meters and 114,000 DWT, these Aframax tankers are the first vessels of this type to be built in Russia. They are designed to transport crude oil with unlimited navigation capabilites due to the propulsion machinery that can run on liquefied natural gas. 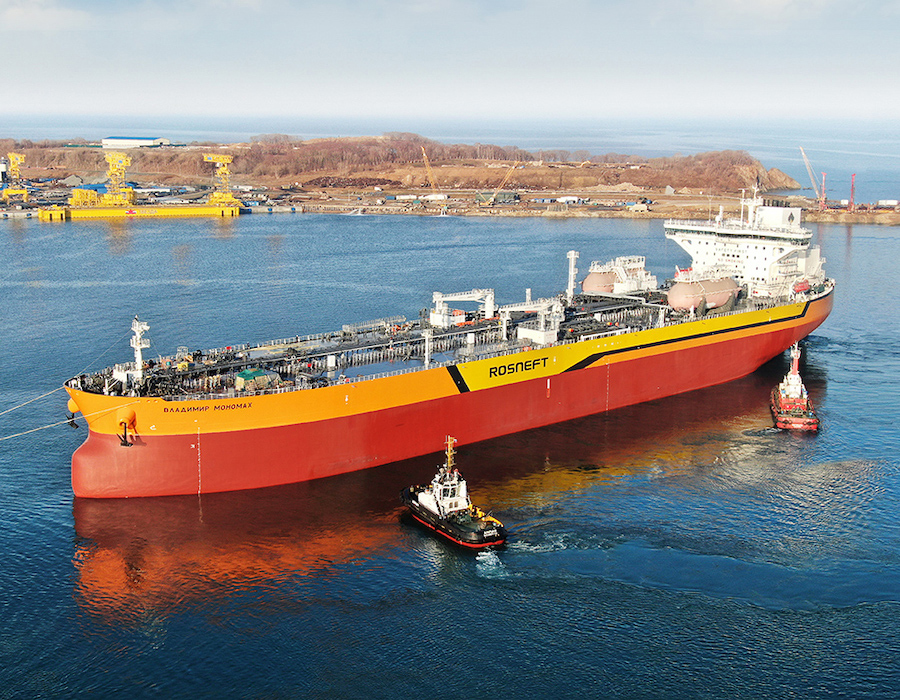 The first of the tankers was launched in May and is preparing for sea trails. The next vessel in the series was named Nursultan Nazarbayev, to honor the first President of the Republic of Kazakhstan.

The Zvezda Shipbuilding Complex reports that it currently has 39 vessels in its order book with options for 20 more. The first 28 vessels are being built for Rosneft, which is also one of the lead investors in the development of the shipyard. When completed, the shipyard’s production facilities will be able to handle vessels up to 350,000 tons displacement. It will be capable of building marine platforms, ice-class vessels, commercial vessels for cargo transportation, specialty vessels, and other types of marine equipment.