Sailors from the patrol boat HMS Tyne today helped save a diver’s life off the south coast of the UK. The patrol vessel responded to a mayday call for the missing diver while on a routine patrol in home waters.

The alert from Her Majesty’s Coastguard saw Tyne assist RNLI lifeboats from Exmouth and Lyme Regis, as well as two coastguard helicopters, a dive boat and four local fishing vessels. Tyne arrived in the area in Lyme Bay – around four miles off the coast of Seatown, Dorset – within 45 minutes of the alarm being raised.

The warship took up station at the last known position of the diver and sailors were called on to carry out a visual search.

After 20 minutes, Sub Lieutenant Andrew Boyle, a young officer under training on Tyne, spotted the diver. Tyne then radioed the location through to the Exmouth lifeboat, who were in the best location to recover him. The diver was taken aboard and brought to safety by the lifeboat. 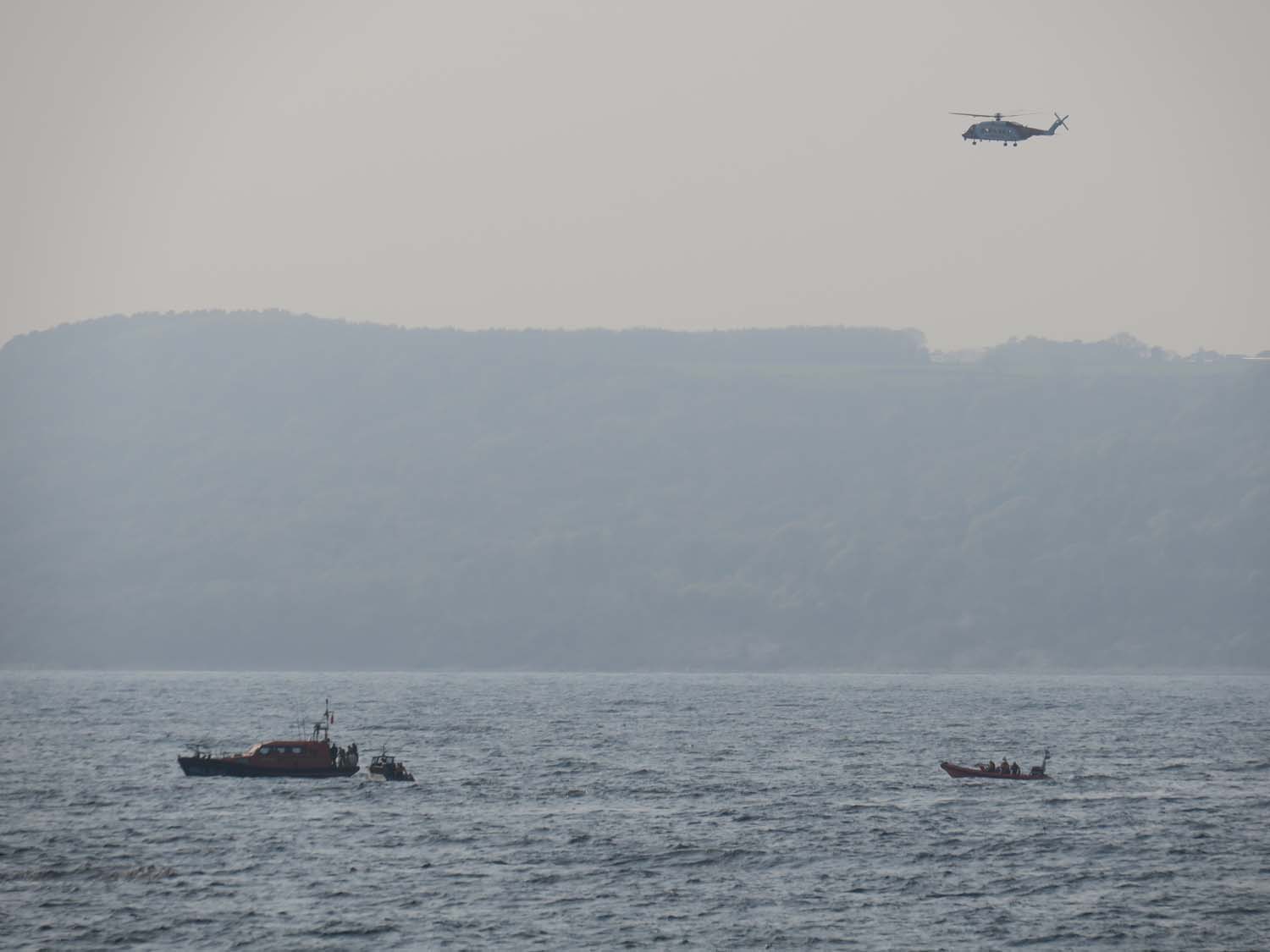 According to the RNLI, the rescuee had been diving without a buddy and adrift for two hours, during which time he floated three miles from his last reported location. He had surfaced safely but lost sight of the dive vessel after his line became detached. He did not require medical attention.

“The diver was very fortunate to have been located safe and well so quickly and, although there was an easterly swell, visibility was good and there were a number of vessels in the locality who came to help in the search," Exmouth RNLI Deputy Coxswain Roger Jackson said. “The diver was very lucky indeed and although I’m very pleased the outcome was good, I would urge everyone to please heed the latest government coronavirus instructions.”

After reaching shore, the diver and one additional individual from the dive vessel were fined for breaking the UK's stay-at-home rules, according to the BBC.

Tritec Marine and Stena LNG are collaborated to create an innovative "SAFE Bunker" concept. According to the companies, the challenge is to develop a new design that meets a growing need for LNG bunkering solutions as the shipping industry increasingly turns to the new fuel alternative.  The objective was to develop a ship that not only guarantees delivery of LNG bunker safely and efficiently but should also eliminate the contact between the vessels. “As we move into the third decade...

The shipping industry continues to find itself caught in Brazil’s struggles with the COVID-19 virus. The ports, which are vital to Brazil’s economy are being challenged to manage operations with several ships being quarantined as the country’s health officials attempt to stop the spread of the virus. Brazil was the first of the South American countries to report cases of the virus in February and continues to have the highest number of cases in the region. According to the World...