The Royal Navy has deployed a team of an additional 18 medics to the naval auxiliary RFA Mounts Bay to provide humanitarian assistance to the Bahamas. Mounts Bay is operating off the northern Bahamas in support of the relief effort on Grand Bahama Island and the Abaco Islands.

The extra 18 medics are military personnel who normally work with the UK National Health Service and deploy overseas as needed. The team will provide emergency medicine, intensive care and surgery to those in need - a higher level of care than that presently available aboard the Mounts Bay.

“The Role 1 medical team is there to support personnel on the ship with everyday illnesses and undertake emergency care whereas we are there for life-saving damage-control surgery and resuscitation," said Lieutenant Commander Anna De-Saint, the team's commanding officer. “A lot of our kit is already on the platform, including all the medical equipment, drugs and surgical equipment. One of the most important thing we are taking out there is blood."

The UK is working with other partners in the region, including the U.S. Coast Guard, whose helicopters have refueled on RFA Mounts Bay. The Coast Guard was one of the first relief agencies on scene, and it has rescued more than 300 survivors to date.

The U.S. Navy has not yet received a formal request from USAID or U.S. Northern Command to assist in the relief effort, and its capabilities have been standing by. The amphib USS Bataan and her escorts are on a training mission in the Atlantic and could bring 2,200 Marines, an air wing of heavy lift helicopters and space for 600 hospital beds to the effort. Senator Marco Rubio (R-FL) has called on USAID to enlist the help of the hospital ship USNS Comfort and the USS Bataan Amphibious Readiness Group as soon as possible.

"Vertical-lift of those who are injured and require treatment by trained professionals is the only solution until debris is cleared and on-shore resources can be stood up. The USNS Comfort, and its crew of trained medical staff, flight deck and ability to desalinate water, would be ideal," Sen. Rubio wrote. "[Comfort] could be reassigned to the Bahamas and provide short-term medical treatment as runways and ports come back online. Additionally, the Bataan Amphibious Readiness Group, already in the area, has ships that are also capable of providing air lift and medical support."

Response efforts continue for the northern Bahamas, which were hit hard by extreme winds and high storm surge from Hurricane Dorian last week. The official death toll stands at 45, but the number is expected to rise dramatically as search and recovery operations continue.

About 3,500 people have been evacuated from Great Abaco Island, where homes and businesses were nearly obliterated by the storm. An estimated 60 percent of the buildings in the town of Marsh Harbour were destroyed, and two makeshift communities built by Haitian migrants were effectively flattened. No businesses on Great Abaco are operating, and widespread looting has been reported.

Some Bahamian nationals with valid passports have evacuated to the United States, including at a number who were carried across by private boat operators and processed by U.S. Customs and Border Protection. However, a group aboard a Balearia ferry that attempted to cross Sunday night experienced paperwork difficulties, leading to media controversy and confusion over documentation requirements.

Customs and Border Protection says that entry requirements have not changed, and it has called on air and maritime passenger operators to coordinate with the U.S. Embassy in the Bahamas and with CBP prior to departure. The agency highlighted a recent successful voyage conducted by the cruise ship Grand Celebration, which brought hundreds of pre-screened Bahamian nationals to Florida with no customs difficulties.

Norwegian oil company Equinor's terminal on Grand Bahama Island suffered damage in the storm and released a limited quantity of oil into the environment. In a statement Monday, Equinor said that its experts in the Bahamas, the U.S. and Norway are coordinating response and damage mitigation efforts, including efforts to reduce the impact on nature and wildlife.

A team of experts on oil spill response is now on site and making preparations, accompanied by security personnel, Equinor said. Two cleanup vessels are en route from Louisiana with 43 oil spill response personnel and cleanup equipment. Equinor expects the vessels to arrive within several days. More personnel are mustering in Florida and will arrive in about two days' time.

Equinor says that it has no indication that the spill is ongoing, and it does not believe that it has affected beachfront areas or the ocean. 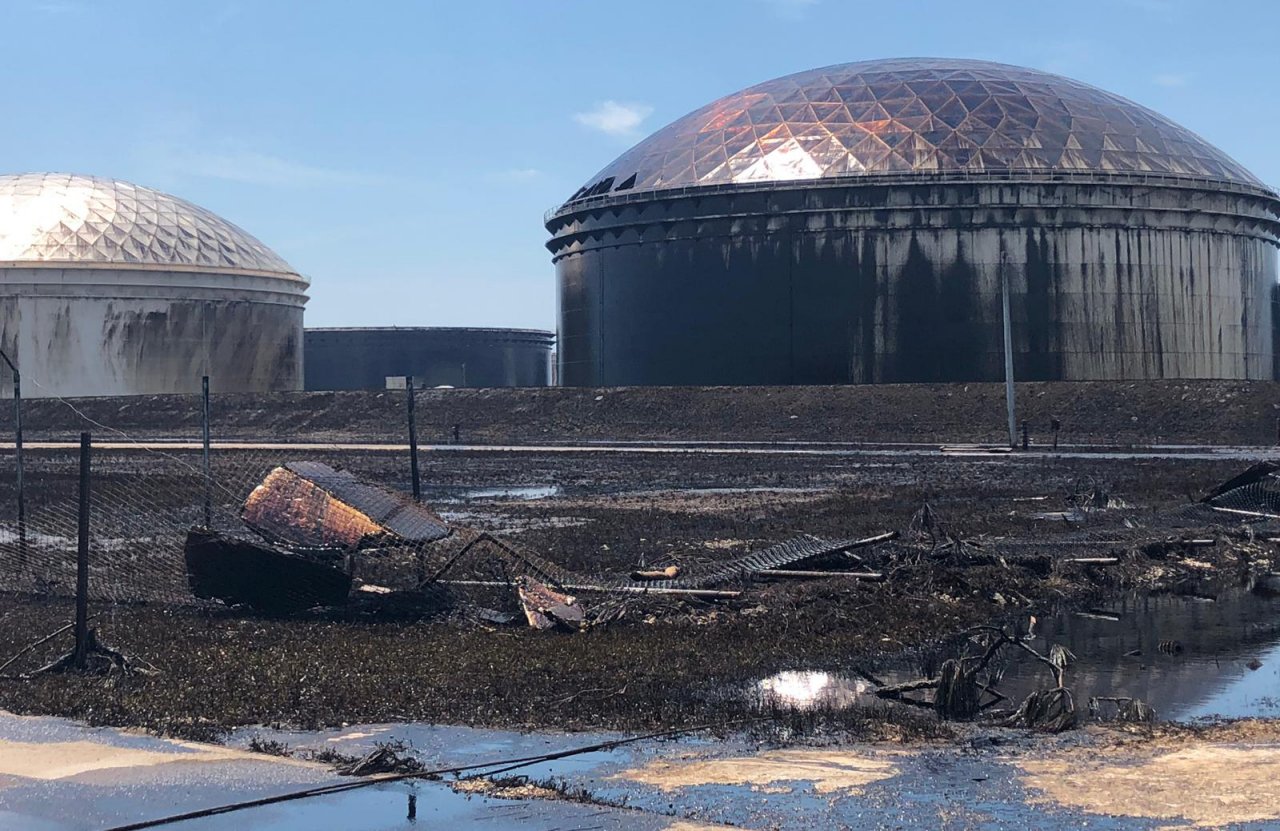