The CMA CGM Group has introduced Rhine Valley Rail, a new rail service connecting the Port of Rotterdam with the German hinterland.

Operated in cooperation with TFG, a specialist in containerized seaport hinterland transport for German ports, the Rhine Valley Rail service will officially start with its first train departure in Dortmund on October 18. The service will see six departures per week between the Port of Rotterdam and the German inland hubs of Dortmund, Duisburg and Ludwigshafen.

In Rotterdam, the trains will call at three different terminals (Euromax, RWG and ECT), and the train schedules are synchronized with the arrivals and departures of the CMA CGM Group’s vessels.

CMA CGM claims the service will allow customers to lower their carbon impact, and as alternative to road and water transport, the new service is independent of road and barge congestion and Rhine river water levels.

Rail is playing an increasingly prominent role in freight transport from and to the European hinterland, and the move is a further increase on Rotterdam's rail network after German rail operator Boxxpress started service in Rotterdam in July. Boxxpress, the traction supplier of intermodal shuttle operators ERS railways, Eurogate and TX Logistik, operated its first container train from Rotterdam to Munich on July 1. Boxxpress operates trains from Bremerhaven and Hamburg to various hinterland connections, mainly in Germany. Boxxpress transported a total of 670,000 TEU in 2018. 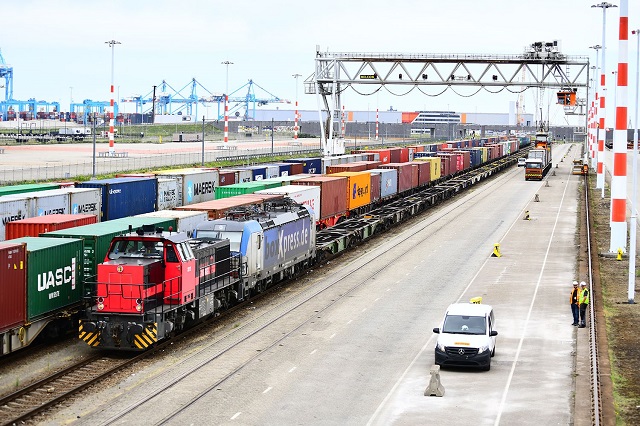 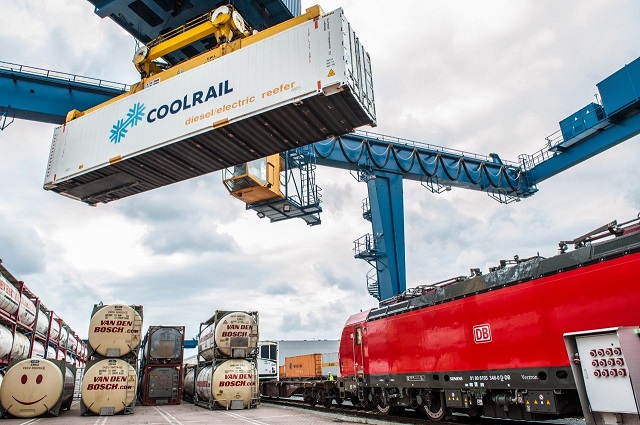 In May, CoolRail, a new direct rail connection set up especially for fresh produce, was launched. The temperature-controlled train transports cargo between Valencia and Rotterdam three times a week. While transporting products to the Netherlands takes just as long via the new rail connection as road haulage, trains offer a CO2 reduction of 70 to 90 percent compared to trucks. CoolRail is an initiative of Euro Pool System which provides logistics services and re-usable packaging to the fresh produce chain.

Spain is one of the key trading partners of the Netherlands for fresh produce. The rail connection with Valencia is the first branch of a completely new network. The partners aim to expand and establish new CoolRail connections with Germany, Scandinavia and the U.K. 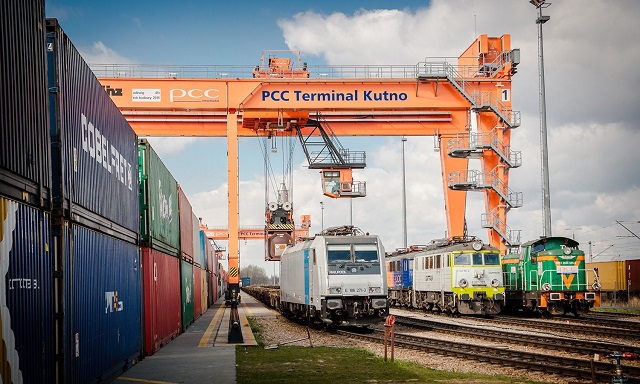 In April, PCC Intermodal increased the frequency of its rail service between Rotterdam and terminals in Frankfurt Oder, Kutno, Brzeg Dolny, Gliwice, Kolbuszowa and Pozna? from seven to eight times per week. Poland has been one of the fastest growing economies in the European Union for years, and an increasing number of companies are choosing rail transport to reduce environmental impact. The PCC Intermodal terminals are close to motorways and rail hubs, enabling onward transport of freight to countries including Turkey, Scandinavia, Russia, Mongolia and Kazakhstan.

Over 250 international rail connections run to and from the port of Rotterdam, and earlier this year, the port developed a new application called OnTrack. The application offers real-time insight into rail freight flows within the port.