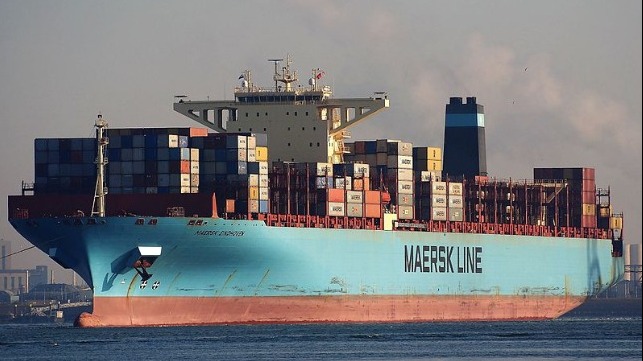 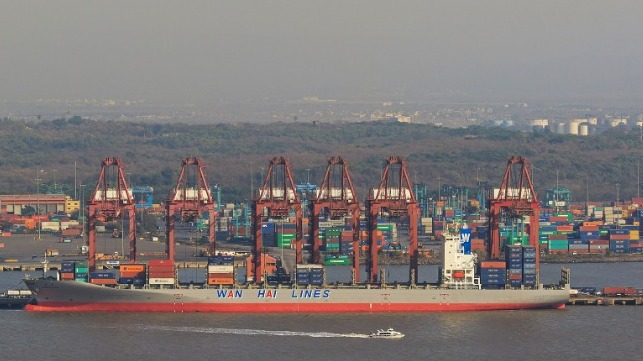 Three Royal National Lifeboat Institute (RNLI) lifeboat crews launched on Tuesday night to assist a commercial fishing vessel that was taking on water off the Isle of Man.

The fishing boat was located about 20 nautical miles west of the port of Peel, which is located on the west side of the island. The crew had requested assistance when their own salvage pumps failed to keep up with an inflow of water through the stern of the vessel.

The volunteer RNLI crew at Donaghadee, Northern Ireland launched the lifeboat Saxon at 1800 hours and made good speed towards the fishing vessel in a moderate sea. Peel RNLI’s lifeboat, the Ruby Clery, also launched at 1800 from the Isle of Man, followed by the Portaferry lifeboat at 1845.

The Saxon was on scene at 1900 hours. By the time of her arrival, the crew of the fishing vessel had managed to lower the water level using their own pumps, and they were safely escorted into Portavogie Harbor by Donaghadee and Portaferry RNLI’s lifeboats.

"The quick thinking of the . . . skipper of the vessel to request assistance early is commendable. He realized that they may not get the issue under control and allowed ample time for the lifeboats to get to himself and his crew," said Donaghadee RNLI Coxswain John Ashwood.

On Friday, the Aran Islands RNLI lifeboat crew spent nine hours at sea to help bring a sick fisherman to shore for medical care. The Irish Coast Guard asked the RNLI to deploy to assist a French fishing vessel about 40 nm to the west of the islands, which are located just off Galway Bay on Ireland's west coast.

Weather conditions on scene were moderate, with swells to six feet; an Irish Coast Guard helicopter had already attempted to evacuate the victim by hoist, but had not succeeded.

When the Aran Islands lifeboat crew arrived, they transferred a crewmember over to the fishing vessel to provide assistance. They were not able to move the victim over to the lifeboat because of the differing height of the vessels and the motion of the swell. Since it was not possible to safely evacuate the crewmember in the prevailing conditions, the fishing vessel diverted to a position in the lee of the islands, where the swell was reduced and it was possible to hoist the victim onto the helicopter for evacuation.

"The conditions out there last night were challenging due to the height of the vessel and sea conditions. The volunteer crew members drew on all their training and their joint exercises with the Coast Guard to aid in a successful rescue," said coxswain Mairtin O'Flaithearta. RNLI/Nicholas Leach

Maersk is reporting that its boxship the Maersk Eindhoven has resumed its voyage recovering quicker than expected from the recent incident. The vessel had lost propulsion power causing 260 containers to be lost overboard east of Japan and an additional 65 containers were damaged but remained aboard.  The 13,100 TEU containership departed from APM Terminals Yokohama on March 2 resuming the interrupted voyage from Xiamen, China sailing to Los Angeles. The current estimated time of arrival is March 13 at...

India's government has announced a long term $82 billion plan to invest in the nation's seaports. Speaking at the Maritime India Summit on Monday, Prime Minister Narendra Modi called for massive public and private commitments to improve infrastructure for maritime trade.  "As many as 574 projects at a cost of $82 billion . . . have been identified under the Sagarmala project for implementation [through] 2035," said Modi.  Pointing to the possibilities for foreign investors, he said that India's ports...