The incident began around 6:45 am local time in the Baram oil field approximately 14 nautical miles off the city of Miri on the northwest coast of the island of Borneo. Weather conditions were poor with the seas running at approximately 11 to 13 feet when the anchor on the OSV Dayang Topaz, operated by DESB Marine Services, reportedly either separated or slipped causing the OSV to collide with the Baram B oil rig platform according to the Malaysian Maritime Enforcement Agency. 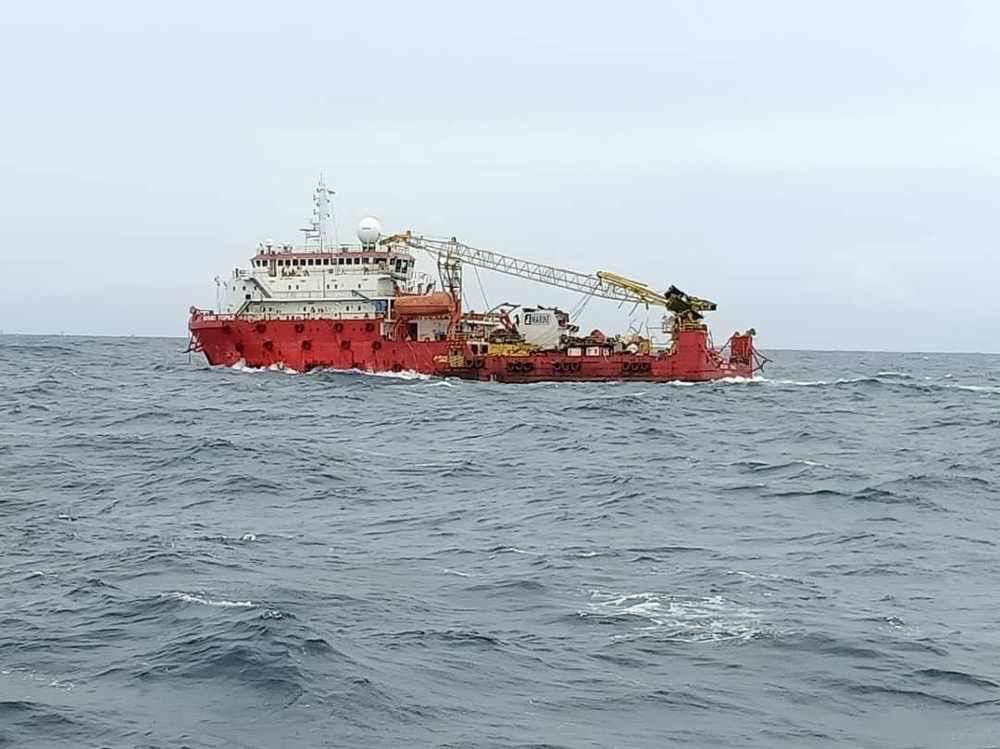 The Maritime Rescue Coordination Center received an emergency signal reporting that the Topaz was in distress and possibly sinking. By the time the first rescue vessels arrived in the area approximately 125 of the workers had jumped into the ocean while another 62 were still aboard the Dayang Topaz.

More than 300 people aboard 15 ships along with four aircraft were involved in the rescue. Maritime Malaysia reported that it dispatched a boat and two ships to the scene while Petronas, operator of the rig, and Shell also deployed ships. The rescue operation required approximately two hours to retrieve 121 workers from the water. Initially Maritime Malaysia reported that one worker had died and that four were still missing with additional search and rescue efforts continuing. 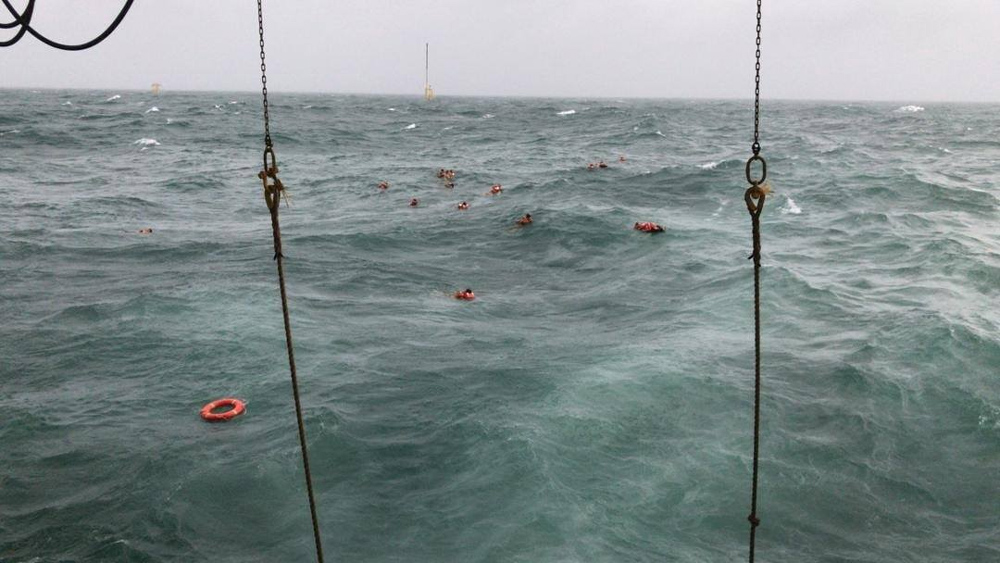 Two injured workers were airlifted by helicopter directly from the platform to the Miri Air Base for treatment in the local hospital. Later reports also said that a second worker died, although it was unclear if it was one of the injured or another worker taken from the sea. Pictures showed visible damage to the rig, but there were no reports of additional injuries.

The rescue ships started to return to shore at the Miri Port Jetty with the workers while one vessel was reportedly standing by the damaged OSV that had remained afloat. The rescued individuals were assessed onshore but the operation was being slowed by COVID-19 precautions.

Petronas later issued a statement confirming the details of the accident and saying, it was “deeply saddened by the incident and we would like to extend our heartfelt condolences to the families of the deceased. An investigation is currently underway and all relevant authorities have been informed of the incident. Our utmost priority is the safety of all personnel involved.” 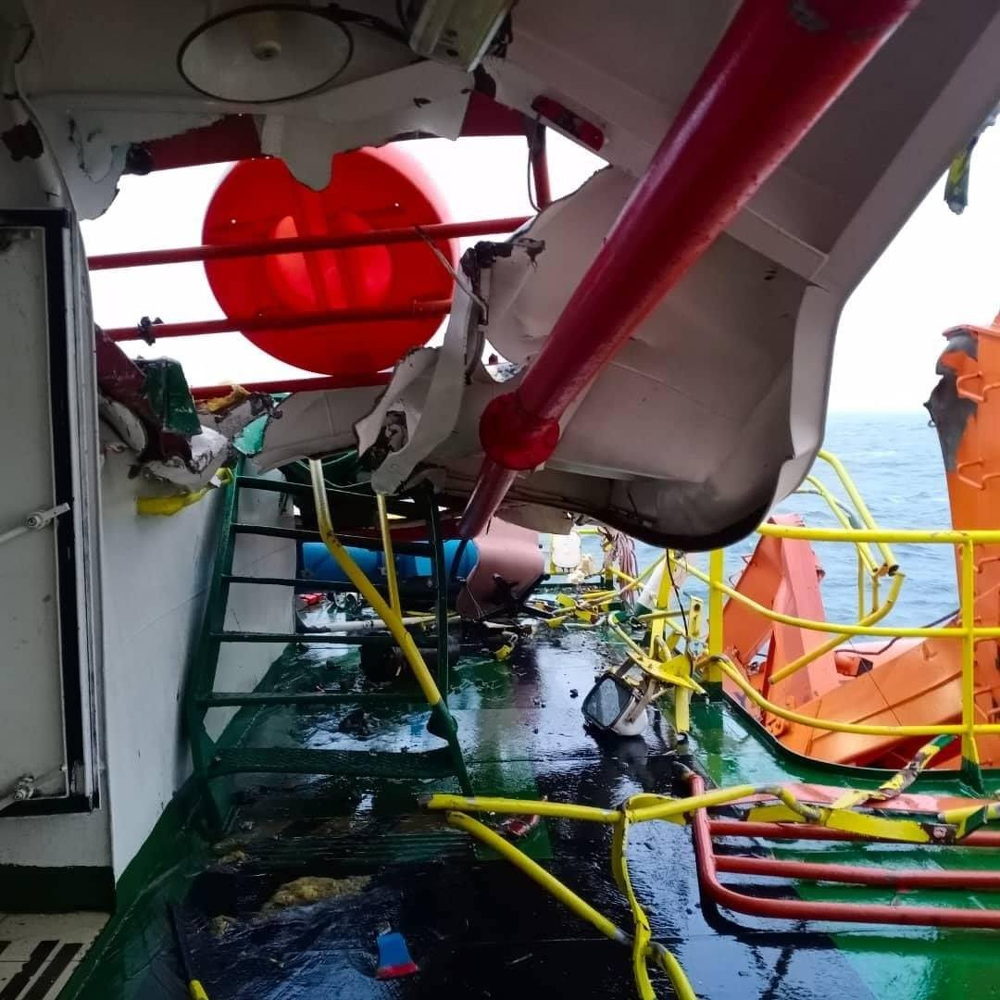