On June 8, the crew of the U.S. Coast Guard cutter Vigilant helped save a vessel from flooding - and discovered about $290 million in cocaine in the process.

The intercept began when a Coast Guard HC-130 SAR aircraft spotted a suspect motor vessel traveling northeast of Panama. The Vigilant's crew launched a small boat with a law enforcement team, who proceeded to board the vessel. They discovered that it was taking on water.

The Vigilant dispatched a damage control team, and at the suspects' request, they were able to contain the source of flooding. The law enforcement team continued the search and discovered cargo suspected to contain contraband. They recommended that a more thorough inspection should be completed in port due to the sea state and safety concerns. 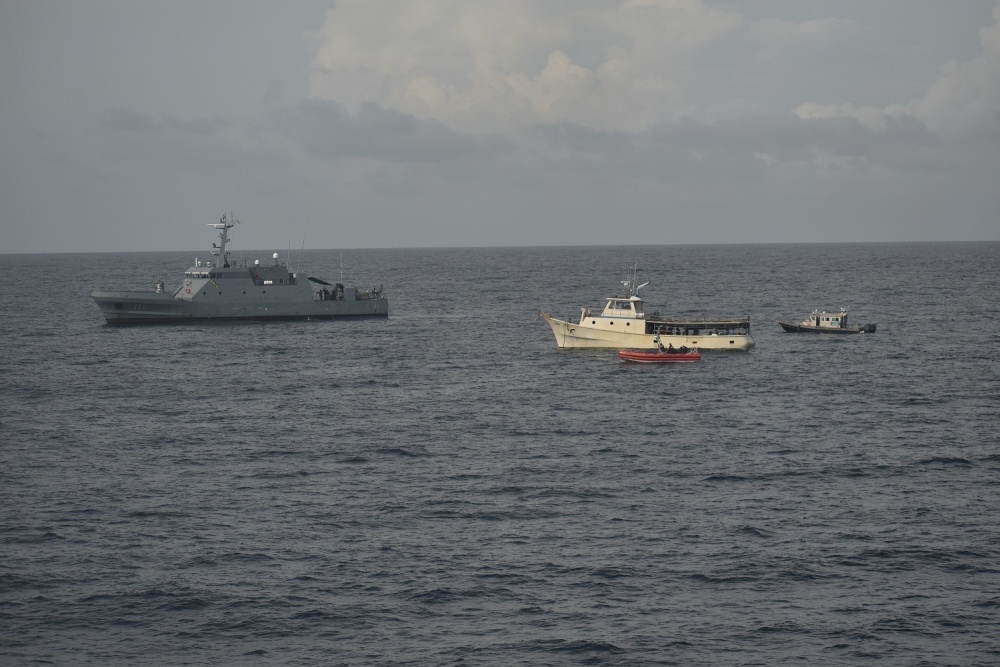 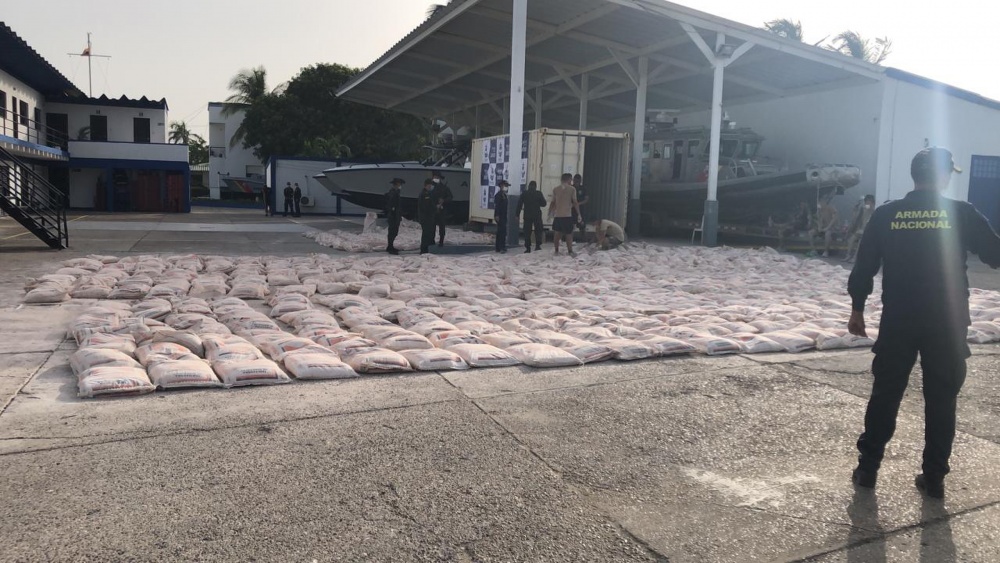 Working with Colombian authorities, the Vigilant's crew took the suspect vessel in tow and transferred it to Colombian custody. The Colombian Navy continued an inspection alongside the pier, and they discovered nearly 17,000 pounds of suspected contraband. Lab test reports yielded positive results for cocaine. Final lab testing is still in progress, but the drug seizure is predicted to be worth up to nearly $290 million.

On April 1, U.S. Southern Command began enhanced counter-narcotics operations in the Eastern Pacific and Caribbean, and the Coast Guard is a leading participant in that effort. All maritime interdictions and boardings are conducted by Coast Guard personnel. “As we address the persistent threats our nation faces across our maritime approaches, the success of this highly collaborative operation speaks to the value of our relationship with our valued international partner, Colombia, and of the mutual successes we achieve when we coordinate our efforts," said Rear Adm. Eric C. Jones, commanding officer of the Seventh District.