With more containerships arriving daily, the backlog at the Southern California ports has grown to record levels. For the first time in seventeen years, ships are being held in drift positions outside the anchorage in San Pedro Bay with predictions that the congestion will continue at these levels at least until mid-to-late February.

The Marine Exchange of Southern California, a ninety-plus-year-old, non-profit organization that oversees the flow of maritime commerce throughout the region, reported on Wednesday, January 27, that the San Pedro Bay port complex had set a new record with 55 ships at anchor. That topped the previous high by three vessels, but the record would only last for hours. Five additional ships entered the anchorage on January 28, raising the record to 60 vessels. 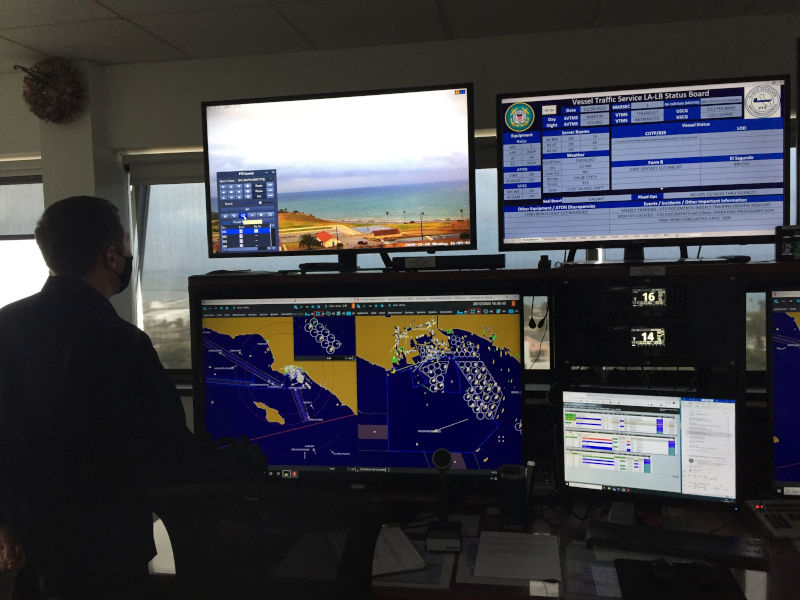 The number of ships waiting for space in the ports is creating a new set of challenges for the managers of the region. In addition to the primary anchorage spots, they have begun to use and filled 10 contingency anchorages located near Huntington Beach, California.

Yesterday, the Marine Exchange reported that for the first time since 2004 it has begun placing ships in drift boxes outside the anchorage. Three vessels have been placed in these spaces where they remain underway at slow speed in effect circling in a defined area.

“We'll move ships from drift to anchor in the order they arrive if the open anchorage is suitable for their length and draft,” the Marine Exchange wrote in an update on Twitter. 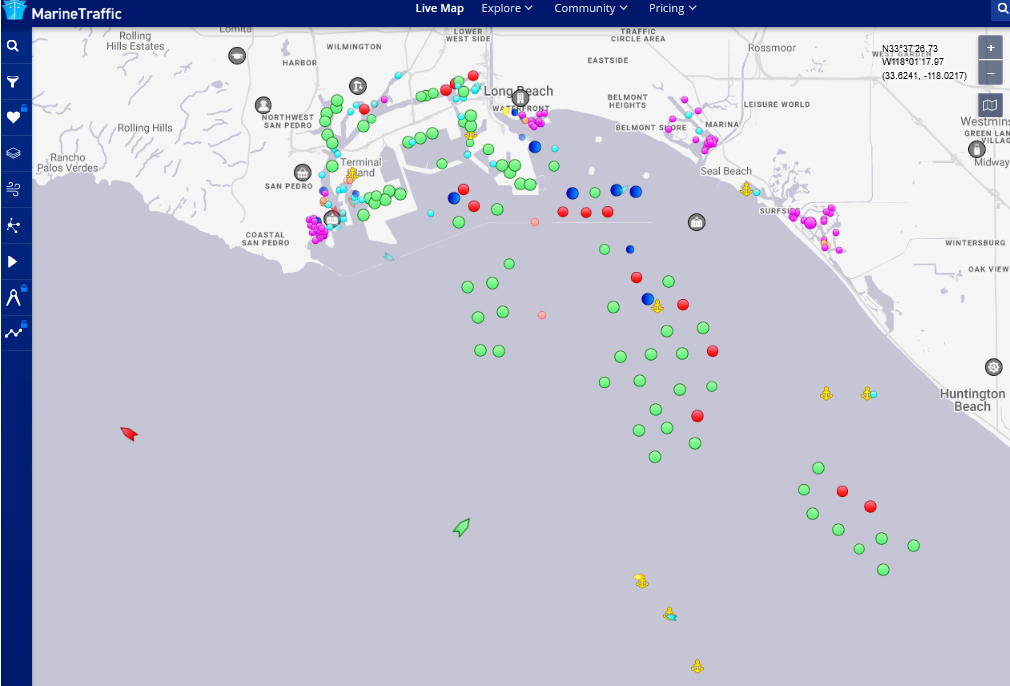 As of January 28, there were a total of 110 ships in port in Southern California, an increase of seven from the prior day. Fifty of those ships were at berth, an increase of two from the prior day, while the remaining 60 ships, including 38 containerships, await dock space. The Port of Los Angeles reports that a total of 18 ships, including 16 container ships, a tanker, and a reefer, are at the terminals today while the Port of Long Beach has 14 vessels at its terminals. Data from Los Angeles’ Signal port optimizer application shows that on average vessels are waiting more than seven days in the anchorage.

While the major container ports around the United States are all reporting some level of congestion, the ports of Southern California are experiencing the heaviest levels as imports from Asia arrive at the port. Los Angeles’ port optimizer shows that the volume has risen to 150,000 to 160,000 loaded import TEUs a week, while the neighboring Port of Long Beach shows 90,000 to 100,000 loaded import TEUs a week and total import, export, and empty TEUs moved nearing a weekly 200,000. Long Beach is expecting as many as 19 to 20 vessel calls a week and both ports report minimal to no blank sailings on the lines’ schedules.

Analysts following the situation at the ports expect the volume will remain steady until at least mid-February when there might be a slight lull as Chinese manufacturing and shipments normally decline during and just after the Lunar New Year’s holiday. However, many of the shipping lines were hoping to use that lull to reduce backlogs. The National Retail Federation, which tracks imports by retailers, projected in its year-end Port Tracker data that the lull might not come till April and then only briefly before a strong surge as retailers prepare for the summer.