Piracy in Asian waters has increased this year, according to regional piracy monitoring center ReCAAP. 75 attacks were reported in the first three quarters of the year, an increase of nearly 40 percent relative to last year and a higher number than at any point since 2015. 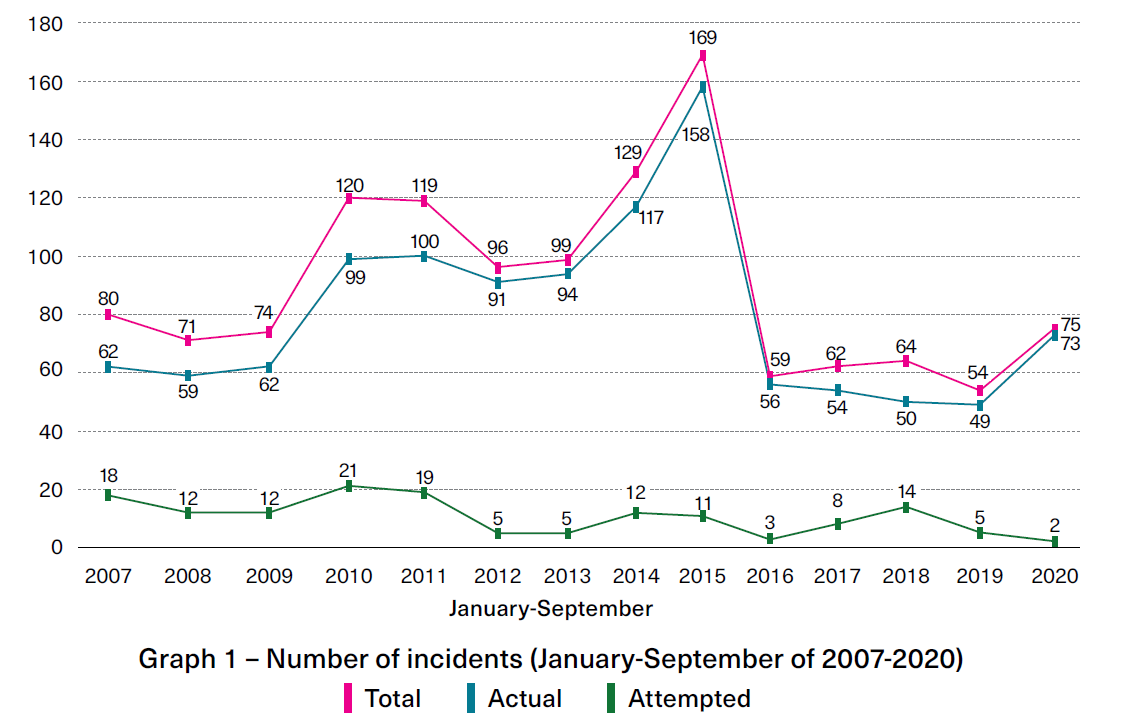 Almost all of the attacks were armed robberies, but four were more serious acts of piracy. In particular, kidnapping remains a significant concern in the waters off Eastern Sabah, Malaysia, at the intersection of the Sulu and Celebes Seas. This pattern is associated with the Abu Sayyaf terrorist group, which is based on the remote islands of the Philippines' Sulu Province. In one concerning case, five crewmembers were abducted from a trawler off Lahad Datu, Sabah in January. On September 29, the body of one of the five hostages was found by the Philippine armed forces in Patikul, Sulu. The remaining four fishermen are still in captivity.

The Philippine Coast Guard relayed two further warnings about planned Abu Sayyaf Group attacks in the Eastern Sabah-Sulu region later in the year. On May 22, ReCAAP received information from the PCG about a group of five Abu Sayyaf Group fighters who were planning on targeting fishermen or mariners on other slow-moving vessels. The PCG sent a similar warning about a five-person pirate action group in July, and this advisory still stands. ReCAAP recommends that vessels should follow its detailed recommendations on transiting the Sulu-Celebes Seas and stay in contact with the Eastern Sabah Security Command while in the region.

Boardings and robberies have also risen markedly at anchorages in Manila and Batangas. In the Philippines, 13 incidents were reported during the first three quarters of the year - not quite as many as seen during 2017, but a marked increase relative to the past two years. Three incidents of the incidents at Batangas involved some form of assault against the crew, a new and concerning the development. The Philippine Coast Guard has increased the frequency of its patrols and boardings in response.