PortMiami Grows With the Cruise Industry

Demonstrating its role as the world’s leading cruise port, PortMiami expects to break the six million-passenger mark in FY 2019. To meet this goal, one new cruise terminal is currently under construction, a second one is due to begin construction in 2018 and they anticipate concluding a new memorandum of understanding (MOU) with another cruise line in just a matter of weeks.

“Five years ago we never would have thought of these numbers,” says Juan Kuryla, Director of PortMiami. Contributing to this success, he points to a “renewed excitement in all of Miami-Dade County.” Kuryla says it is important to show that “we want them, and this is what the government has done,” referring to the cruise lines and tourists. He acknowledges the support of Miami’s Mayor and the City Government is allowing the Port to invest to serve more cruise ships and meet the needs of the larger ships. “The services that our staff provides at all levels is also very important,” he notes.

PortMiami’s next major milestone comes in just a few weeks when MSC Cruises’ revolutionary new ship the MSC Seaside, arrives to homeport year-round in Miami. Starting in November 2016, PortMiami undertook the renovation and expansion of Terminal F, which is due to be completed early in December, in time to welcome the MSC Seaside. Terminals D and E also received a number of upgrades recently and Terminal J on the south side of the port, used by smaller, luxury cruise ships, including Oceania Cruises and Regent Seven Seas Cruises, is also being enhanced to improve passenger handling.

In March 2017, PortMiami in partnership with Royal Caribbean Cruises broke ground on an entirely new facility, Terminal A, east of the current cruise ship terminals on Dodge Island. Framing for the signature terminal is nearly complete while the Port also undertook dockside cleanup and replacing the old, deteriorated bulkhead. Terminal A is scheduled to open in October 2018 at which time PortMiami will begin welcoming additional Royal Caribbean ships, including two of the world’s largest ships of the Oasis class. 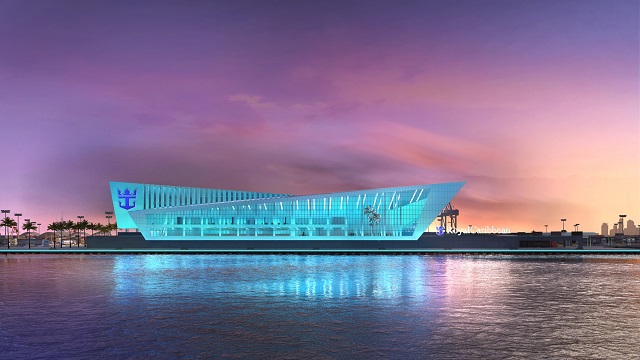 PortMiami and Norwegian Cruise Line are also planning a new Terminal B to meet NCL’s future needs. The current Terminals B and C will be combined and construction on the new Terminal B will commence in early in 2018. The new terminal is scheduled to open in 2019.

Kuryla points out that the growth plans do not stop there. “We are currently in discussions with one of our cruise partners for another new terminal east of the current facilities. We are calling it Terminal AA.” While nothing has yet been finalized, Kuryla hopes to be able to announce the completion of an MOU for Terminal AA, “possibly by late December.”

The in-transit portion of the business is also growing. Firms, including HAPAG Lloyd, AIDA Cruises, Fred. Olsen Cruises, and TUI, all included Miami as a port-of-call for their ships. “While the great majority is homeport, in-transit is looking to grow. We had 15 to 20 ports-of-call from the different cruise lines in FY 17,” said Kuryla. These calls are helping to contribute to the Port’s growth, coming mid-week on off-peak days.

PortMiami is expecting a possible 5.4 million cruise passengers in FY 2018. The high season kicks off with the arrival of the MSC Seaside and her naming ceremony. “The fireworks are going to be incredible,” predicts Kuryla. “It is going to be like nothing Miami has seen before. It is going to be an incredible year ahead.” 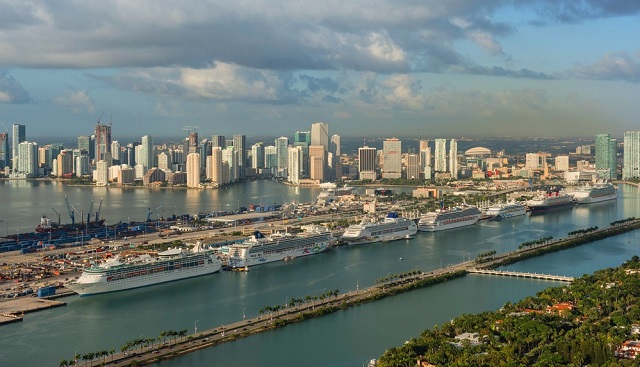