PortMiami is working aggressively to expand its role as one of the leading ports in the U.S. Benefitting from ongoing infrastructure investments, and strong global trade, PortMiami is achieving record performance in both its cargo and passenger operations.

PortMiami recently reported a new record performance in FY2019 (12 months ended September 30, 2019). For the fifth consecutive year, it surpassed the one million TEU mark for its container operations while also nearing seven million passengers moving through the Port. According to information from PortMiami, it generates more than $43 billion annually to the south Florida region while creating 334,500 direct, indirect and induced jobs.

“The strong performance at PortMiami, one of Miami-Dade County’s main economic engines, is great news for our community,” said Mayor Carlos A. Gimenez in a prepared statement. “The growth figures confirm our role as a leading global gateway and demonstrate the continuing draw of the Port.”

Best known for its cruise operations, PortMiami also operates one of the busiest container cargo ports. As a result of recent efforts, including dredging the Port’s main channel and the addition of new cargo gantry cranes, the Port is now handing a steady stream of post Panamax container ships. In December 2019, PortMiami saw the arrival of the 13,344 TEU CMA CGM Magellan, which became the largest container ship to dock in Florida. In FY 2019, PortMiami achieved a 3.4 percent increase in cargo operations handing a total of 1.12 million TEUs.

The passenger operations also reported dramatic growth in FY 2019 with a 22 percent increase achieving an all-time high total of 6,824,000 passengers. Reinforcing Miami’s role as the cruise capital of the world, the major lines each positioned their newest and largest cruise ships at PortMiami.

To ensure the future growth of the cruise operations and to enhance the passenger experience, PortMiami has also begun a long-term effort in conjunction with the major cruise lines to replace and upgrade the existing terminal facilities. It is anticipated that over $1.1 billion will be invested using a new model of public-private partnerships, including long-term leases and preferential docking agreements.

Royal Caribbean International became the first of the cruise lines to open a new signature 170,000 square-foot terminal building in Miami in November 2018. As part of its long-term lease agreement, Royal Caribbean anticipates that it will more than double its annual passenger traffic at PortMiami to an estimated 1.8 million passengers. This terminal also made it possible to homeport two of the world’s largest cruise ships, including the 6,680-passenger Symphony of the Seas, in Miami. 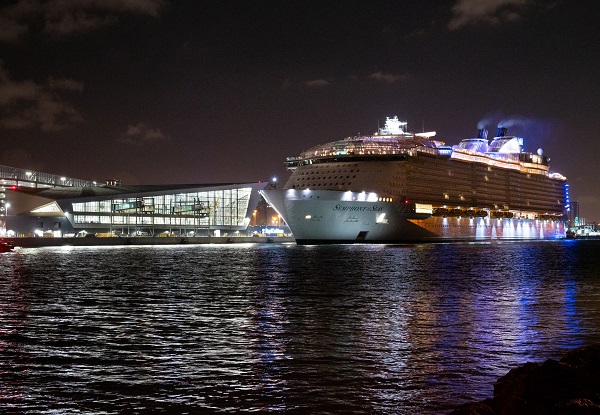 Using a similar format, Miami also recently entered into a long-term lease agreement with MSC Cruises to build a terminal adjacent to the new Royal Caribbean facility. The distinctive wing-shaped structure is expected to be completed in 2022. It will be able to handle two ships for MSC, including the 205,700 gross ton, 6,850-passenger World Class vessels now under construction in France.

PortMiami will also build new signature terminals for both Norwegian Cruise Line and the new Virgin Voyages as part of long-term revenue agreements with each cruise line. With a unique oval-shaped design, Norwegian Cruise Line’s nearly 166,500 square-foot terminal will accommodate ships carrying up to 5,000 passengers. Currently under construction, it is expected to be completed in the spring of 2020.

Work is also expected to begin shortly on the new 100,000 square foot Terminal V at the northwest corner of the Port due to be completed in 2021 for Virgin Voyages. 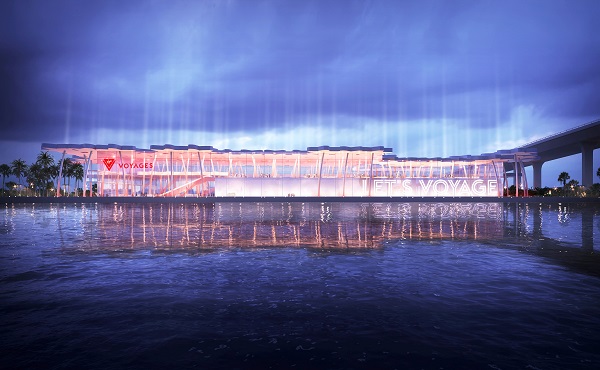 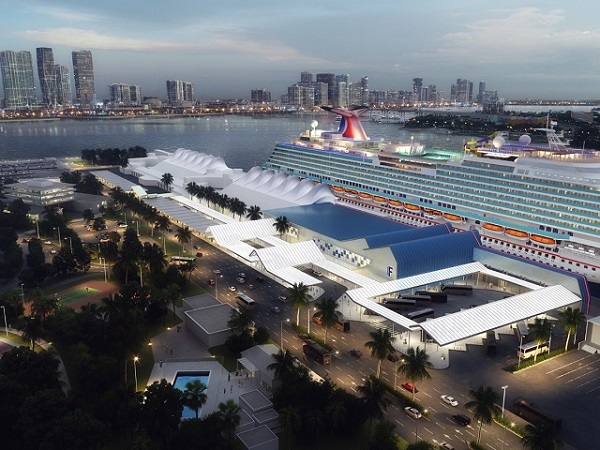 To help PortMiami handle these increases in passenger traffic, an agreement was recently reached for the Brightline train (soon to be rebranded Virgin Trains USA after an investment from Richard Branson’s group) to open a station at PortMiami by the end of 2020. While initially service will be limited to a few round-trips from the port, Virgin Trains plans expansions, including extending the high-speed train line that currently operates between Miami and West Palm Beach to reach the Orlando International Airport.

Having already completed more than $1 billion in infrastructure improvements, PortMiami’s aggressive efforts are designed to ensure that it remains at the forefront of the shipping industry for many years to come.