The Port of Oslo is investing in a novel harbor workboat - a battery-powered, all-electric skimmer for cleanup. The new litter skimmer boat is believed to be the first of its kind in the world. It will have a run time of up to five hours, and can recharge in two hours when berthed at a shore power station.

The 40-foot aluminum vessel will be built by Grovfjord Mek. Verksted (GMV), the shipyard that built the world's first all-electric fish farm boat. Britsh Columbia-based power storage company Corvus Energy is supplying the batteries, and it predicts that ports will soon see the advantages of all-electric workboats.

"We are confident that we will see a massive shift from diesel to battery on all kinds of harbour-going vessels due to substantial benefits," said Roger Rosvold, VP of sales for Corvus. "Battery power reduces emissions, which are increasingly regulated in many ports and harbours. Moreover, batteries are safer and quieter for the crew, and save both fuel and maintenance costs for the owners.”

Rosvold pointed to the Navtek NV-712 ZeeTUG (Zero Emissions Electric Tug) as an example. The ZeeTUG will operate within tight, confined waterways in Istanbul's harbor, and the owner decided to go all-electric rather than hybrid in order to get the most compact package available. It will be the world’s first battery-powered, all-electric tugboat when it enters service this year, and Navtek plans to build three more. 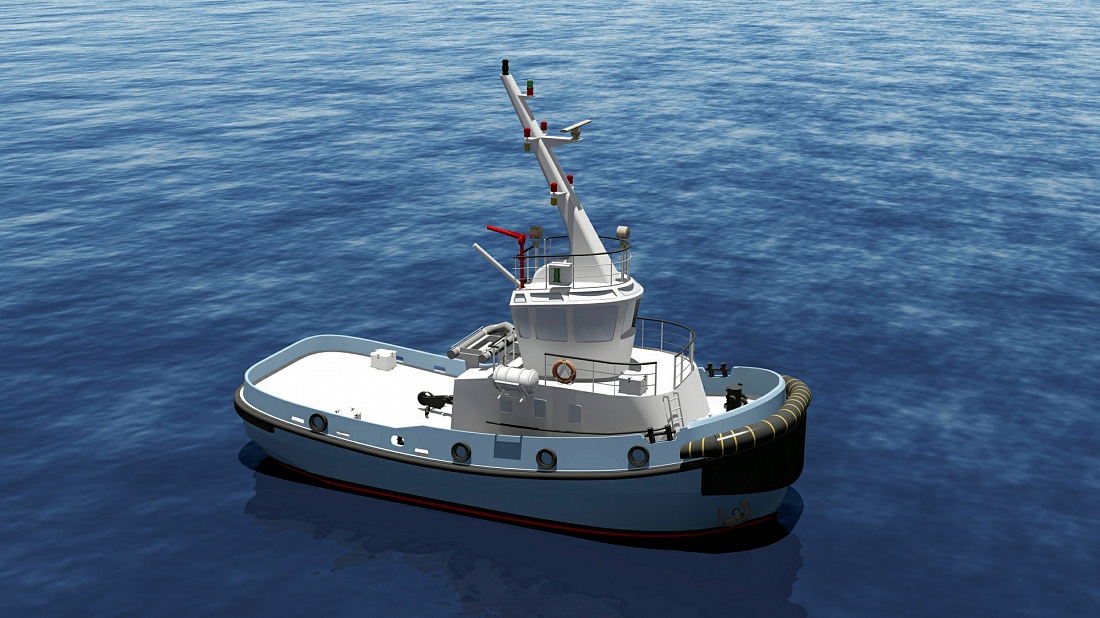 The Royal Navy patrol ship HMS Mersey recently tracked the movements of a surfaced Russian attack submarine as it transited past the United Kingdom. The offshore patrol vessel was tasked to accompany the Kilo-class diesel attack submarine RFS Rostov Na Donu as it made a surfaced passage through the North Sea and the English Channel, headed south from the Baltic to the Mediterranean. Rostov Na Donu is attached to the Russian Black Sea Fleet, and Mersey's crew tracked and reported...

Of the hundreds of millions of tonnes of plastic waste we produce each year, it’s estimated that around ten million tonnes enters the ocean. Roughly half of the plastics produced are less dense than water, and so they float. But scientists estimate that there are only about 0.3 million tonnes of plastic floating at the ocean surface, so where is the rest of it going? Consider the journey of a plastic fiber that’s shed from your fleece. A heavy rain washes...

[Brief] The master of the self-discharging bulker Tertnes died during a voyage from Gulen, Norway to the Port of Dover, and a post-mortem coronavirus test returned a positive result.  On February 24, as Tertnes was under way in international waters en route to Dover, she made a distress call to Norway's Main Rescue Center and requested assistance. The master was having a medical emergency. In response, two doctors were dispatched to the vessel aboard a helicopter; unfortunately the captain did...

[By Marcus Hellyer] Media reports this week have claimed that Prime Minister Scott Morrison has commissioned a Defence Department review into potential alternatives to the Attack-class submarine. That’s prompted a flurry of speculation about whether the government is walking away from France’s Naval Group as its partner in the future submarine program, despite the sunk costs approaching US$1.5 billion, plus several hundred million more in penalty costs. Would the government do that? It’s hard to imagine. Conservative governments in this country draw their...