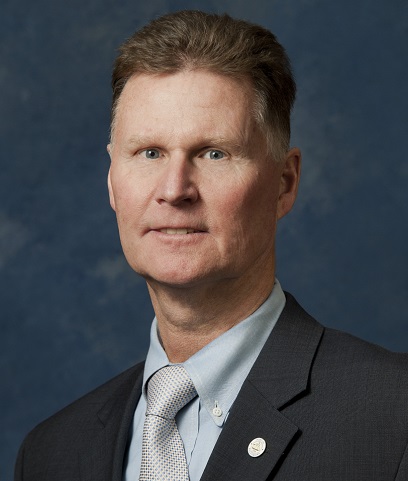 “Jim White is widely regarded as one of the finest port directors in America,” said Governor Larry Hogan. “Maryland has been fortunate to have him at the helm of the Port of Baltimore for so long. I congratulate him on an outstanding career and thank him for leaving the Port of Baltimore in fantastic shape for his successor.”

The Port of Baltimore leads the nation in ro/ro cargo volume and in several bulk cargo categories. It creates nearly $3.3 billion in wages and salaries, $2.6 billion in business revenues and $395 million in state and local tax revenues. The port's operations are responsible for more than 15,000 well-paid direct jobs and nearly 140,000 indirect jobs.

“Jim’s legacy is not only in the tremendous amounts of cargo and revenue that have passed through the Port of Baltimore under his leadership, but in the many careers he has created in Baltimore and around the state,” said Maryland Department of Transportation Secretary Pete K. Rahn.

White began his career with Puerto Rico Marine Management Inc. (PRMMI) in 1975, and he worked at Sea Train and Concorde Nopal before joining the Maryland Port Administration in 1993 as director of operations. He was promoted to deputy executive director in 1995, then executive director in 1999. After becoming executive director, he led the Port of Baltimore as it established new records for cargo volumes and dollar value. He also secured several long-term contracts that kept good-paying jobs at the port.

White left MDOT MPA in 2005 to become senior vice president and chief operating officer for New Jersey-based Ceres Terminals, a stevedoring and terminal operations company. He returned to his previous post as MDOT MPA executive director in 2007 and led the effort to execute a 50-year lease and concession agreement with Ports America Chesapeake to operate the Port of Baltimore’s Seagirt Marine Terminal. The deal included construction of a 50-foot deep container berth and four supersized container cranes.

Recently, White has focused on the efforts to reconstruct Baltimore’s 125-year old Howard Street Tunnel to allow for double-stacked container trains to travel to and from the Port of Baltimore. This project would create thousands of jobs in Maryland and break a significant rail bottleneck that limits the port’s container business.