A team of Polish divers has begun the challenging task of disabling a 12,000-pound British Tallboy bomb dating back to 1945. The giant "earthquake" bomb was designed to penetrate deep underground and detonate after a delay, shattering fortifications from below.

The Tallboy's heavy steel alloy case made up more than half of its weight, and when dropped from a height of 12,000 feet, it could penetrate up to 16 feet of hardened concrete. When detonated, it would leave a crater measuring 80 feet deep by 100 feet in diameter. This blast was enough to shatter heavily-reinforced bunkers or undermine them to the point that they would be unusable. In the last two years of the war, the Tallboy was deployed successsfully against dams, bridges, V rocket launch sites, anti-aircraft installations, submarine pens and - in an unusual anti-ship role - against the German pocket battleships Tirpitz and Lutzow as they lay at berth.

The Tallboy was fitted with three independent time-delay fuzes, increasing the odds that the bomb would detonate successfully. However, even this arrangement did not always guarantee that it would go off. In the Polish seaside town of Swinoujscie, a Tallboy was recently found sitting nose-up in the sediment at the bottom of the Piastowski Canal (Piast Canal). The bomb is believed to be a relic of the RAF attacks on the Lutzow, which resulted in the partial sinking of the battleship on April 16, 1945.

Unexploded Tallboys have been neutralized on land before, but this is the first time that the task will be carried out underwater on such an intact specimen, Polish Navy spokesman Lieutenant Commander Grzegorz Lewandowski told AFP. He said that the task is hazardous because the explosives may have become less stable over time, rendering them sensitive to vibration or impact.

The five-day operation requires the dive team to remove some of the mud around the bomb to give them enough access. When preparations are complete, they will remotely ignite (not detonate) the bomb's contents, burning it out in a controlled manner. As it is close to a ferry crossing and a bridge, exploding the bomb in place was judged too risky. 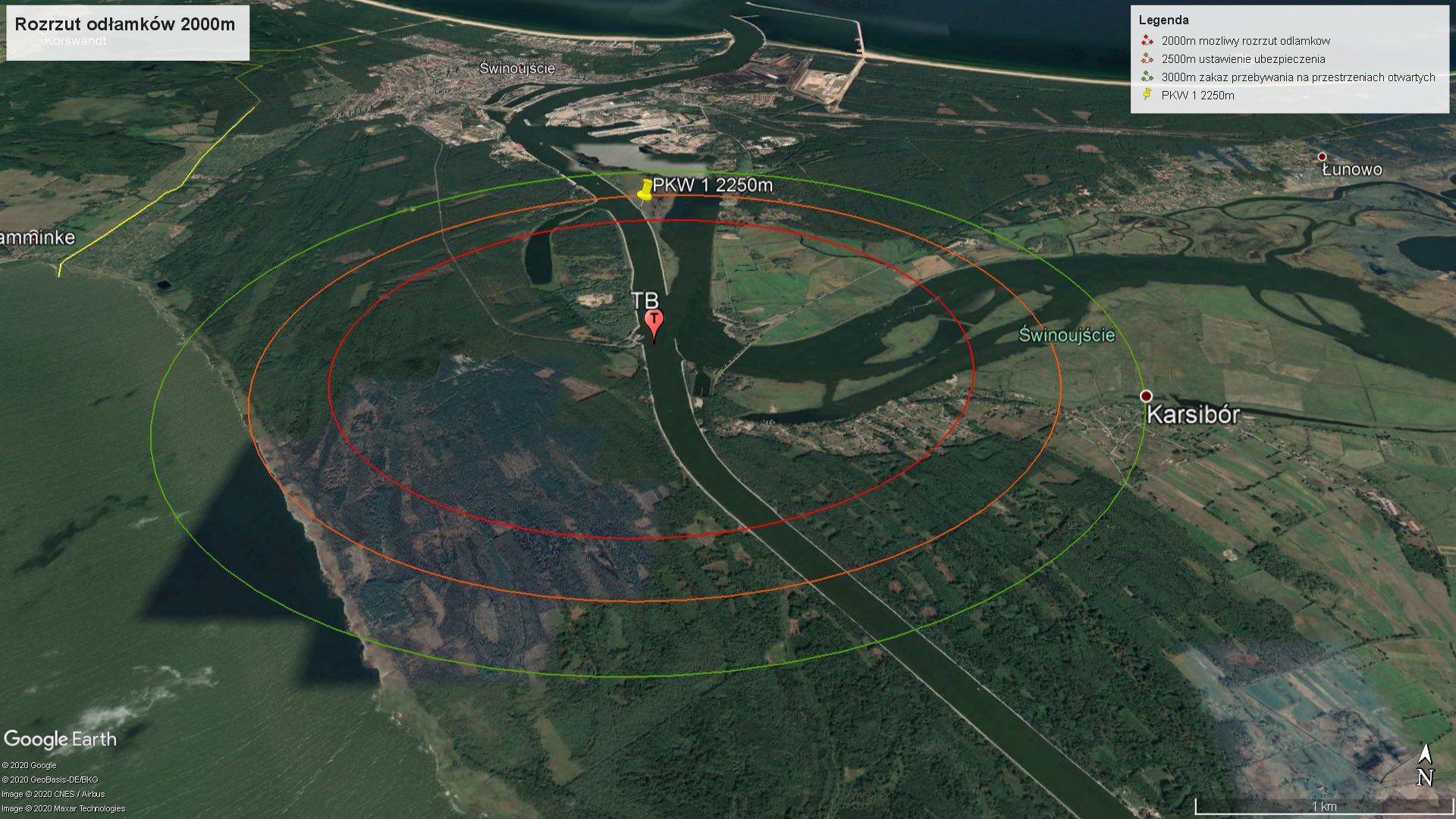 As a precautionary measure, local officials are evacuating the surrounding area for a distance of 2,500 meters in every direction. Residents located between 2,500 meters and 3,000 meters away have been cautioned to stay inside and away from windows. About 750 people are affected by the evacuation order, according to the Swinoujscie city government. The Karsibór bridge will be closed while divers are working.