Polar Star, the United States’ sole heavy icebreaker recently returned home after a 147-day Antarctic deployment making several milestones in her long career. Commissioned in 1976, Polar Star is playing a critical role with the U.S. Coast Guard also undertaking critical steps to maintain and modernize the vessel until the first of three new heavy icebreakers is due for delivery likely in mid-2025.

“I am so proud of this crew and their accomplishments,” said Captain William Woityra, commanding officer of the Polar Star. “They overcame constant challenges to complete the mission and set records along the way. They epitomize the values on the Antarctica Service Medal: courage, sacrifice, and devotion. I can think of no better team to lead future expeditions and new icebreakers as the Coast Guard invests in Polar Security Cutters.”

The 140-member crew of the U.S. Coast Guard Cutter Polar Star departed their Seattle homeport on November 13, 2021. While in Antarctica, Polar Star transited through more than 450 miles of pack ice and broke a 37-mile channel through seven-foot thick fast ice to McMurdo Station to allow the safe transit and offload of supply vessels Ocean Giant and Maersk Peary. Polar Star also partnered with the Royal New Zealand Navy to escort the ice-capable logistics ship HMNZS Aotearoa for its first trip to McMurdo Station. 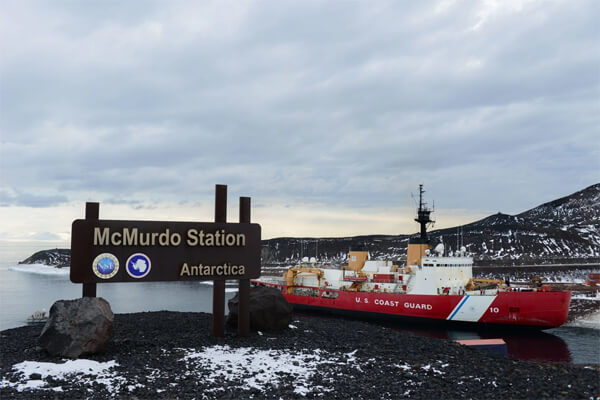 During the deployment, she also set a new record for the furthest south any vessel has navigated. Transiting to the Bay of Whales on February 17, Polar Star set the record, reaching 78 degrees 44 minutes 1.32 seconds south latitude, keeping about 500 yards from the ever-shifting Ross Ice Shelf. The cutter also surveyed 396 nautical miles of the ice shelf for future navigational use.

After completing operations in Antarctica, Polar Star moored in Hobart, Tasmania, Australia to host a reception before the voyage back to the United States. The cutter also made several international port calls including stops in Wellington and Lyttelton, New Zealand, during her deployment.

This year marks the 66th iteration of Operation Deep Freeze, an annual joint military service mission in support of the National Science Foundation, the lead agency for the United States Antarctic Program. The U.S. Department of Defense and the Coast Guard have provided since 1955 air and maritime support across and around the Antarctic continent. Since 1965, the Coast Guard has been the sole provider of the nation’s polar-icebreaking capability. 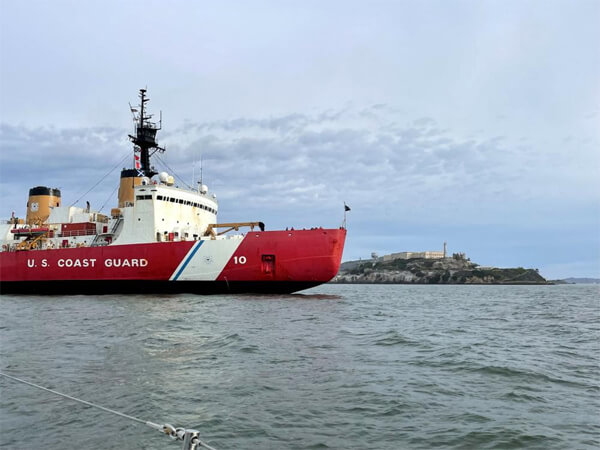 Polar Star, however, did not return to its homeport of Seattle, at the completion of this deployment, instead proceeded directly to dry dock in Vallejo, California, to immediately start work on the second phase of a five-year, $75 million Service Life Extension Program. The Coast Guard will replace antiquated technology to ensure the longevity of the nation’s only operational heavy icebreaker while in dry dock this year.

The Coast Guard is increasing its icebreaker fleet with the construction of three new Polar Security Cutters, but in February, Admiral Karl L. Schultz, commandant of the Coast Guard, reported that the first of the new vessels, which will be named Polar Sentinel, remained in design phase delayed in part by the pandemic. He said that he was however hopeful that the first new icebreaker could be delivered by May 2025. Until then, Polar Star is the United States’ only operational heavy icebreaker to ensure a persistent national presence and reliable access to the Polar Regions.