One man is missing after an explosion on an oil platform in Lake Pontchartrain near Kenner, Louisiana, on Sunday evening.

U.S. Coast Guard Sector New Orleans received a report from a witness at approximately 8 p.m. of an oil platform explosion. The fire on the platform, which is owned by Clovelly Oil Co., has since been extinguished. 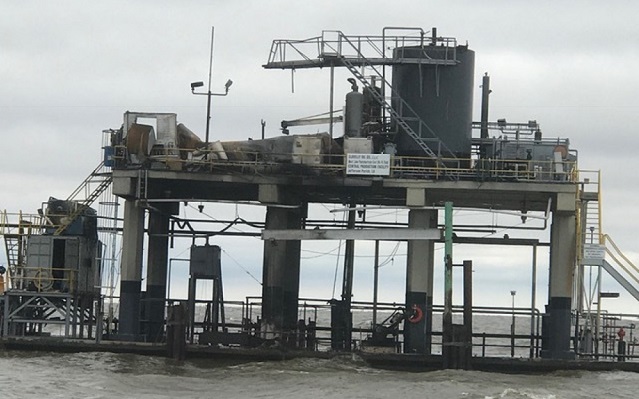 It was reported by one of the platform workers that eight people were aboard at the time of the explosion, and one person did not make it to shore. Of the seven people who made it to shore, six were taken to the hospital. The Coast Guard and partner agencies continue to search for the missing man.

Louisiana Wildlife and Fisheries, Jefferson County Parish and St. Charles Parish also have marine units on scene. Bayou Gauche Fire Department and a good Samaritan vessel are on scene fighting the fire, which has been reduced substantially.

The name of the missing man is not being released at this time.

The cause of the incident is unknown.