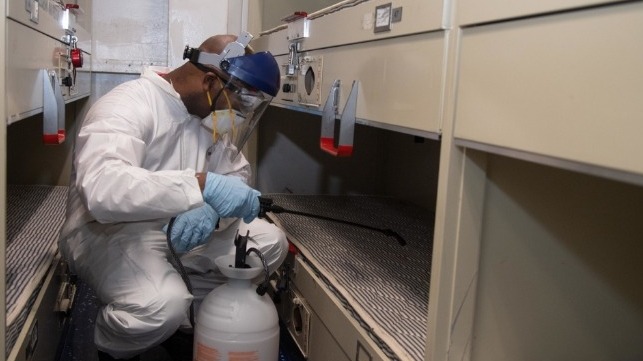 Pilot Boat Capsized Due to Wake and Currents

A preliminary investigation into the capsize of the pilot boat L242 has determined that the craft did not collide with the vessel it was approaching at the time of the accident. Instead, a combination of swells, the wake from the nearby ship and powerful currents led to the capsize of the boat and the death of two individuals on board. Based on information gathered so far, investigators believe that the boat was pushed over to 90 degrees by the combination of these forces. It remained at this angle temporarily, then fully capsized.

At 1700 hours on December 8, the Swedish Maritime Rescue Center Helsinki received notification that a pilot boat had capsized east of Helsinki. The Finnish Border Guard dispatched boat units from Suomenlinna and Porvoo, along with helicopters from Helsinki and the patrol vessel Turva. The responders attempted to parbuckle the pilot boat, but it sank during the righting evolution. After the sinking, divers searched the interior and found the bodies of the boat's two crewmembers.

The boat was carefully refloated and salvaged in mid-December, and it has been brought ashore for investigators to examine. The inquiry is expected to last until next summer.

According to Jens Ahlsko, CEO of boat manufacturer Kewatec Aluboat, L242 was designed to recover from a roll of up to 75 degrees - well in excess of the 60 degree minimum required by regulations. Once the boat rolled over, though, it would have flooded through its ventilation system. The vessel was compliant with all design and construction standards, and orders for the same model contine to come in, he said.

However, Ahlsko suggested that regulatory requirements may change in response to the fatal casualty. Some pilots' associations in other parts of the world - like those for the Columbia River Bar, Oregon, the port of Timaru, New Zealand and Port Adelaide, Australia - operate self-righting boats that roll over to recover from a capsize.

The U.S. Navy has issued new fleetwide guidance intended to leave COVID-19 on the pier and maintain a "clean bubble" around the ship. The new requirements prior to deployment include a health screening, a minimum of 14 days in "sequestered status," and adherence to preventative measures like masks and handwashing while underway. Even with these extensive preventive measures, the guidance acknowledges that there is no guarantee that coronavirus has been kept off the ship - not even with lab testing.  The...