On July 25, an MH-60R Sea Hawk from the Arleigh Burke-class guided-missile destroyer USS Michael Murphy sighted a low profile vessel at an undisclosed location off Central or South America.

As the helicopter approached the craft, a hatch opened on the top of the vessel and three passengers began to throw objects into the water. With guidance from the helicopter aircrew, the USS Michael Murphy’s interceptor boat collected the jettisoned items and chased down the low-profile vessel.

Michael Murphy remained alongside the suspicious vessel until the U.S. Coast Guard cutter Midgett arrived on scene. The Coast Guard is a law enforcement agency as well as a branch of the military, and cutters operating in the Eastern Pacific and Caribbean typically carry law enforcement detachment (LEDET) boarding teams for vessel inspections and arrests. Midgett is brand new - so new that she has not yet been fully commissioned and is operating on a "special" commissioning status. 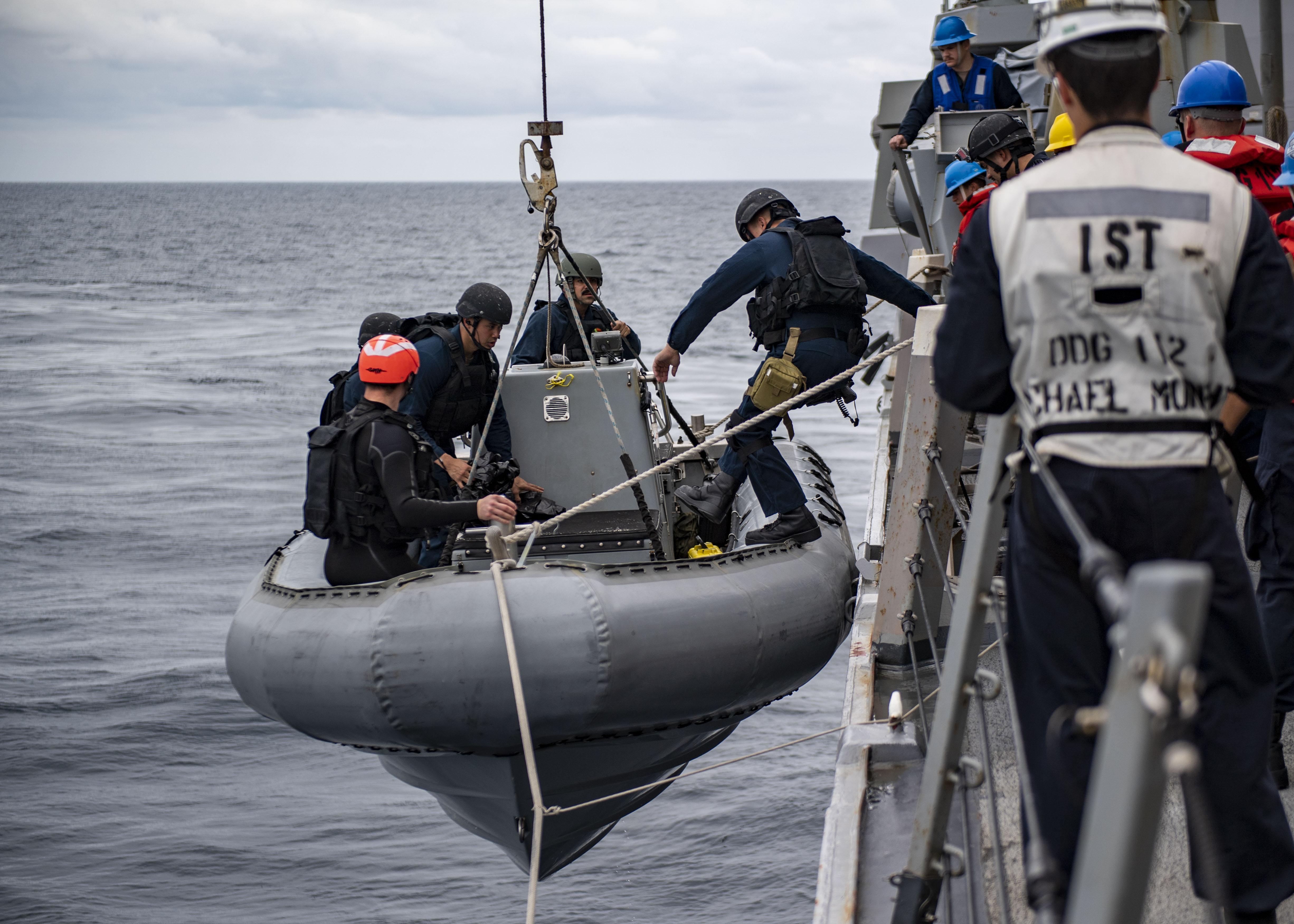 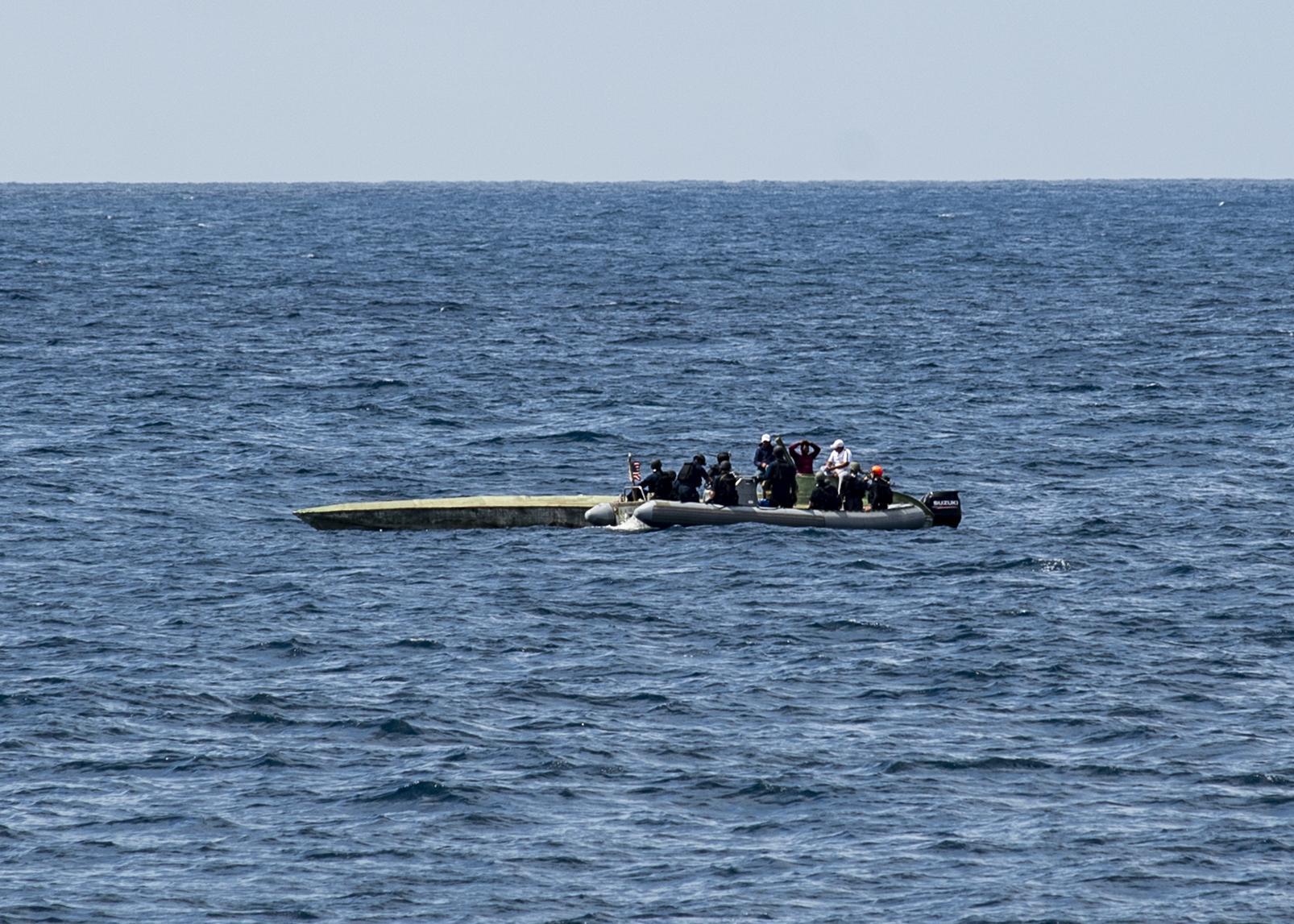 “From our air detachment and interceptor boat team to the men and women aboard the ship, everything came together to conduct the identification, interception, and approach,” said Cmdr. Christopher Forch, commanding officer aboard USS Michael Murphy. “The handoff to USCGC Midgett was smooth and successful – a true team effort by two agencies.”

USS Michael Murphy is deployed to the U.S. 4th Fleet area of operations (Central and South America). The destroyer rescued five fishermen in a small craft from Peru on the day prior to the cocaine seizure and called at Balboa, Panama on the day after, indicating that the interdiction likely occurred in the Eastern Pacific at a location between Peru and Panama - a busy region for maritime cocaine trafficking.