[Brief] On Sunday night, a buoy tender belonging to France's Phares et Balises (Lighthouses and Beacons) service dragged anchor and went aground on a waterfront promenade at Ajaccio, Corsica.

High winds from Storm Bella swept through the port of Ajaccio on Sunday night, driving the buoy tender Iles Sanguinaires II onto a rock revetment at the Quai des Torpilleurs, a waterfront promenade at the north end of the city. About 1,000 gallons of fuel oil have escaped from the vessel so far, and the City of Ajaccio has provided a 300-foot containment boom to deploy around it in order to prevent the spread of pollution. 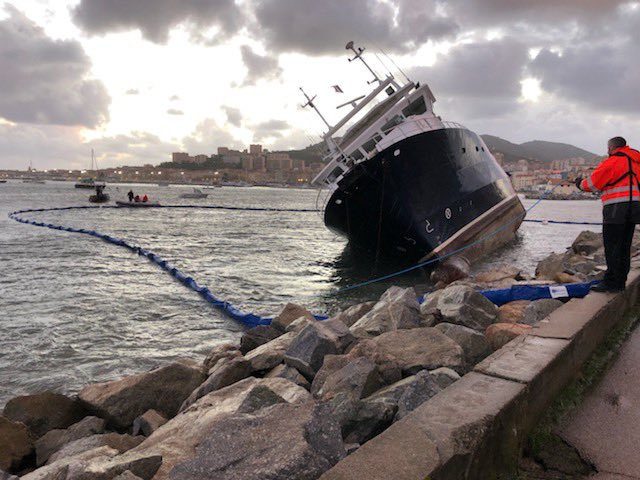 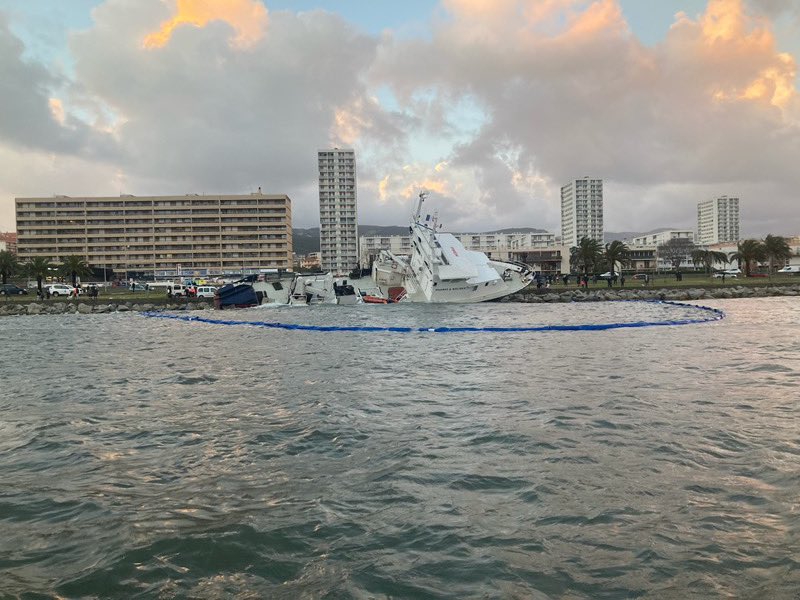 An additional 16,000 gallons of fuel are still on board and will have to be pumped off, according to local media. De-bunkering operations have been delayed by concerns that emptying the fuel tanks could affect the vessel's stability, and it is possible that continued inclement weather could delay a refloat operation until early January.

Iles Sanguinaires II is a 120 GT, house-forward buoy tender built in 2005 under a fleet replenishment program.