Last weekend, taking advantage of a massive iceberg calving event on the edge of Antarctica's Brunt Ice Shelf, the German research vessel Polarstern managed to squeeze in a rare opportunity for scientists to study seabed communities under the thick ice.

A huge iceberg dubbed A-74 broke off the Brunt Shelf at the end of February, and Polarstern was the only research vessel in the area. When a good weather window came around, her crew navigated the narrow channel between the iceberg and the shelf to give scientists unprecedented access to study seabed life under the ice. 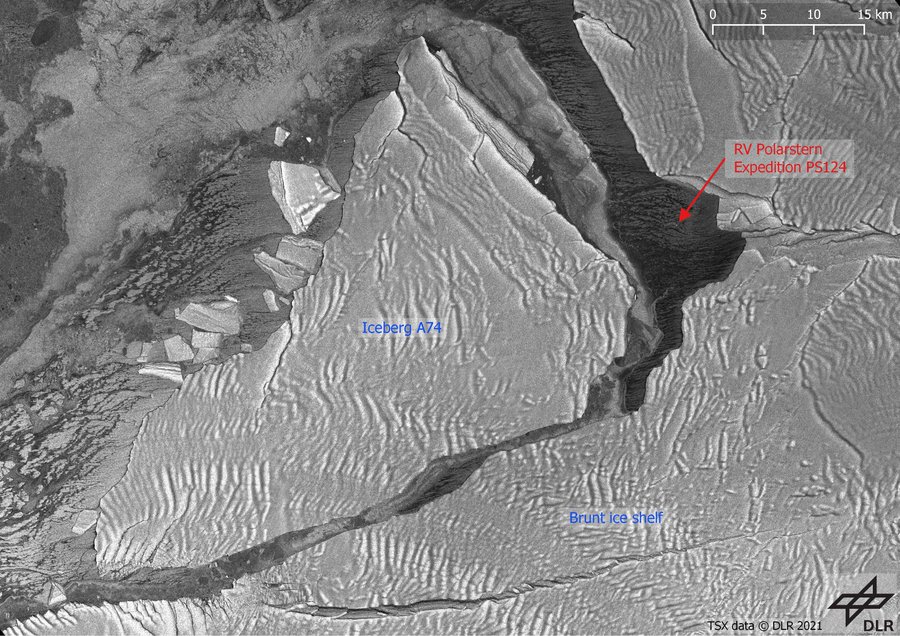 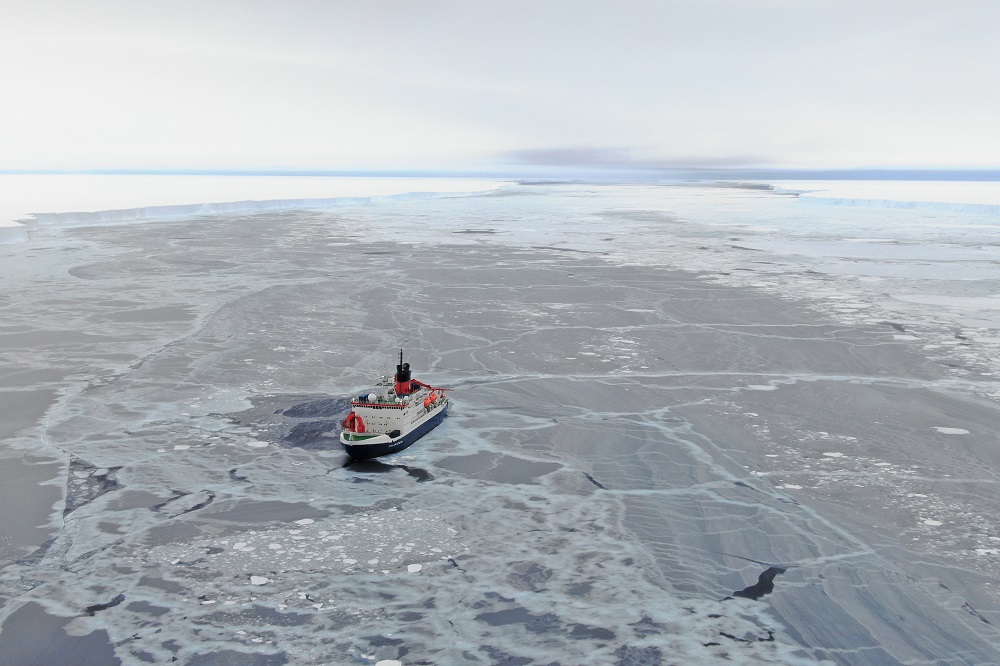 Polarstern at the narrowest stretch of the crack, which measured some 500 meters wide (Ralph Timmermann / Alfred Wegener Institute) 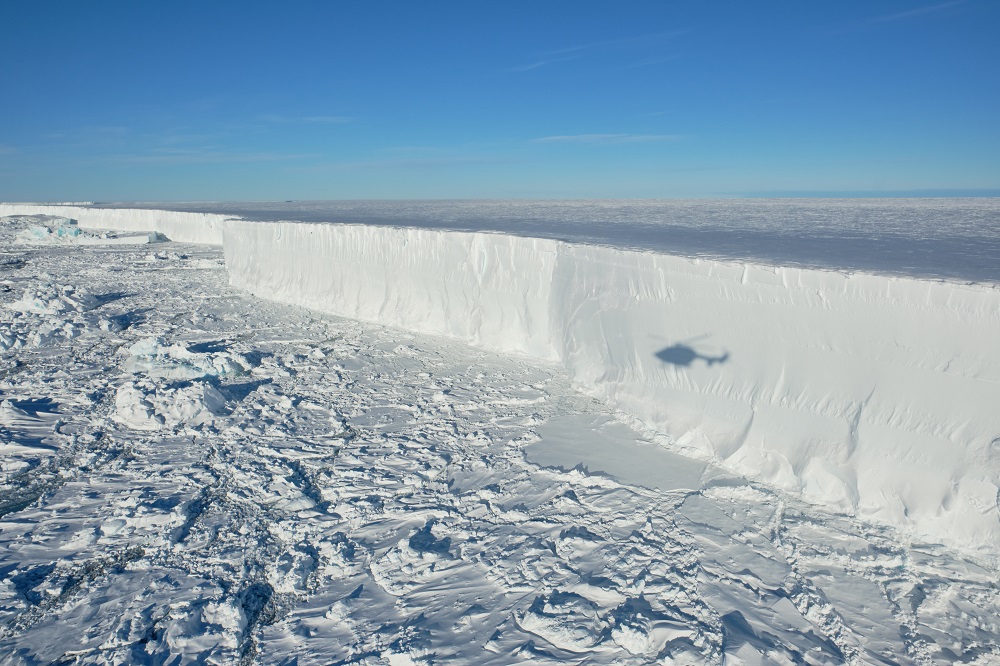 According to the Alfred Wegener Institute, the Polarstern's operator, the first images of the sea floor show an impressive diversity of life in a region that was covered by thick ice for decades. The science team aboard the vessel took sediment samples, which will provide more information about the ecosystem. Water samples will yield new insights into nutrient content and currents in an area that was not previously accessible, and buoys placed by the team will detect and record changes in salinity, temperature and currents.

The institute says that this on-site research is essential to understand the process of iceberg calving and the marine life that exists in darkness under the ice. A calving event of this size occurs only once every 10 years or so in East Antarctica, and it is rarely possible for scientists to be there when an iced-over area is exposed to sunlight and open sky for the first time.

"It is a stroke of luck that we reacted flexibly and that we were able to research the [calving] process on the Brunt Ice Shelf in such detail," says Dr. Hartmut Hellmer, physical oceanographer at the AWI and leader of the expedition. 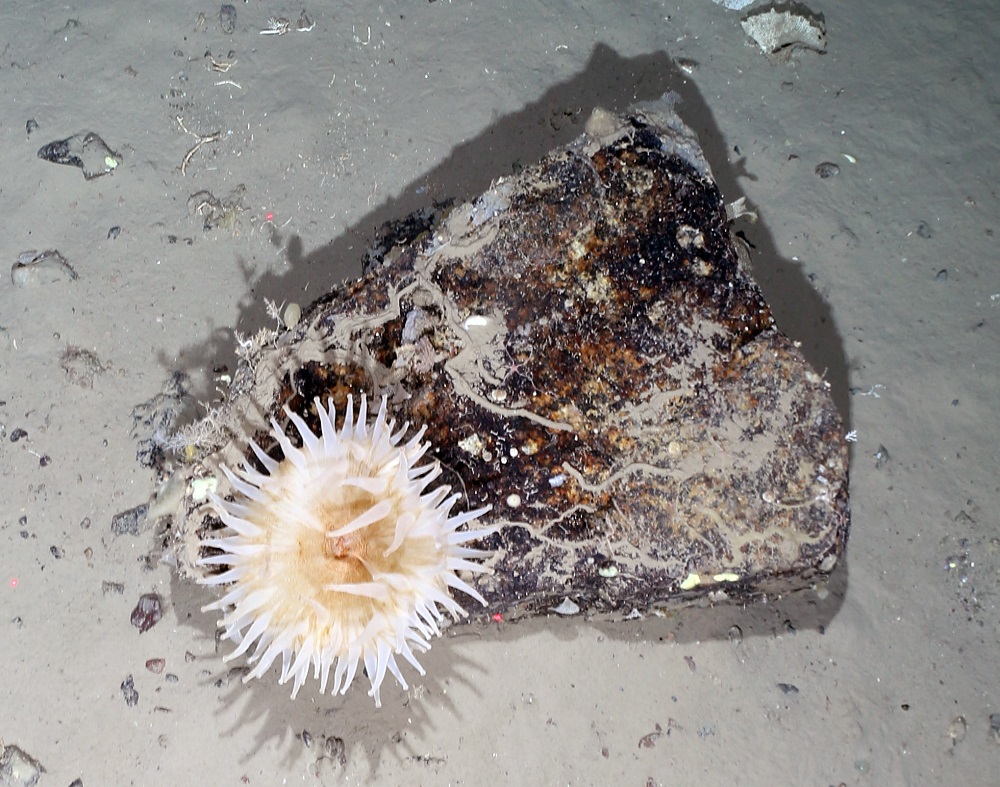