Allseas' heavy lift / pipelay vessel Pioneering Spirit, the world's biggest ship by displacement, has completed a single-lift removal of the 44-year-old Brent Alpha platform in the UK North Sea. The 17,000-tonne topside module will be transferred to a deck barge and towed to a scrapping yard in Teesside, UK for recycling.

The final lift was a rapid evolution, but it was only possible with extensive preparation. Before the ship's arrival, Allseas' engineers installed lift points on the platform legs, strengthened the legs with grouting, designed and fabricated "horseshoe" lifting yokes, and removed and separated underdeck caissons and risers. 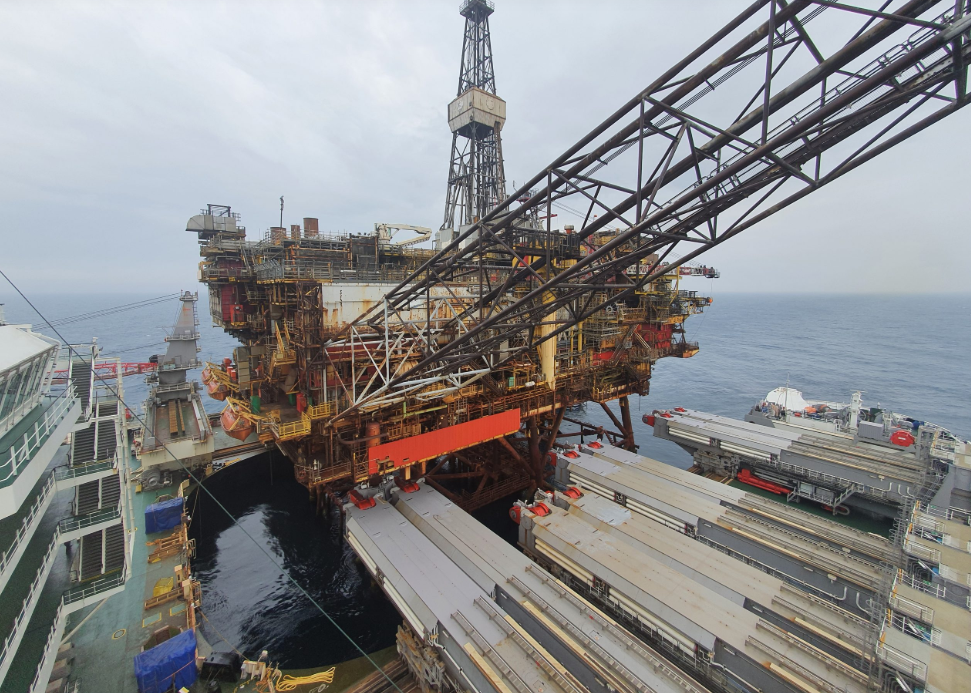 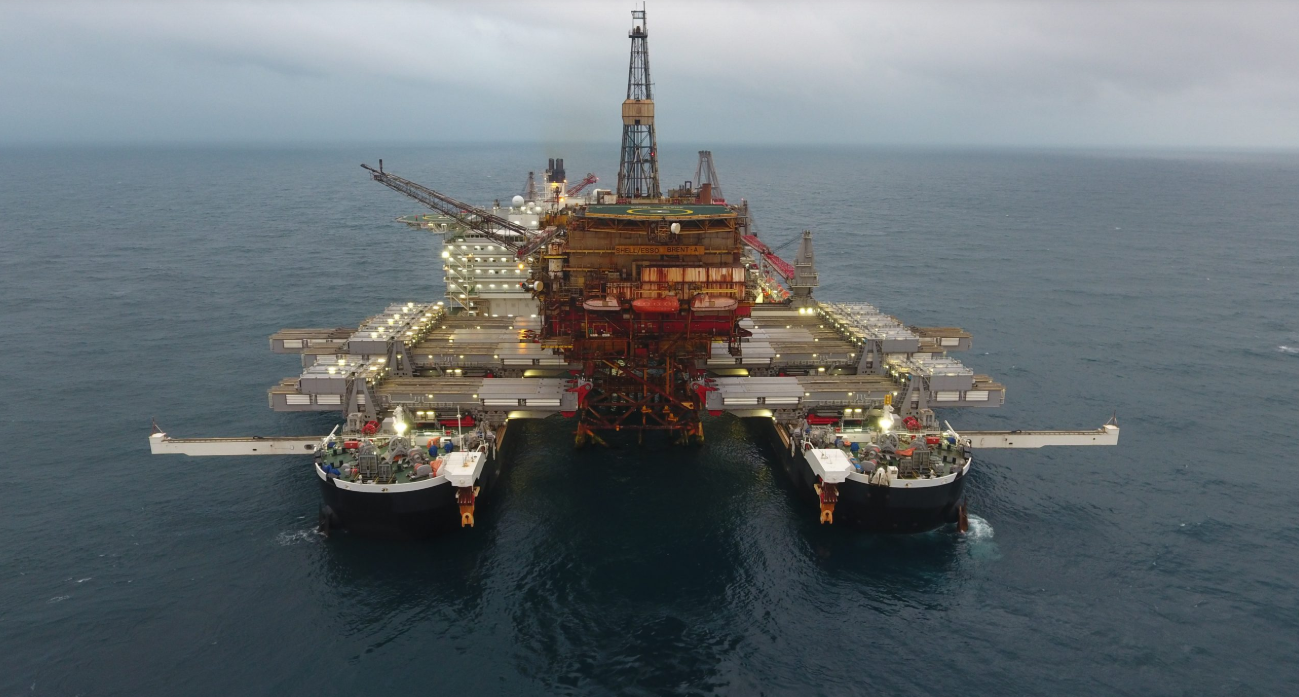 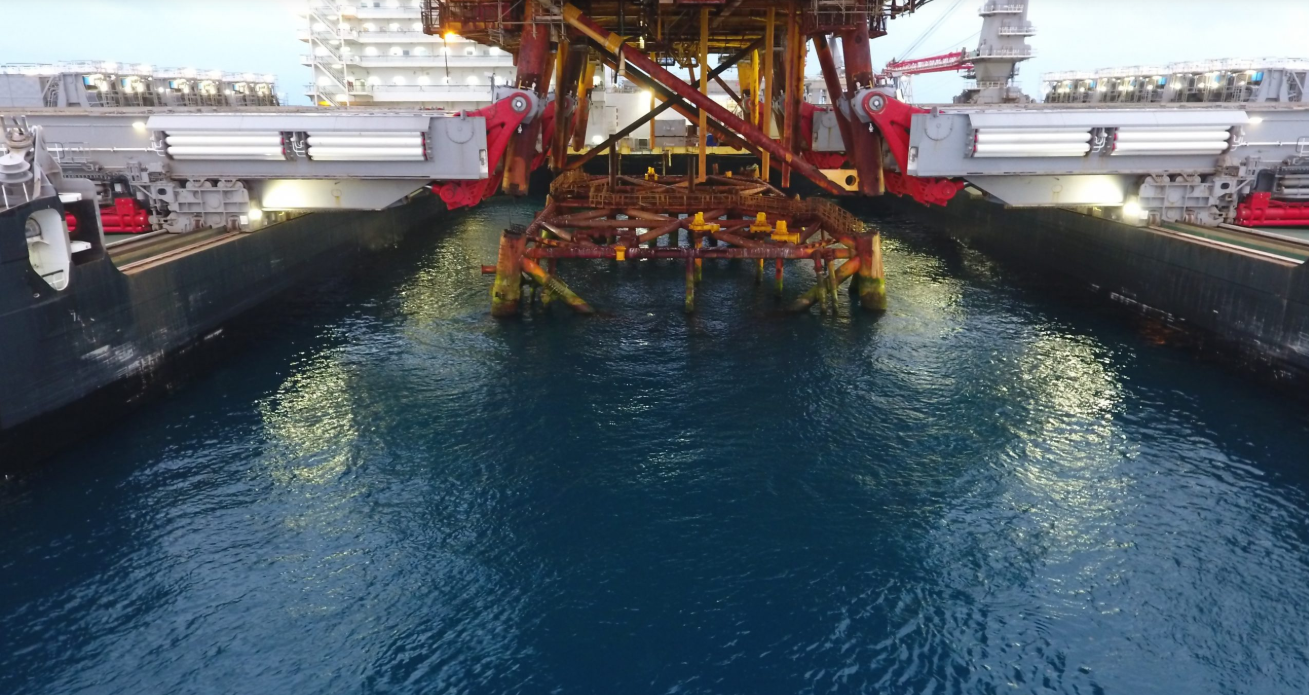 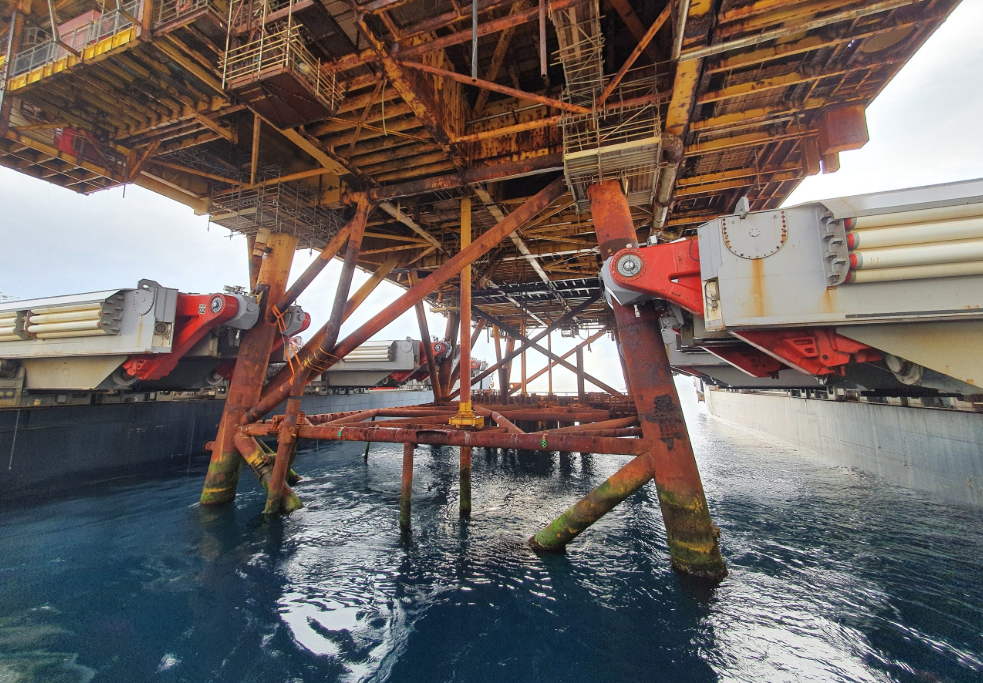 The four platforms at the Brent oil field are a landmark of 1970s-era offshore development, and they are the namesake of the Brent oil price index. Their production peaked in 1982 at 500,000 barrels per day, and the field infrastructure was modified in the 1990s to optimize natural gas output. In 2011, with production in decline, operator Shell UK began shutting it down sequentially: Brent Delta stopped production in 2011 and Brent Alpha and Bravo ceased in November 2014.

Shell's decommissioning plan involves plugging a combined 146 wells and removing all platform topsides. The jackets, which would be exceptionally challenging to remove safely, will remain in place. Shell contracted with Allseas to conduct the world's first single-lift removal of platforms in this size class, beginning with Brent Delta in 2017 and Brent Bravo in 2019.

Pioneering Spirit is the only ship capable of single-lift placement / removal of full-size platform topsides, and she is also the world's heaviest-capacity pipelay vessel.